Saturday 26th May From Mary Pool to Wyndham

Mary Pool rest area was close to a nice river where we could observe different birds, like this jabiru seen from afar and this white ibis, and a few more.

While we were having breakfast, there was this grey bird hanging around, greedy for some food and not shy at all.

We stopped on the bridge nearby the rest area that we had crossed in the night to arrive there. Here was the river it was on. 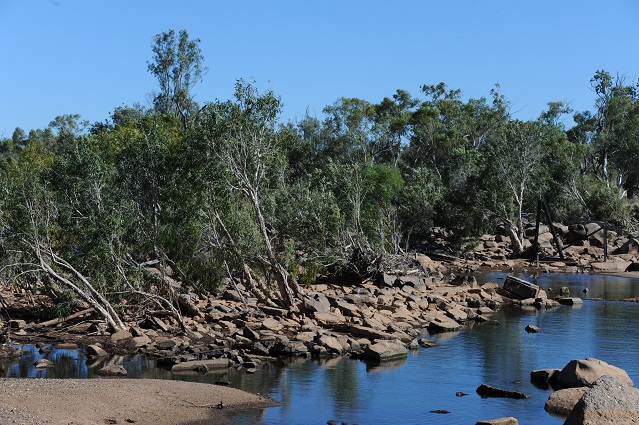 Nearby was a cockatoo tree. I knew that bird fruit, the cockatoo, but I had never seen the tree on which this bird fruit was growing, so it was cool to see where it came from. Yep.

We drove the whole way north to Wyndham that day. Not much to say apart from the fact that the landscape was as beautiful as always on this road.

Here are a few pictures. 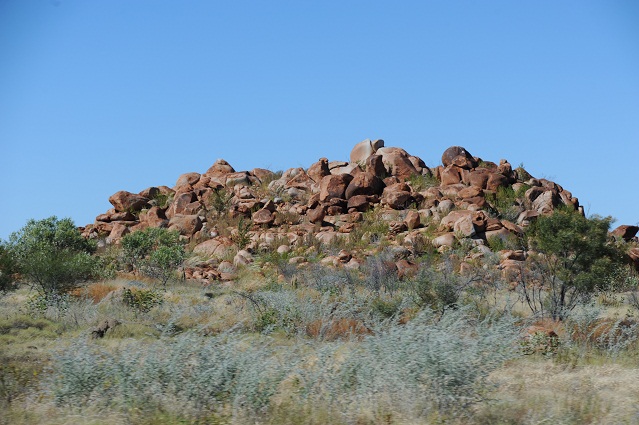 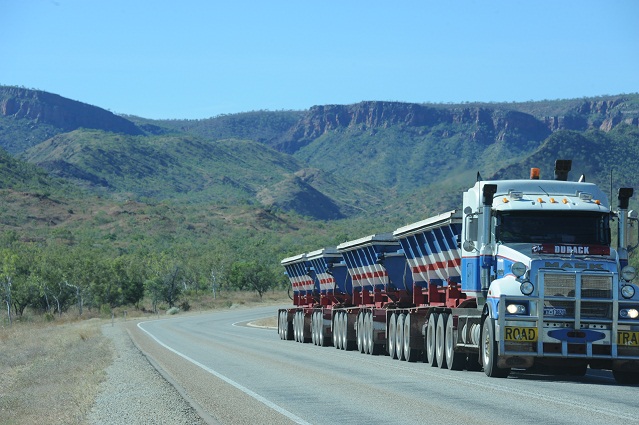 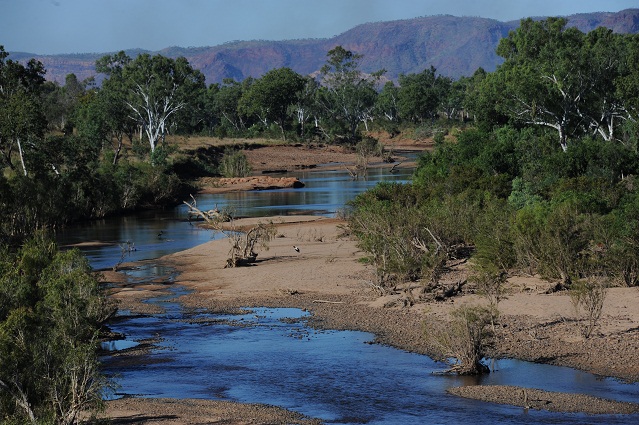 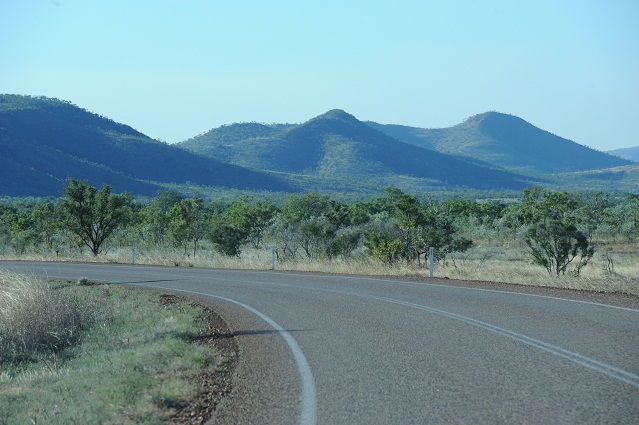 We arrived in the tiny city of Wyndham, where by that time the wicked camper had learned to fill its tank itself, as it was already the 20th time we were filling it again! Good boy. Learning fast.

There were some cool frogs hanging around the kitchen and also in the bathroom at the camping where we stayed. Here is the frog of the kitchen. 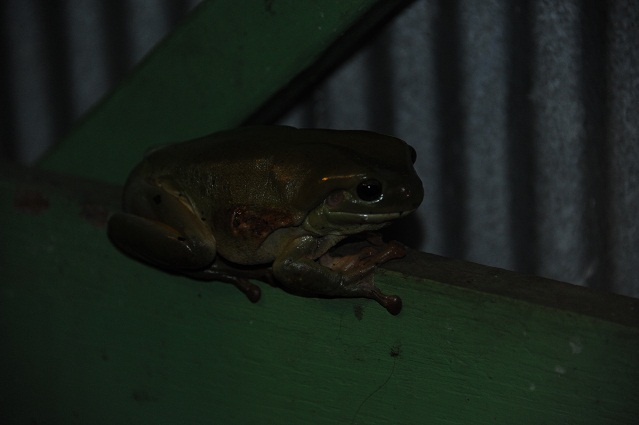 Woooo…And we had a shower that evening!!! Yeah!!! After 3 nights without, it was awesome and enjoyable!

Sunday 27th May From Wyndham to Kununurra

In the morning, a new bird. So cute the way he was waving his tail all the time.

In the camping was a old baob which was apparently about 1,000 years old! We asked our wicked if he was ok to pause in front of it, and that car is always up for a few photos, with the smile.

We went quickly to the jetty but there was not much to see there, and no Murphy to who to say hello either. So we drove to the “5 rivers lookout” and there was another astonishing landscape to look at.

Again, not much to write here, more to show you. Aouuuu!!!!

After that lookout, we drove in the direction of Paroons Reserve but didn’t make it to the end as the road was an unsealed road. 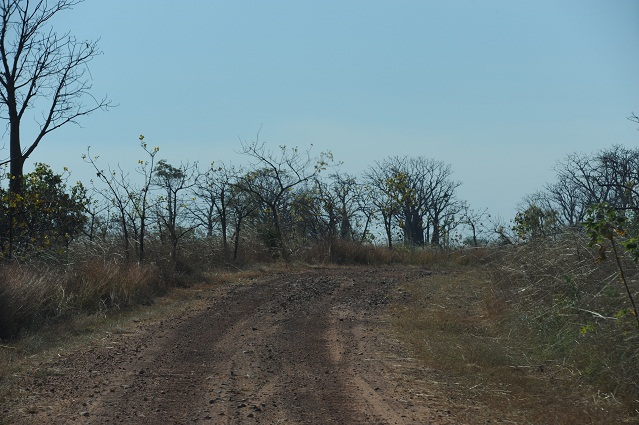 It was really tricky to drive on it for us, so we stopped at some point and enjoyed the view from where we were, a view which was not that bad anyway.

There was a beautiful tree with yellow flowers, a nice contrast with the surrounding landscape.

We saw an eagle which was flying around hunting and often coming back to that branch.

Then we drove to a place called “The Grotto”. A beautiful landscape there too.

We went down to some little water pond. 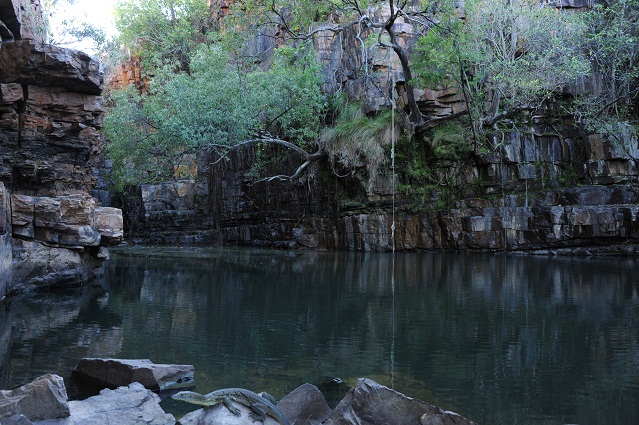 There we saw this varung, similar to the ones going around in Bangkok. 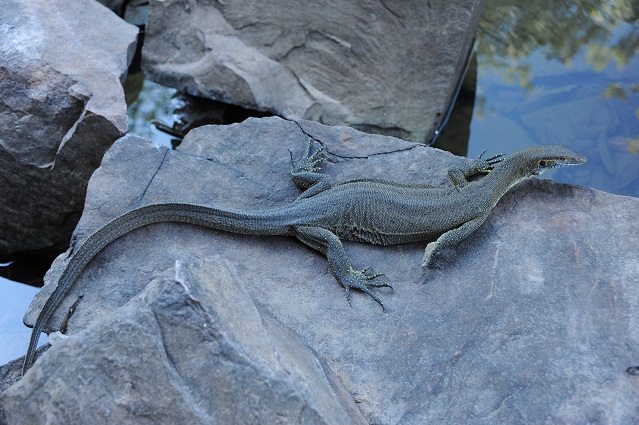 We saw the sunset from the road. 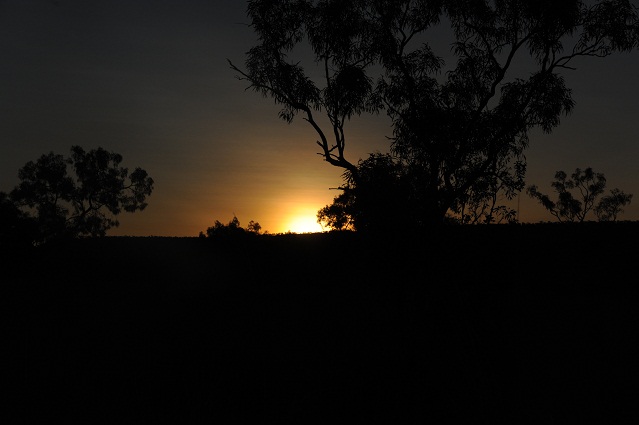 We passed a nice river while on our way to Kununurra. 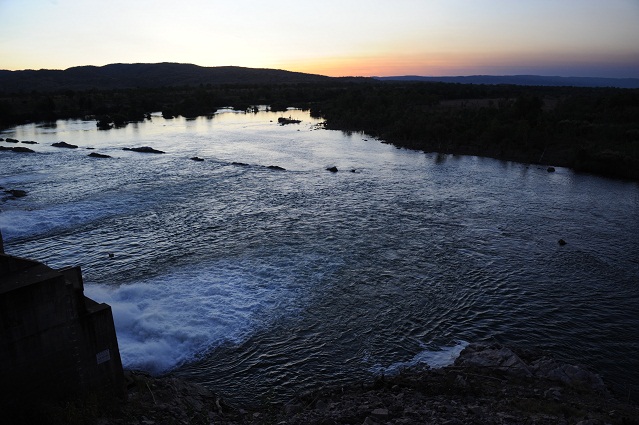 We arrived in Kununurra in the evening, parked our van on the campground and went to a street where there was a street party going on.

The Germans all got some fish and chips fast food that they ate there while we sat and listened to some nice band playing Johnny Cash and other music. I was more up for some pasta pesto on the campground, so I went to the kitchen and there were 5 guys playing guitar together really well, while other people were listening and chilling out, this mix created a really nice atmosphere. I talked with a French guy who was 21 and had come here on a working holiday visa. His job was to fix the plumbing and do other repairs in government houses in which Aboriginal people were living and told me he was making three times more money than in France and was happy to be here for the experience and practising English. There were actually a lot of French people working there and Kununurra seemed to be a nice place to choose if willing to work in Western Australia.