As a matter of principle, I never work on my birthday. Ever. So I took the Thursday 19th March off, and hey why not the Friday off too right? My boyfriend took those days off too and we left right after work on Wednesday 18th March around 4pm.

Here is a map of the road-trip we did North of Brisbane, stopping at Glasshouse Mountains first, then heading to Mon Repos, then Noosa, Eumundi and Kenilworth near Conondale National Park then back in Brisbane. 4 days, 864kms, about 10h drive, staying local.

We arrived at the Glasshouse Mountains Ecolodge around 5.30pm in time for sunset. From the deck, there was a beautiful view of the Tibrogargan mountain right next to it.

We really loved this place as there was magic everywhere, many species of trees, including a Star Fruit tree.

There was also a lot of birds made of reused iron bars, I felt like being in Alice in Wonderland.

They had purchased 2 old railway wagons. One had been transformed into some rooms.

The other one into a common living room. 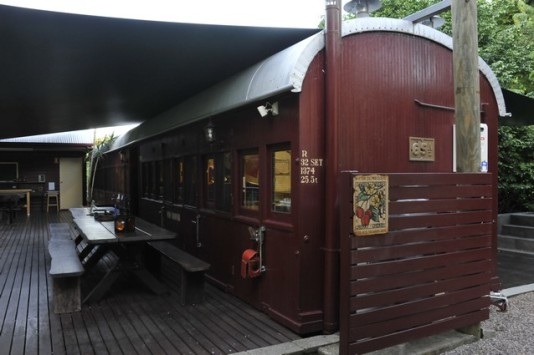 We spent the evening chilling out in there and it did feel like being on a comfortable rail journey! 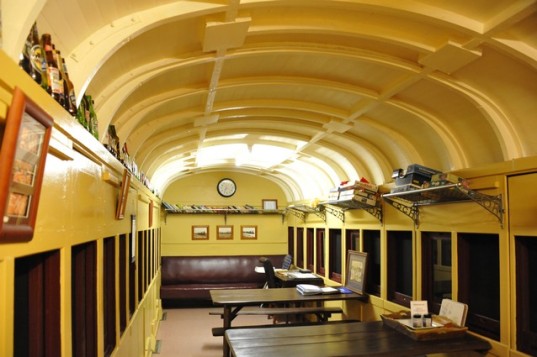 Sadly, there were also cane toads. 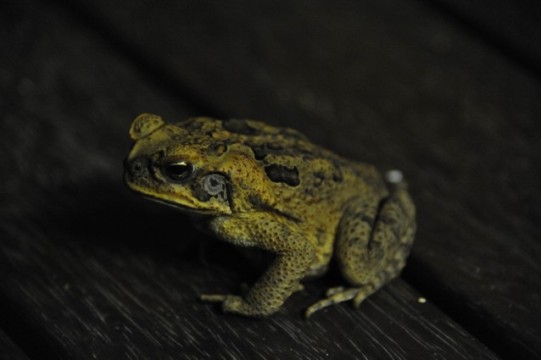 This illustration explains how to recognise them:

Cane toads are originally from South America and were introduced in Queensland in 1935 in the Sugar Cane area up North with the idea that they would eat insects and serve as natural pesticides. Unfortunately, that wasn’t a success but they definitely had an impact, a negative one, on a lot of native species of Australia, eating their food but also poisoning the ones who tried to eat them as their skin is poisonous. Australia still tries to get rid of it but hasn’t found yet an efficient way and fears that cane toads will spread even more. You can read more information here if interested: https://www.agric.wa.gov.au/amphibians-and-reptiles/cane-toad

That evening we also learned about the legend of the Glasshouse mountains which I took a picture off.