In Campo Grande, I went to the Information Desk and asked when the next bus for Foz de Iguazu was leaving. The woman told me it was leaving at 5.20pm. It was already 5.40pm. She said the bus was late and had not arrived yet. Awesome for once! I went to the ticket booth and bought the ticket.

The bus arrived 25 minutes later which just gave me enough time to finally withdraw some reals and also buy some sandwich for dinner.

Here was the map of this journey. Not sure exactly which road we took but we went through Cascavel at the end. The journey between the two was between 701 and 962 kilometers.

Sunset from the bus 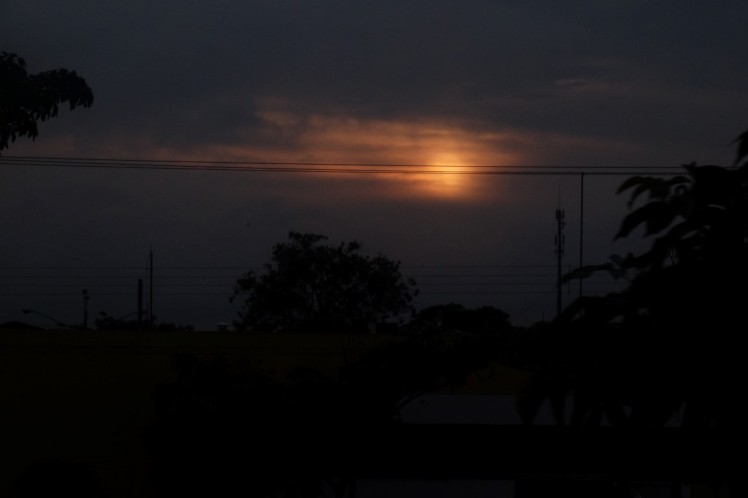 15 minutes later, the bus stopped…for a dinner break. Ahah. Ironic how in the morning I was starving, waiting for the lunch break and kicking myself for not planning a bit more, and how in the same day for the dinner thing I just planned too much! The break was 40 minutes so everyone got out. I was not really hungry but didn`t mind charging my phone and computer. Here was the restaurant.

Here was the 5-plug spot which was very handy. I was not too hungry and there was a guy who was not either so both of us got in charge naturally of keeping an eye on the phones of everyone and ensuring all of them were charging. We took our mission very seriously. We joked that maybe we should get paid for that ahah. 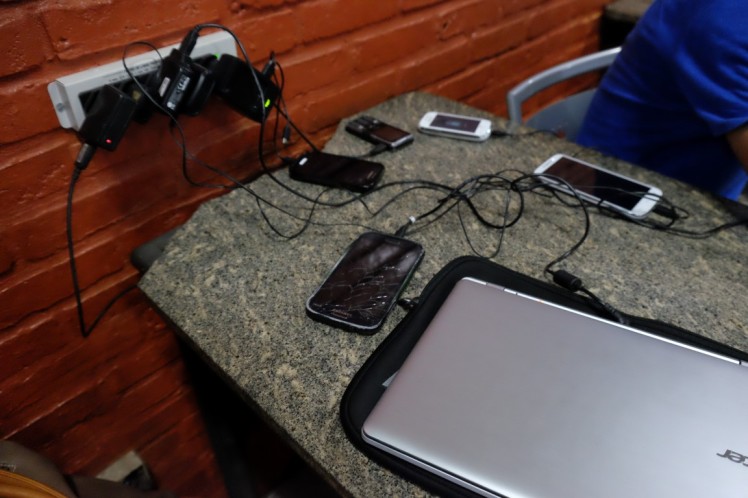 He was travelling with his dad, his wife and their son of 4 years old and stopping some time before Foz de Iguazu next where they lived. After the dinner, the bus started again. I was pretty tired by the night bus and had no problem falling asleep this time. I realised I quite enjoy being in a bus actually, when the bus is good and the road is straight and smooth. You can relax, read books, blog, and still feel like you are on the move to something else, not just staying in the same spot. It is pretty cool. Here was a bus station where we stopped to disembark passengers around 2am. It just briefly woke me up then I slept again. 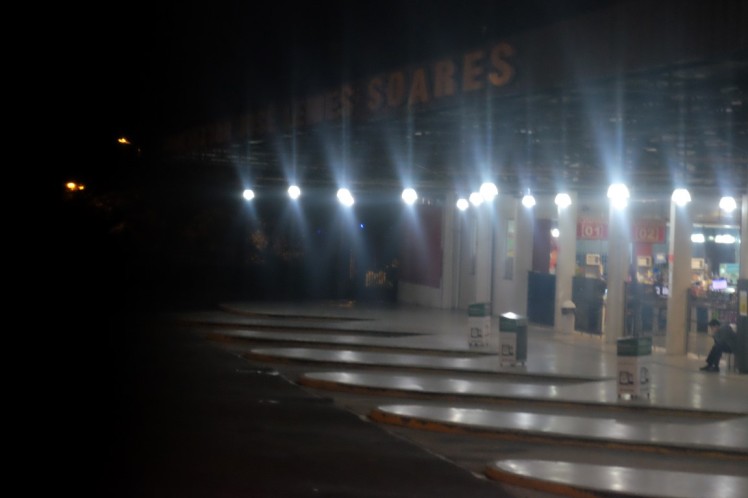 When I finally really woke up around 7am, lots of people had disembarked and there were only a few of us left in the bus.

The landscape had changed. It wasn`t anymore the tropical type one with palm trees and lots of greeneries but tall pine trees.

And crops of a drier type of landscape.`

We crossed this river.

We saw this city in the distance.

It turned out to be a stop-over city called Cascavel where we disembarked and had an hour-break to change bus. While exiting the bus, I met the 3 other people who were also heading to Foz de Iguazu, a Swiss-German couple from near Zurich called Manuella and Chris and a German traveller called Johan in his sixties. We went for brekky. We found a nice place where the guy served us huge orange juice glasses, that was awesome, along with nice pastries and coffee. A perfect break between 2 buses. Interestingly, there was another time change again, we were one more hour ahead of Santa Cruz in Bolivia. We finally boarded our last bus, finally going to Foz de Iguazu. 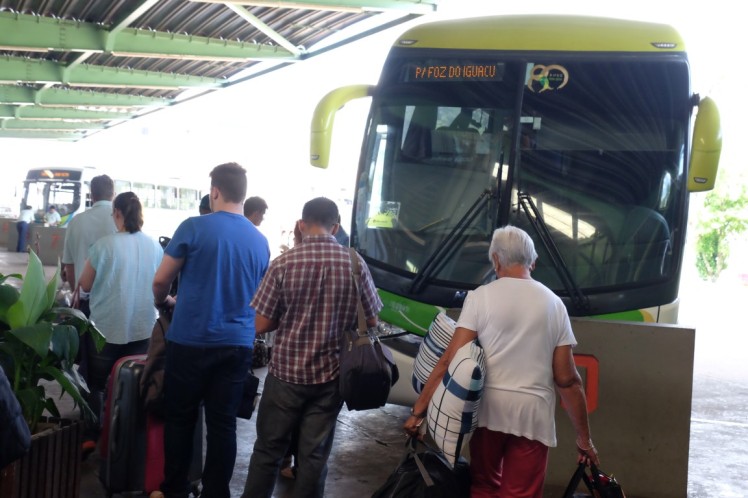 View of the fields. Could be somewhere in France.

We finally got in Foz de Iguazu around 2pm! Yeah!

I followed Manuella and Chris who had booked a hostel right next to the local bus station. We got there around 2.30pm. The hostel was called Pousada Sonho Meu and was really awesome. I would highly recommend it. Website here http://www.pousadasonhomeufoz.com.br and email address here atendimento_at_pousadasonhomeufoz.com.br
We spent the rest of the afternoon chilling out next to the pool. 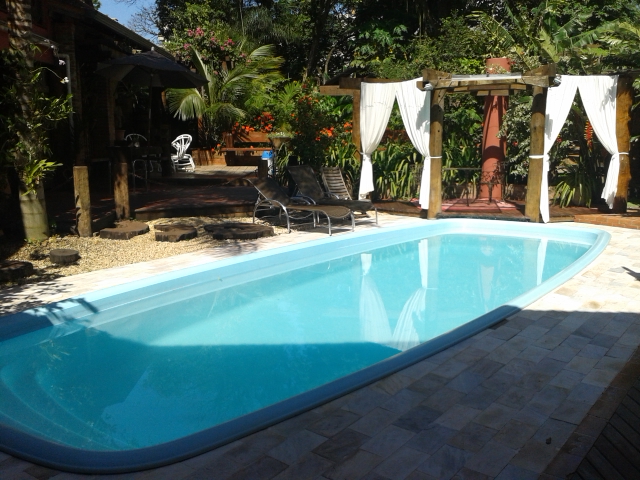 In the evening we went to a restaurant called Gaucho. 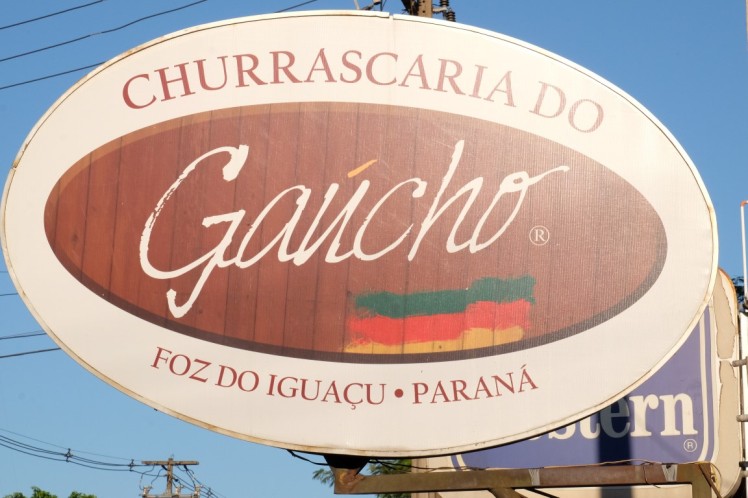 It was a churascaria, a restaurant in which guys bring to your table various types of meat to chop a piece and put it on your plate.

We had a yummy dinner and got some Brazilian capirinhas. Their capirinhas were soooo strong though that I could not even drink mine! 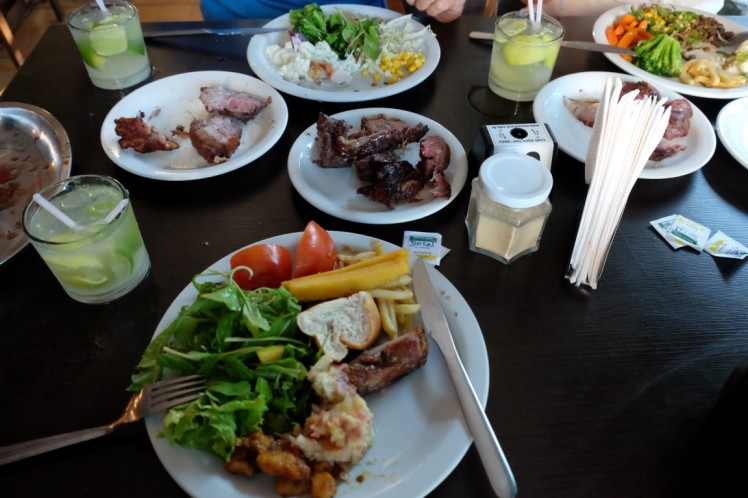 After that dinner, we went back to the hotel and retreated to our rooms and I fell asleep around 10pm local time, which was 8pm Santa Cruz time!

Tomorrow, off to Foz de Iguazu waterfalls on the Brazilian side to go check it out!