In the morning, I was one of the first to leave as I had an appointment with the tarsier in the afternoon I didn’t want to miss so I said good-bye to the boat.

And good bye to everyone!

And back into the traffic of Cebu, off to the pier from which the boat to Bohol was going! 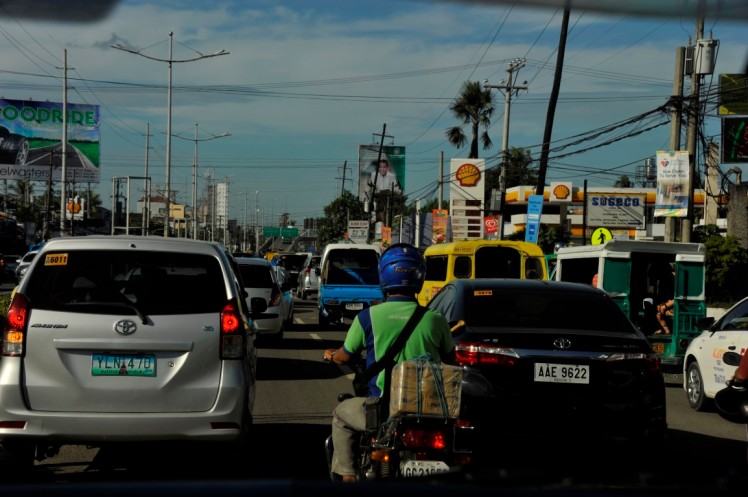 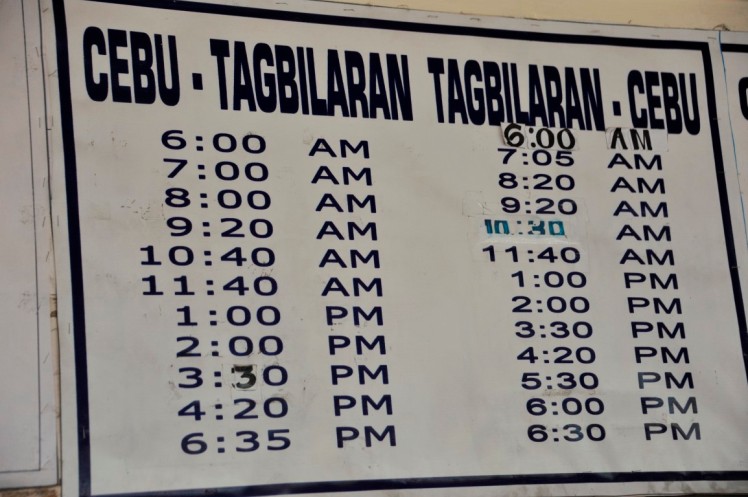 Entered the boat terminal and paid the terminal fee of 25 pesos. 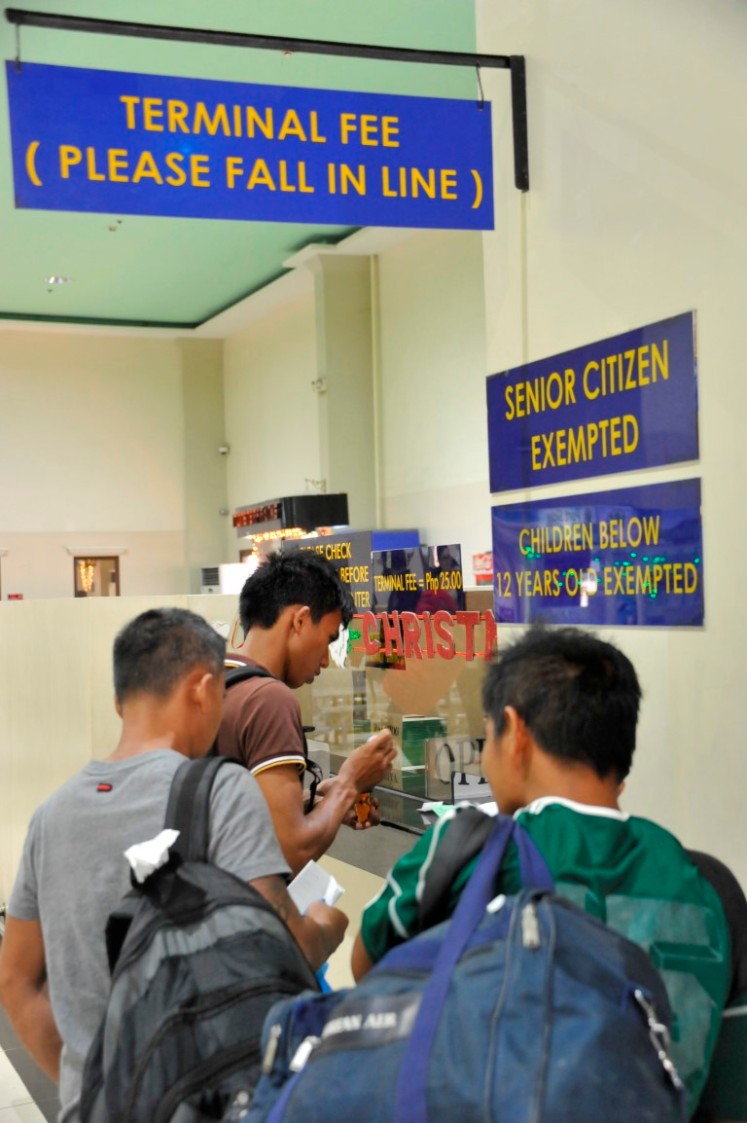 I ran into the Kasia, Eugenio, Oscar and Roberta who were taking the same boat. We went upstairs to chill. The view of the boat terminal was pretty cool, it felt like being at the airport.

After one week without WiFi during which we had missed the Happy New Year messages, the 4 of them were reconnecting to the world.

Then it was time to board the boat, this boat on the left.

They had booked the air conditioned seats downstairs but having the habit of sitting on the upper deck at the back outside on the Manly slow ferry, I couldn’t see myself sitting still in an enclosed area, ahah, so I had booked the seats upstairs in the open air. It looked like this. 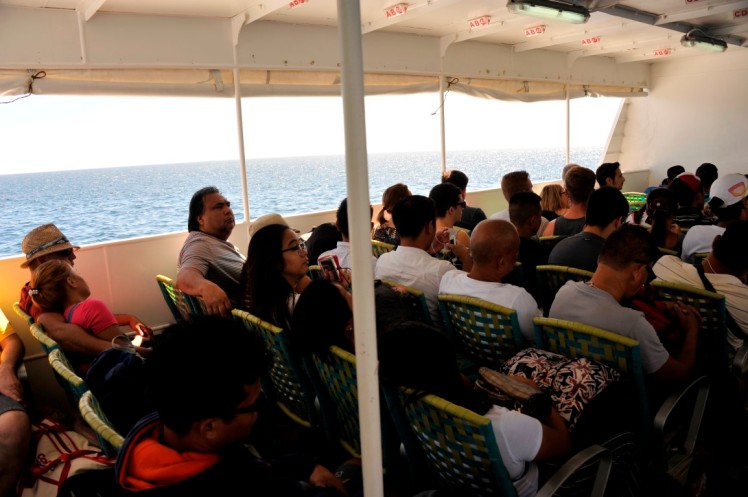 Here is a map of our boat journey from Cebu to Tagbilaran, roughly.

We said good-bye to Cebu.

During that boat journey, we saw big container ships. 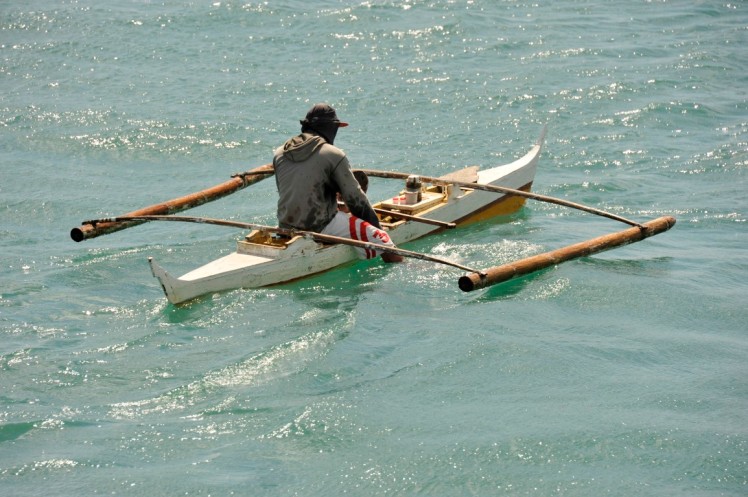 And within 2 hours we arrived in Tagbilaran, on Bohol island.

There, I said good-bye to the Italians who had a few days on the island and were heading to Alona Beach, where I would have loved to go too if I had more than a day and done some diving there, but that will be for another time! So I walked a bit, then got a trike, then arrived at the nearby hotel in which I had booked a room.

It was now lunch time so I walked in the nearby street and found a local eatery where I had some very cheap local food with the locals.

Then I took a trike and went to the Dao Bus Terminal where I asked to a dozen people: Which jeepney is going to Sikatuna? until I found it. 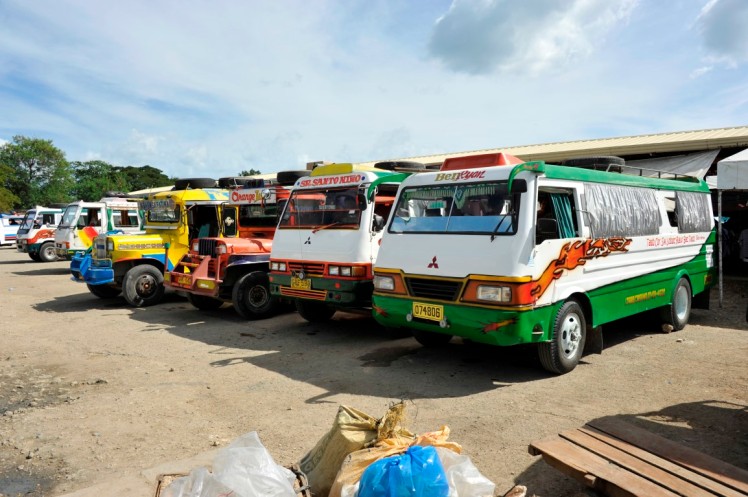 Then I entered the jeepney and went to sit with the local people, mostly women. How awesome it is to travel local, I love it. 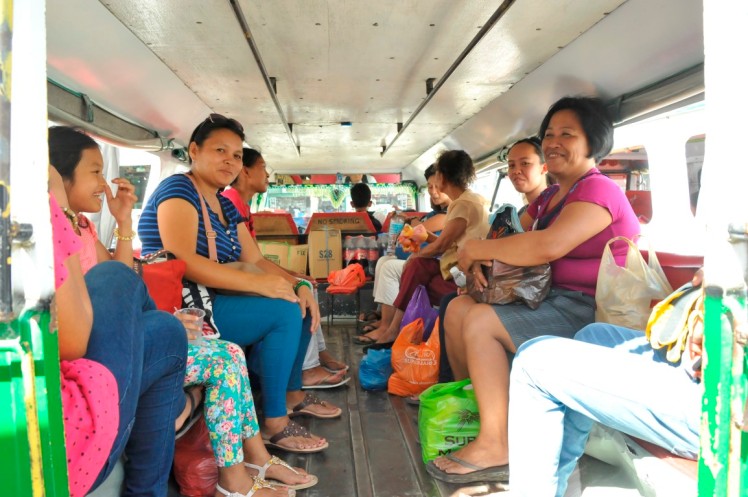 It was 1.40pm, the jeepney left around 2pm and dropped me at the Tarsier Sanctuary entrance around 2.40pm. But when you are travelling and you have your entire day free, time stretches and what is valued more is the experience, not the time it takes from A to B. I could have gone in 20 minutes with a taxi, but all in all, it wasn’t that long to go with the jeepney, and sooo cool! Here was the sign pointing to the direction to the entrance. 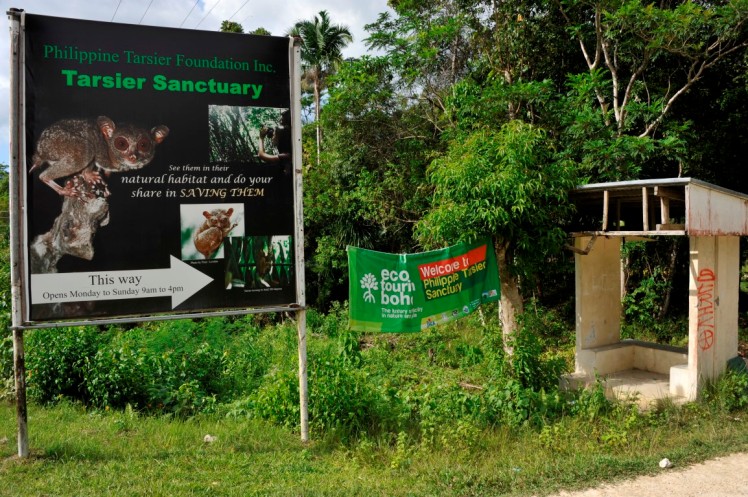 So I walked on this road for about 10 minutes.

I paid an entry fee and here I was ready to go see this unique animal. Here is an introduction from the Lonely Planet about it. Copyright: Lonely Planet Philippines

One of the centre’s staff took me around to see 6 out of the 120 tarsiers which can be observed in this protected area.

Here is the best shot I got from the tarsier. I was so glad to have made it to be able to see it in real. It is not an animal which moves much, especially as it is a nocturnal specie but it is incredible to see its size, and how big their eyes are indeed, and the way they can rotate their head a complete 180 degrees and the way they move their ears.
Such a strange animal!

Here are a couple more shots. 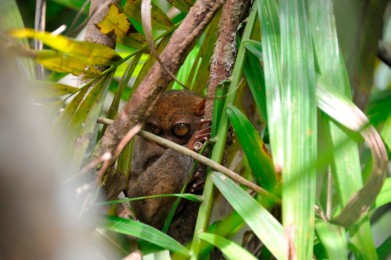 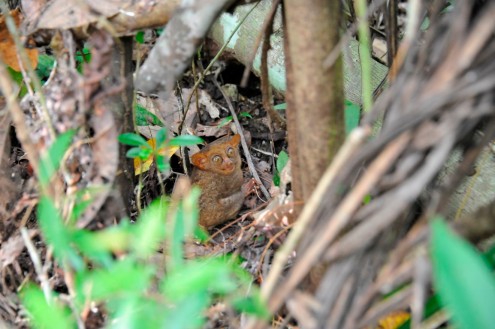 I stayed about 30 minutes at the centre, observing them and then reading some of the information panels about it. Then I went back to the road and waited for the return jeepney at this bus stop.

One local guy stopped in his car and offered me a lift. He looked friendly so I jumped in and we chatted all the way back to Tagbilaran. He was self-employed and organised day tours and multi-day tours for the tourists and showed the various brochures he had. He was a bit disappointed that I was leaving the next morning and could not take one of his tours but I said another time maybe! I was back at the hotel around 4pm  and chilled out for a bit.

I had contacted Kayakasia (kayakbohol_at_gmail.com) to go on their sunset fireflies kayak tours and the guys picked me up around 5.30pm and we headed to the Abatan river near Maribojoc. There I registered with the woman, met the crew, went to check out on the kayaks and the river at twilight, with tons of insect repellent on as the mosquitoes were biting like crazy. Then others arrived, there was a cool English girl Isabel from London and a couple from France whose name I forgot who were digital nomads! The first and only ones I met during this trip! They inspired me so much. They had left Paris and had travelled for a year already very slowly through Greece, Bosnia, Serbia, Malaysia, Indonesia and Singapore and had just arrived in Philippines since 5 weeks, starting with Palawan.

They were heading to Thailand next but were not really sure where they would stop and were working here and there. He was a front-end designer and she had worked in Marketing and reconverted into being a tester so that she could travel and work. They were so chilled, so amazing. Of course I asked if they had a travel blog, and they did!! And I love it, it is very inspiring, although I am thirsty already of reading MORE of their articles!

Enjoy!!! It is in French but hey that’s what Google Translate has been invented for. 🙂
https://www.mifuguemiraison.com/

Here are a couple of photos of our evening preparation before to go on the kayak. 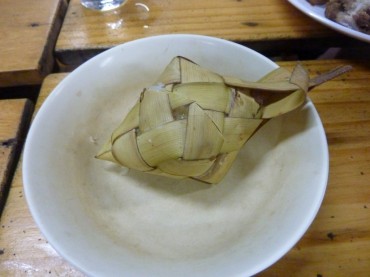 I tried to film the fireflies but it was impossible with the small old Finepix camera I had. Luckily, there is always the wonderful YouTube!!

Here is a video someone posted about the kayaking there, which gives a really good sense of how it was for us too to kayak on this river.

Watching fireflies is sooooo relaxing. We kayaked to 6-7 different trees full of them during the 2 hours we spent kayaking the river in the darkness. We would arrive next to the tree and hold each other’s kayaks and lie down on our kayaks and look towards the sky and see this above our heads, among tree branches which are not visible on this video.

I liked the vibes of this movie which shows from close the fireflies and gives a sense of how relaxing it is to be around them.

After the kayak tour, we had dinner there during which I got so inspired by the digital nomads and then we were dropped to our respective hotels around 10pm.