That day, we went from Buffalo Camp to Third Cave.

We started the morning with a beautiful view of Kibo, which had fantastic clouds surrounding the summit!

Then we had brekky. Omelette on toast and fruits. 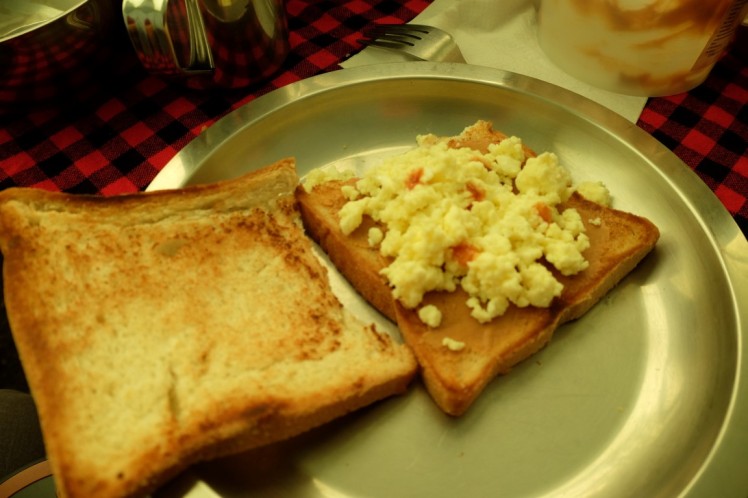 There was a fantastic cloud outside the dining tent.

The porters spotted a buffalo in the distance. So the camp was named correctly then, the Buffalo Camp!

Cropping on the zoomed-in image of the far-away buffalo, running down the slope:

We hiked from 8am until 11am, passing through a lot of dried-out rivers, reminding us that we were indeed in the Dry Season of Tanzania, the best time to hike. The views were similar to the ones we had the day before, with the Kibo summit on our right, constantly changing as we kept turning around it, and in the bottom, the plains of Tanzania, rarely visible as they were quite often simply hidden by the clouds. 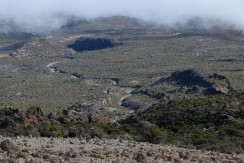 Then the Third Cave camp was in view:

We were quite lucky actually, because 20 minutes after we arrived at camp, it poured rain and showered on and off for a while. Then the rain stopped and we had lunch, then rest time, hanging around for a while in the dining room tent, and alternating with nap, reading, listening to podcast, admiring Kibo and playing cards. Then the night came and we had dinner and went to bed. 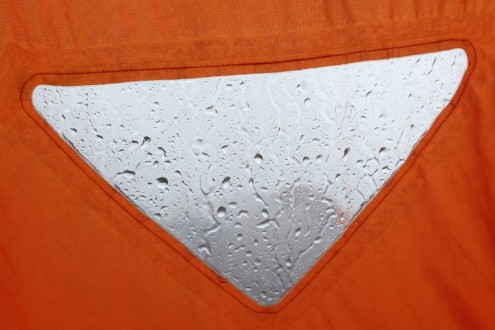 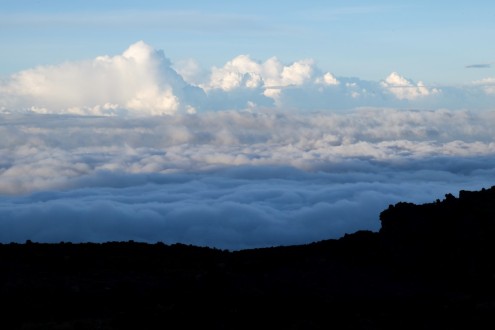 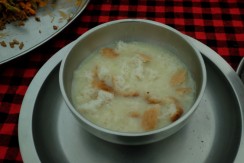 Next day, off to School Hut!