Here is my first article! 🙂

Started my little trip around France on Monday 31st October by catching up with some friends in Paris for the first 3 days. With a friend of mine, Clement, we went to a “brocante” (flee market) close to Republique tube station. There are a lot of brocantes in France, which kind of replace the British charity shops. 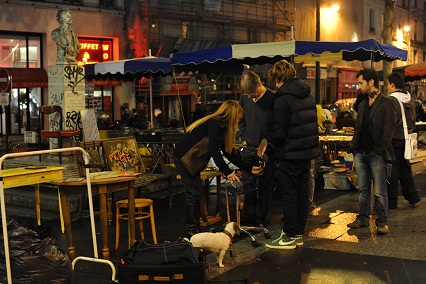 Then I took the TGV to Marseille on Wednesday evening and was there in 3h10. I went to see Notre-Dame de La Garde in the morning with my cousin Juliette. This is the one church which dominates the city and is cherished by the Marseillais.

There was an exhibition there about a reflection phenomenon which takes place 2 times a year and creates an illusion at sunset where you can see the Canigou on the horizon line, a mountain in Pyrenees located 250 kms from Marseille, and not visible normally.

On the Friday morning, I went to buy a “navette” from the oldest bakery of Marseille. It is a small pastry with a “orange flower” flavour. I walked around the Vieux-Port, and saw the last fishermen of the morning. 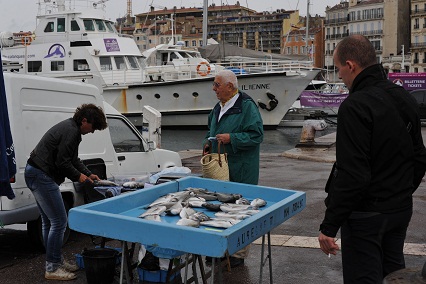 Took a train to Lyon, and met with my uncle and aunt. It was a really rainy day, so we stayed indoors and chilled out.

In the evening, I took a 40 minutes train to St Etienne to meet with my friend Anais. We went to the “St Patrick’s” bar where there was an excellent concert of jazz/blues/swing. The band was called Anzad but had no CD or even a website or something. They were so good though!

On Saturday we went around Lyon with my friend Anais, and ran into a nice “fête forraine”. We walked in the Old Lyon and I discovered the “traboules” of Lyon, little passages from a street to another.

On Sunday, I went to another brocante with my uncle. It was a regular one, in a covered market with a really cool atmosphere.

Then I took the train for Rennes where I met my friend Bénédicte and we went to eat in St Malo, a small city nearby, deserted in winter, but really touristy in summer. Very pretty little place.

And that was my first week! 🙂