That day, here is the itinerary we followed.

We first stopped at Scotts Head. We had a nice view from the surroundings from the top.

We surfed at Scotts Head but the waves were a bit fat with no power. It was still great to get in the water.

When we exited the Scotts Head road and drove again south on the Pacific Highway, there was a huge traffic jam on the other side.

We took Tourist Drive 12. There was a beautiful tree on the way. 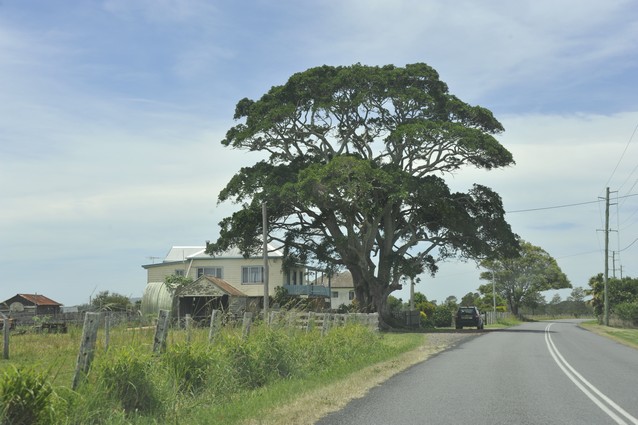 We stopped to have lunch near the river.

The place didn’t look like anything special. There was a sign explaining that actually the spot in front used to be Jerseyville, an important centre for ships entering the river.

Way different from now with only a few boats there.

Then we drove to South West Rocks. The water was brown from the leaves falling into it.

We learned this was an ICOLL.

We walked on the rocks nearby to see the view. It was really gorgeous. View to the left.

View to the right. Some surfers in the background.

Then we drove to Hat Head, another tip nearby. Awesome view again.

Inland we passed some nice rivers.

At some point we saw a pair of Jabirus. I had seen these birds only once in Western Australia, so I was really excited to see them again.

Then we drove to Port Macquarie’s Lighthouse. 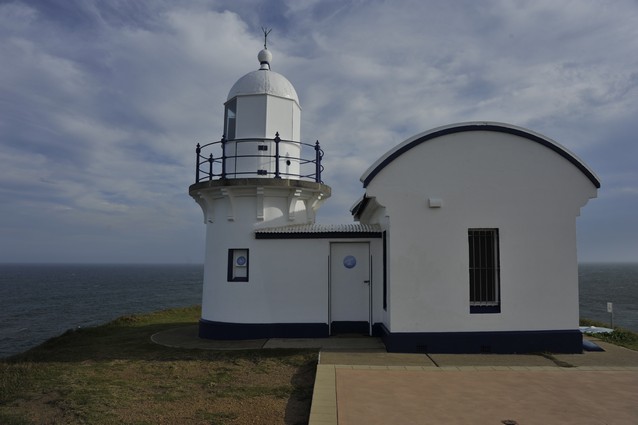 The view from there was really pretty to the left. 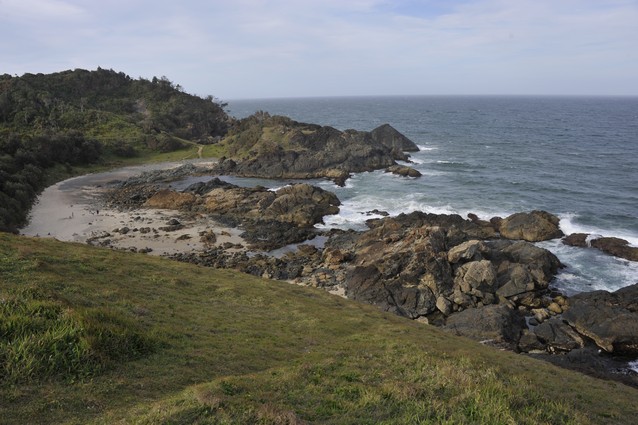 And to the right. Port Macquarie sounded like a really pretty little town.

There was a sign explaining how Aboriginals used to live here until 100 years ago.

The text explained that: The stone axes were tools used to cut down small trees, chop wood and remove tree bark for canoes, shelters and to craft coolamons, as well as for many other tasks. “A coolamon is a handmade dish with curved sides, approximatively 30-70cm long. Often used for carrying water, nuts and fruit.”
In this picture, the man on the right holds a Number Seven Boomerang.
The text explained the following “This is a hunting boomerang shaped from the apex of particular trees and hand crafted into the shape of a number seven. The longer part is used as a handle and the shorter part is very sharp, used by men to hunt larger animals such as kangaroos.”

The text explains: “Pippis were a popular and abundant food for Aboriginal people along the coast.  This can be seen by the Middens located in the sand dunes along Lighthouse Beach. Families spent time together collecting, cooking and eating pippis. Pippis were  also used as bait for fishing. Between 1910 and 1020, Thomas Dick,  a Port Macquarie oyster culturalist, photographed a series of enactments of many aspects of traditional Goori lifestyle in the Hastings, featuring members of the Murray,  Morcom, Budge,  Dungay and Bugg families.” 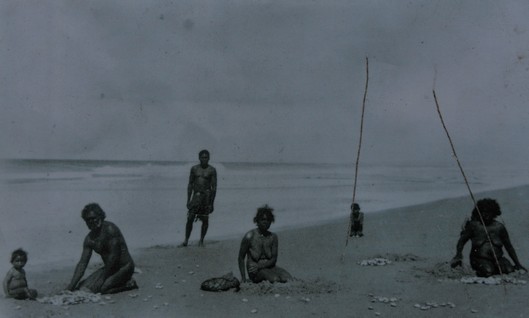 Here is a link to more photos taken by Thomas Dick of the Birpai people. Stunning photographs.
http://nma.gov.au/av/portmacquarie/the-hastings-river/photographing-the-birpai/

We saw a pack of young paddling out on long kayaks to go catch some waves on their knees.  My mind still in Aboriginal times after reading that sign, I couldn’t help thinking that this picture could also be Aboriginals pushing their canoes on the water to go catch some fishes. Same entry to the sea ritual, different time period, different objective. One to catch fishes to eat, one to catch waves for fun.

We drove a bit further down and saw the lighthouse from there. 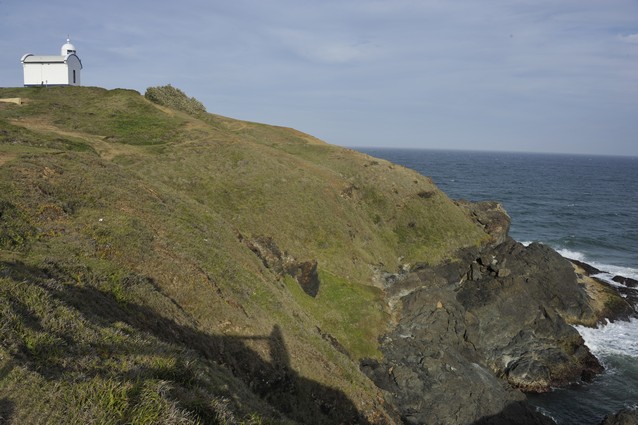 It was quite late in the afternoon and still a good hour to get to Crowdy Bay National Park so we drove straight there. We arrived quite late and pitched the tent in the dark where we could find a spot!