Today my dad turned 70!!! In Putre. Whoohoo!!! We setup the table with gifts and the brownie with the 2 candles ready to lit up. I asked Daria, Thomas and Melissa if they were up for singing when he was entering. He entered the brekky room, we started singing happy birthday, he was not expecting it, and we had a great birthday breakfast. Yeah! If only you had come too as a surprise, bro! Oh well.

That day, we were off from Putre to Colchane through the Reserva Natural Las Vicunas.

We left at the same time as Daria, Thomas and Melissa who were off to Lake Chungara. 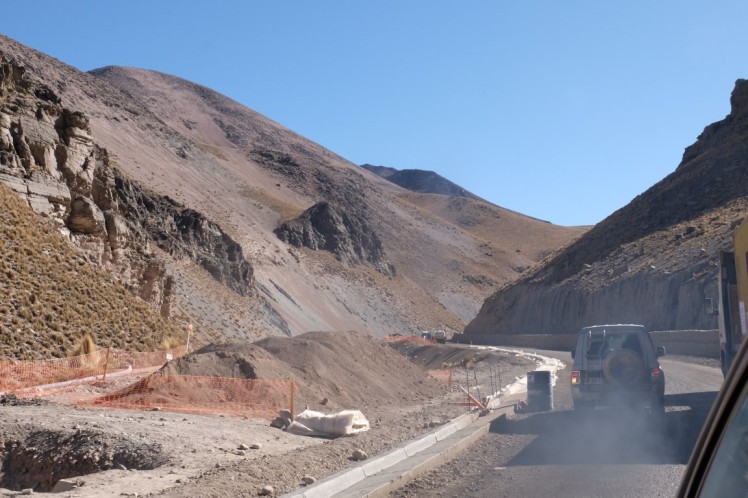 But at this turn, we didn`t go straight like them, this time we turned right.

And indeed there were vicunas! 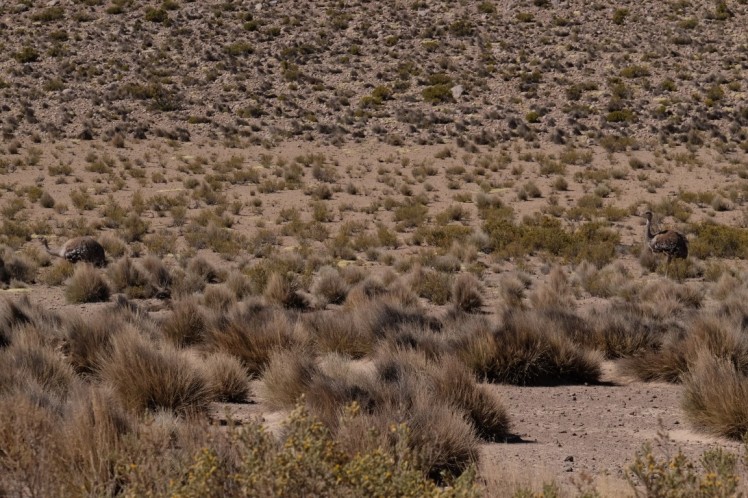 We also saw big cactus like this one called cactus globular (Opuntia sp.) 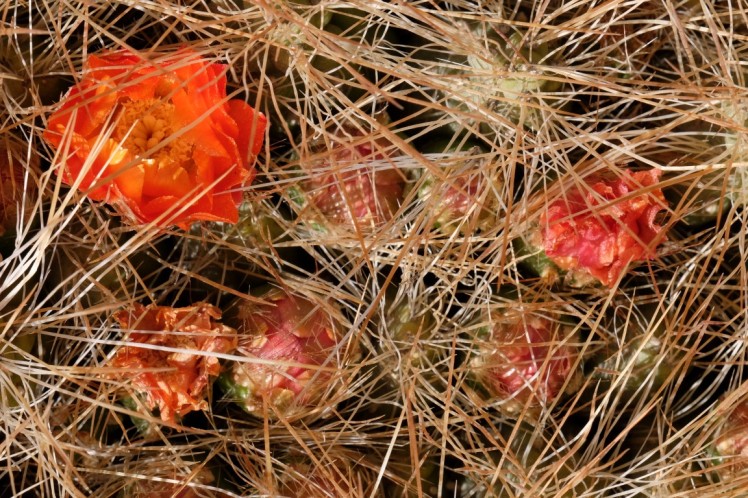 In the distance, the Parinacota had a hat today.

We saw lots of llamas.

We got to the pretty abandoned village of Ancuta where we stopped to walk around.

I liked how not straight the door was.

I liked that chimney

This village had a lot of charm. 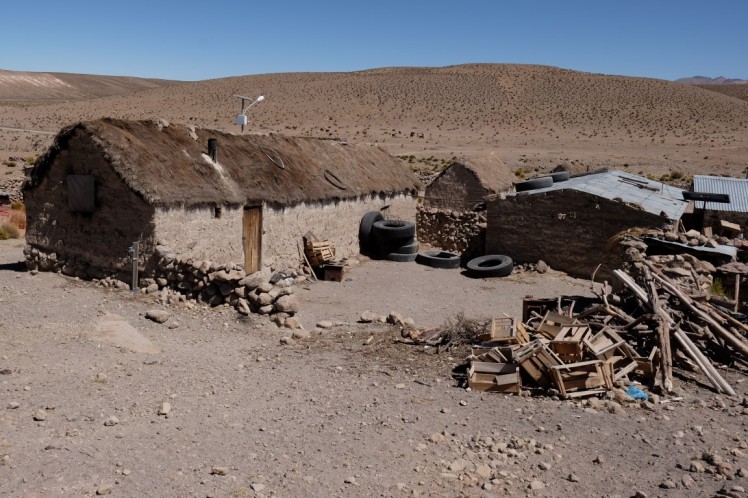 Just a bit later, we stopped at the village of Guallatire and walked around too.

Eduardo authorised me to go up the church tower, as long as I would not ring the bell. I said I would do my best. Alright, I just knocked it a little bit to see which sound it would give. 🙂 My dad seems to be holding the bell here. See, that`s not me. 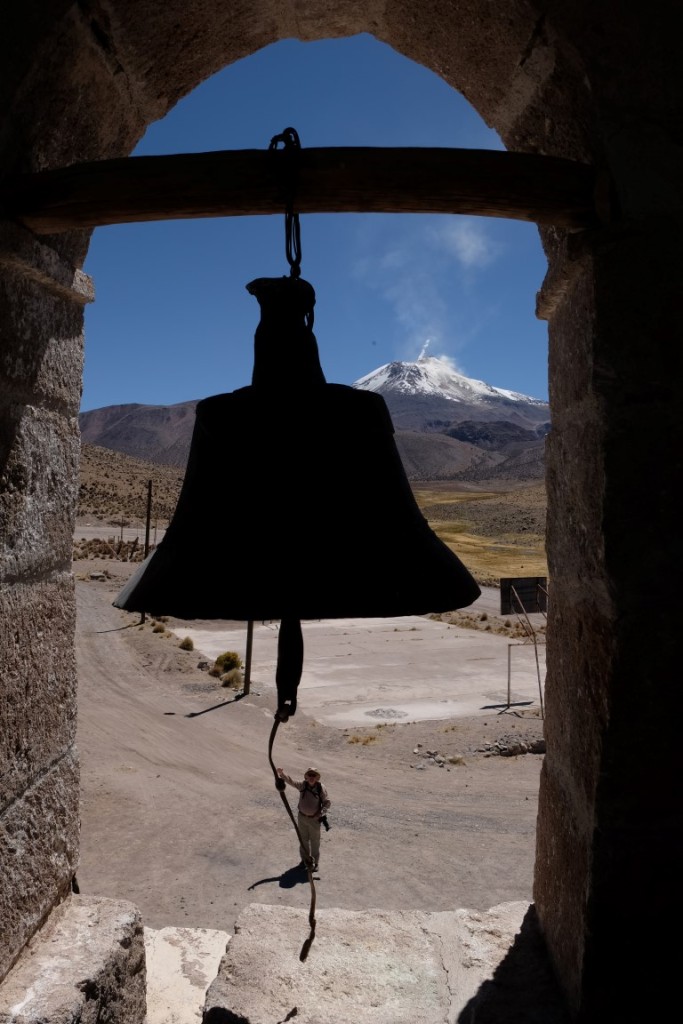 The view of the village from that spot was pretty nice. 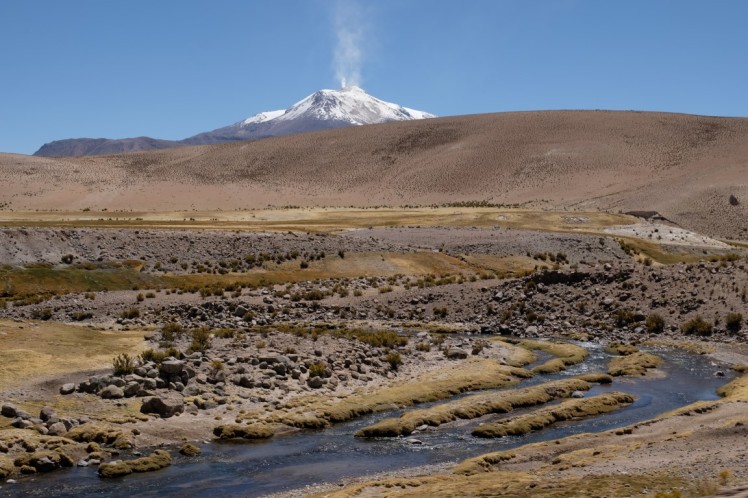 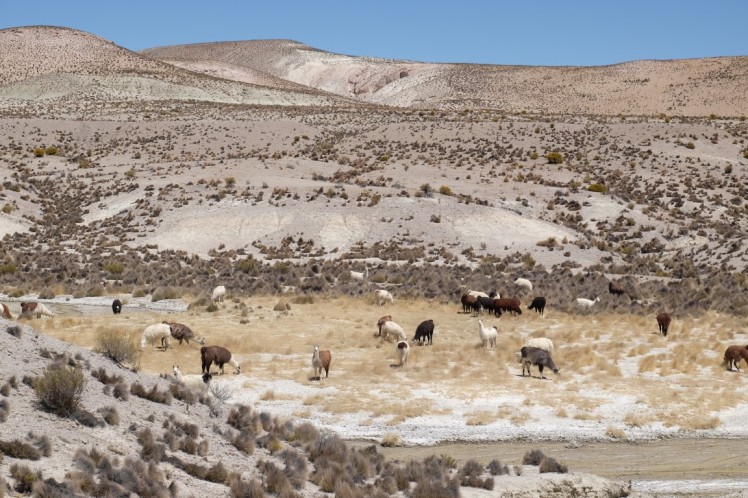 We saw our first Andinan emu.

We stopped to admire the view of the Salar de Surire from a distance before to get closer to it.

There were lots of this green thing, called Yareta (Azorella compacta) according to some posters I found later.

We got closer to the Salar de Surire. We could see flamingos and vicunas.

No matter which direction we were looking, it was just so pretty. 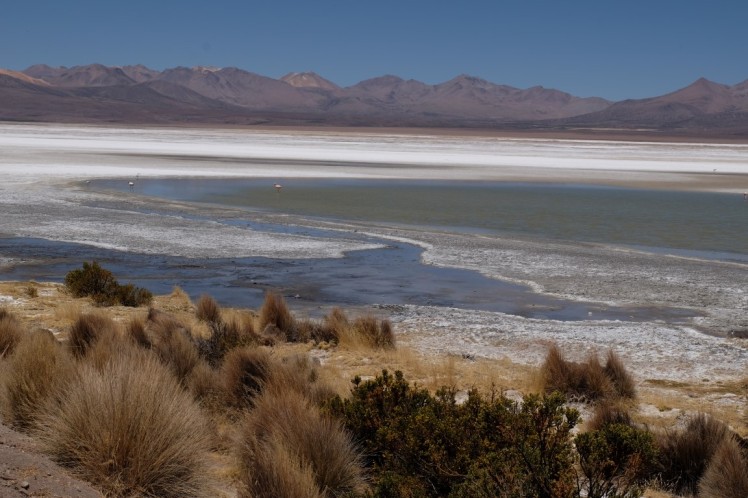 There are three type of flamingos which can be observed. Not always easy to identify which one is what when looking at them from far though!

Getting closer. You can see flamingo footprints.

Landscape to my right. 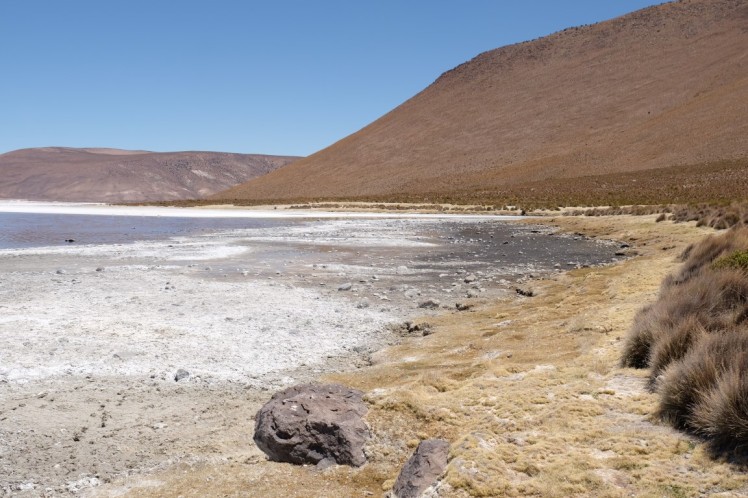 After that stop, we drove to the thermal lake of Polloquere, at 4,270 metres. 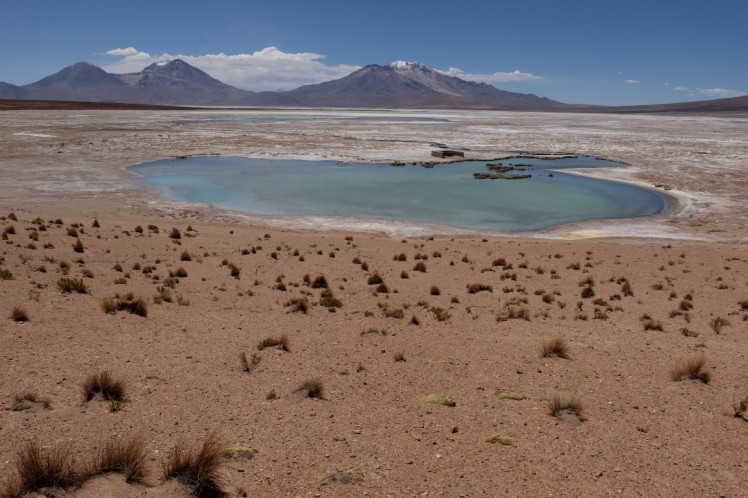 We walked to it and had picnic on the other side. Before to have picnic, we could see the smoke getting out of the lake while walking around it. There was another car of 4 French people that we saw at the Salar de Surire. One of the women braved the cold wind and jumped in the thermal water. My swimming suit was at the bottom of my big pack as I didn`t know we would go that place and honestly, I was hungry and could not bother getting out. Another time! I just put my hand in the water, and I have to say, the water was pretty warm!! 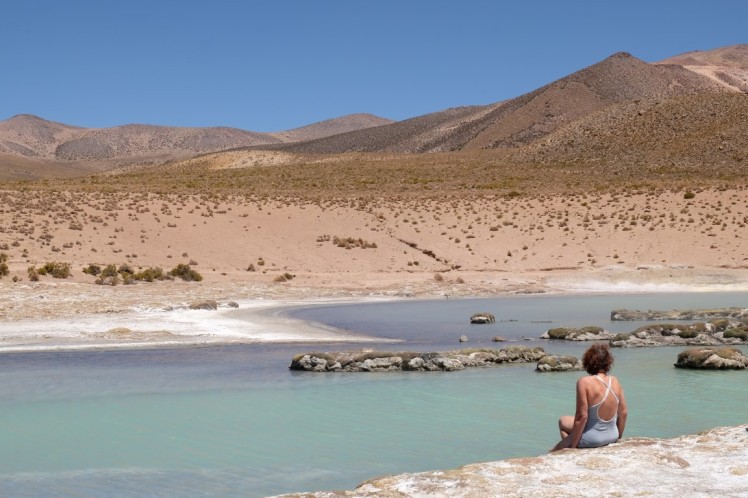 We hit the road again.

It was really hard to select photos for this road trip articles because the landscape kept being astonishing. 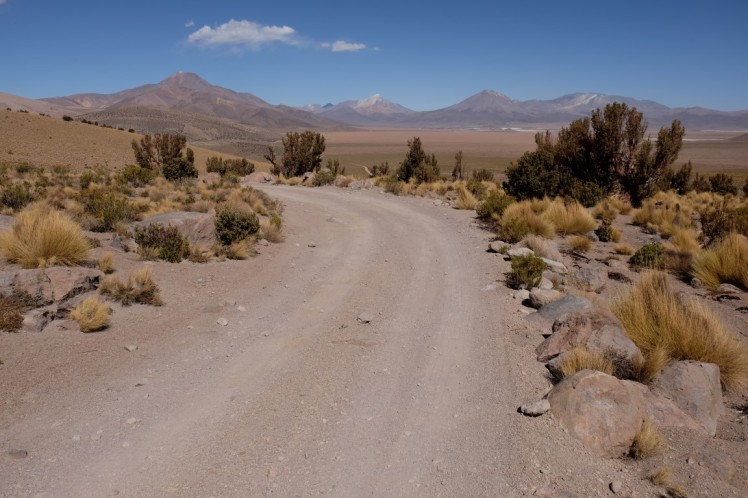 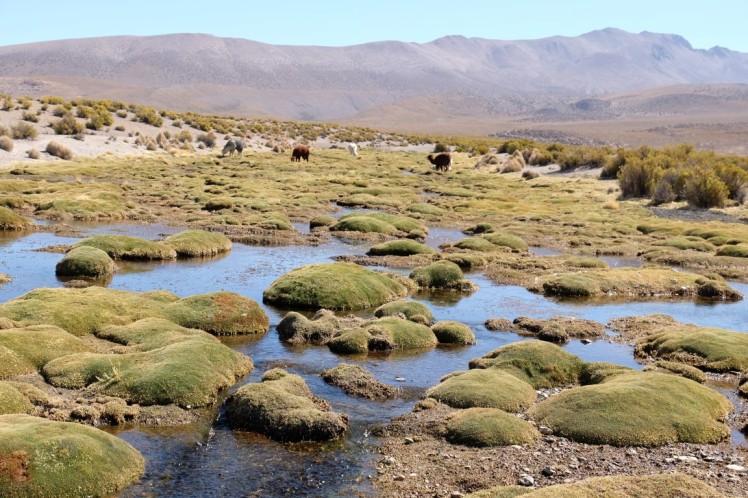 We passed another abandoned village. 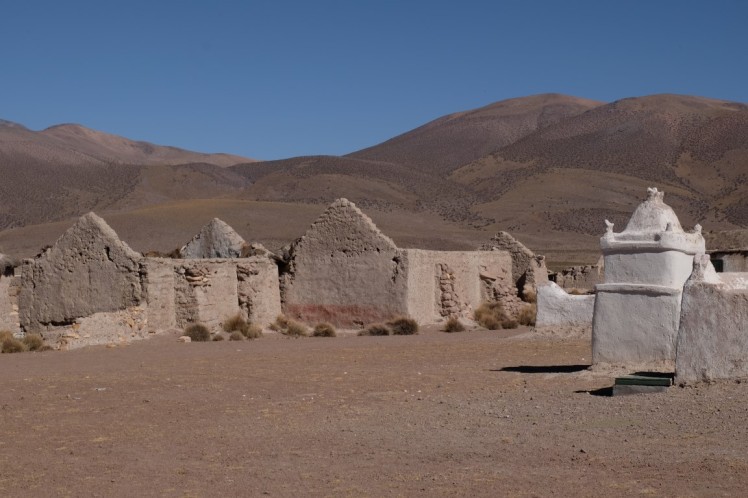 We stopped at the Mirador Suricayo.

We had an exhaustive view of the valley. 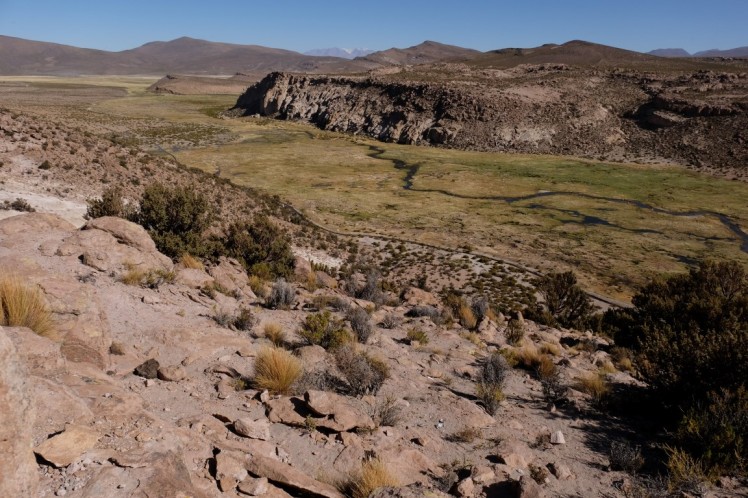 Later, we ran into a group of llamas crossing the road and had to wait for a while that they all crossed. 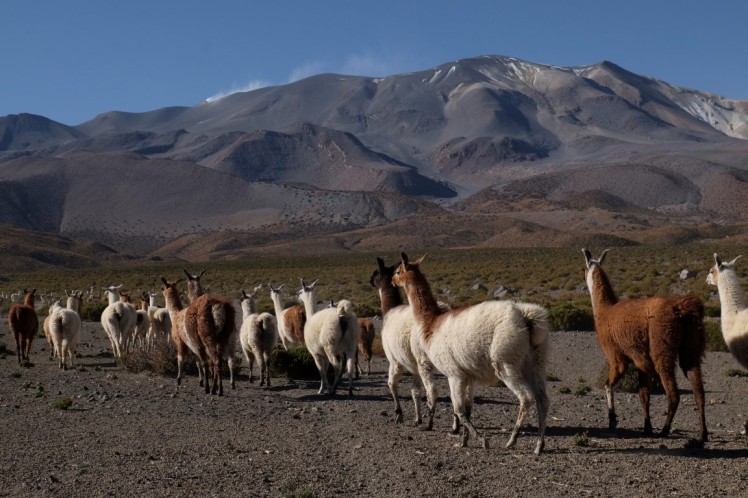 All of them crossed.

We stopped and went around another village. I climbed the church tower again that we can see on this picture. 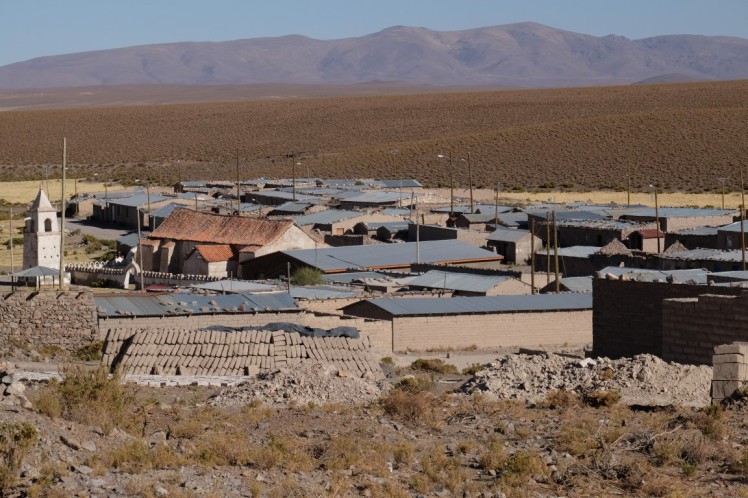 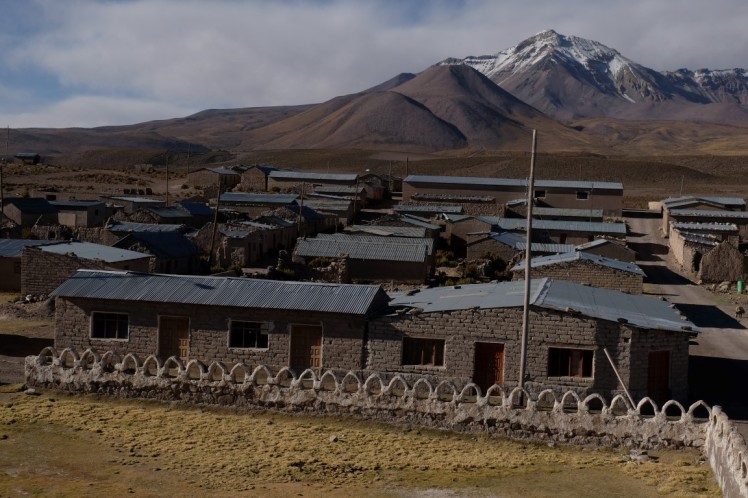 We kept driving and got to Colchane around 5pm.

Sunset viewed from my hostel room. 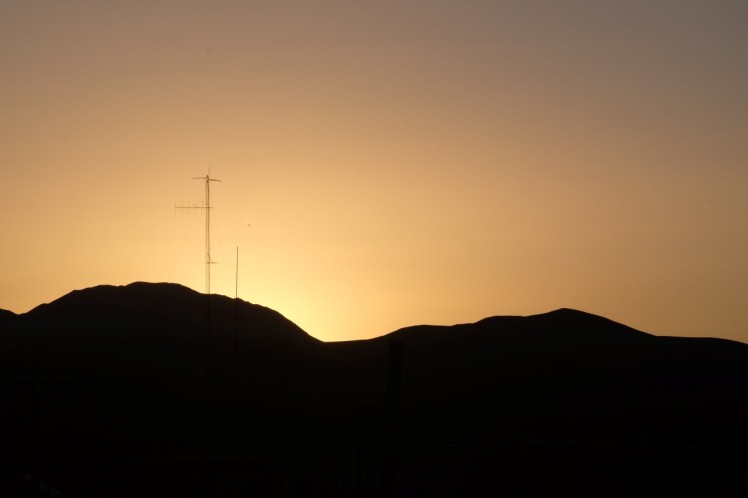 View from that window too of Colchane. 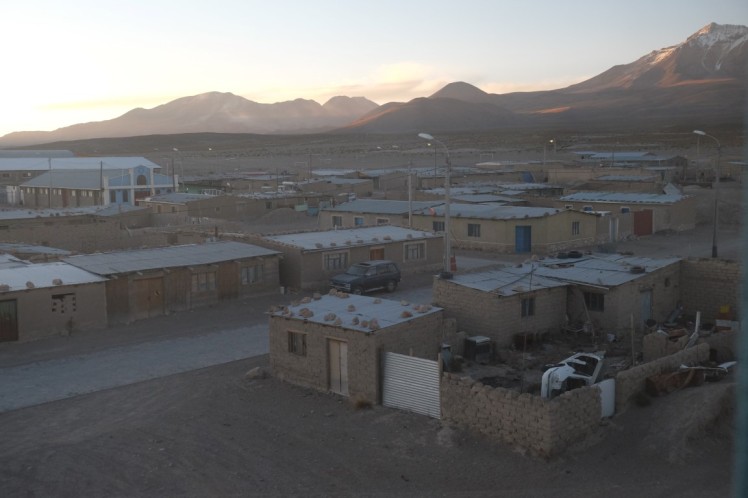 Tomorrow, crossing the border to Bolivia, changing driver as Eduardo doesn`t have a work visa to work in Bolivia, and then off to Tahua, north of the Salar of Uyuni!