We woke up and had the included brekky upstairs of the hostel. We chatted with 2 girls from Quebec that Patrick had met the day before who were also off to the Salar de Uyuni that day. Then Patrick prepared his bag for his 4-day roadtrip. Here was the map of the itinerary he was about to take in an anti-clockwise way. I like that map because it lists lots of the interesting things to see in the Salar.

We went for a second breakfast and then to the agency where he met the 2 guys coming too and a German couple plus their driver. And off he was again! And off I walked to a bus agency recommended by the hostel called Trans Omar. On my way, I saw an event going on next to the Paris-Dakar statue.

Walking on the street towards the bus agency.

At the agency, I bought a bus ticket for the night bus of 8pm that evening going to Uyuni in “cama”, which means bed although they are not real beds, vs semi-cama which is more of an inclined seat but less inclined than cama.

Then I went back to the hostel and spent the day sorting out photos and blogging. I met Jina from South Korea at the hostel and we went for dinner nearby and had a pizza (for a change) and a beer. We could see kids were playing on the plaza while we were eating. I found that great because nowadays we see very few kid playing freely in the streets. They usually play in specific playgrounds under the supervision of their parents or inside their house. So that was nice to see that. 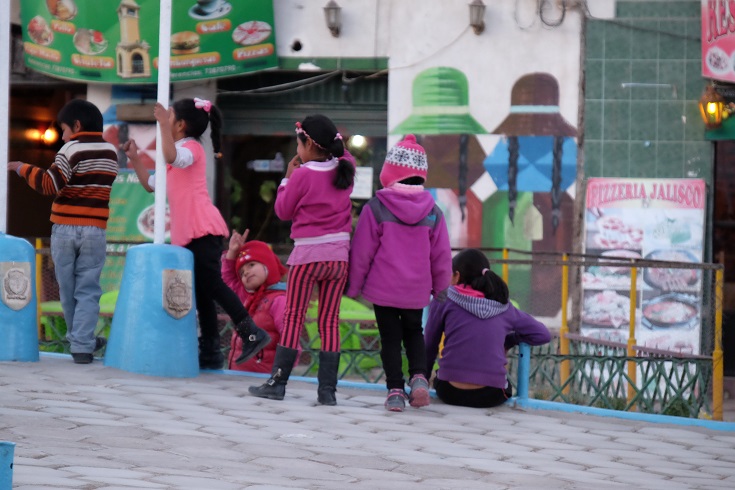 Grabbed my big pack and walked to the bus station to catch the bus while Jina took a taxi to go the Uyuni airport. She had arrived with the flight from Lima 24 hours before through La Paz and none of the passengers had their bags to pick up on arrival, they got stuck in La Paz or put on the wrong flight. They were all told to come pick them up the next day! Crazy! Imagine now that this happens to you and you have already booked a tour to go to the Salar of Uyuni the day right after you arrived…Not fun! Bye Jina, hope you get your bag and enjoy the Salar!

I boarded the bus and took my seat on the first floor, last one to the left when entering, wondering how the bus ride would go. I had heard so many things about those Bolivian buses, that you can freeze like crazy or that the roads are really bumpy. I had taken all my pants and top layers with me in the bag in case. But in the bus it was…29 degrees! So hot! There was a Dutch couple on my right who were travelling 3 months in South-America then 3 months in Asia, they were about 6 weeks into their trip. We chatted a bit and then slept. The bus ride was smooth because the bus was taking the road to Potosi which is well maintained, instead of taking the road straight north. Here is a map of the itinerary to give you an idea.

Potosi is a mining town and we had a small glimpse of it when we passed it. I got this snapshot of it.

The bus stopped around midnight for a dinner and bathroom stop here.

Here is the bus. 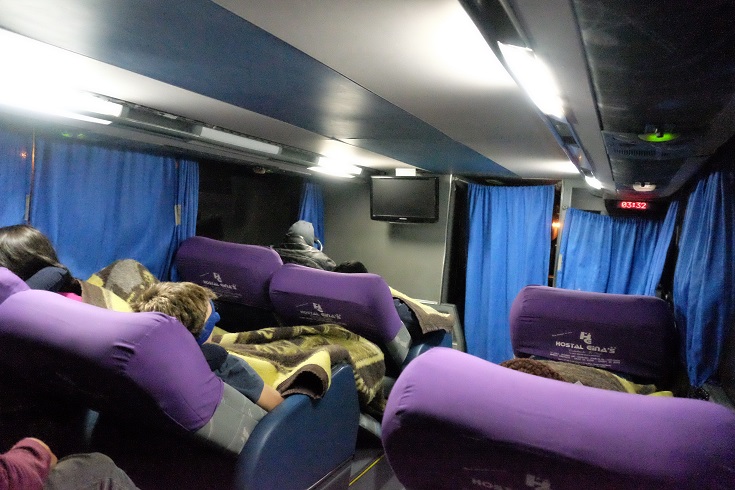 We actually slept pretty well in it! I woke up and there were the dawn colours appearing in the sky.

I felt asleep a bit again and when I took my eye mask off, we were entering La Paz and this is what I saw outside of the window and my reaction was: “WOOOHHHHHHWWWW!!!!!”. I didn`t expect that. I had kept the surprise to the end. I had never seen photos of La Paz before, not really read anything about it. I didn`t know it was full of little bricks houses with a consistent architecture style in a valley and perched on the surroundings mountains like this. So pretty!!!

People were having brekky in parks. 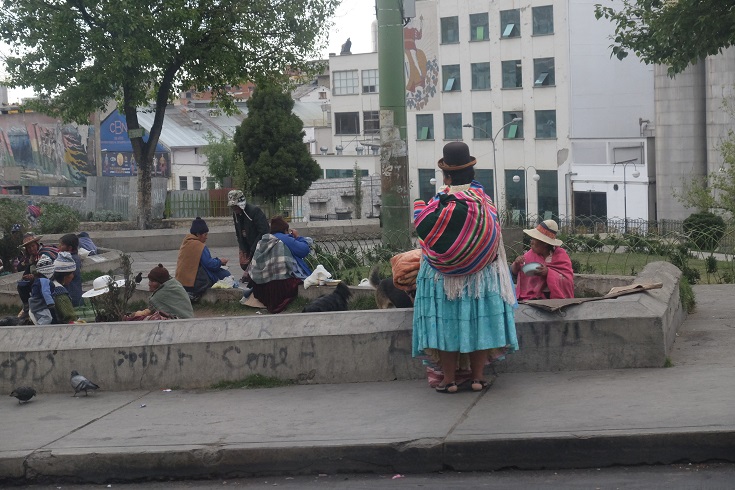 Or on the streets

We got to the bus terminal. Bienvenido a La Paz, ciudad maravillosa (wonderful city). Thank you!!

Remember Lluis I had met in Arequipa on the way back from the Colca Canyon trek? He was in La Paz so we had planned to meet and go to Huayna Potosi together. He had told me the name of the hostel where he was staying, the Intahuasi Hostel and how to walk there for about 15 minutes. I had studied the map and drawn it before to take the bus to make sure I would not get lost. Here I was, in La Paz, walking towards the hostel. View of one building I passed. 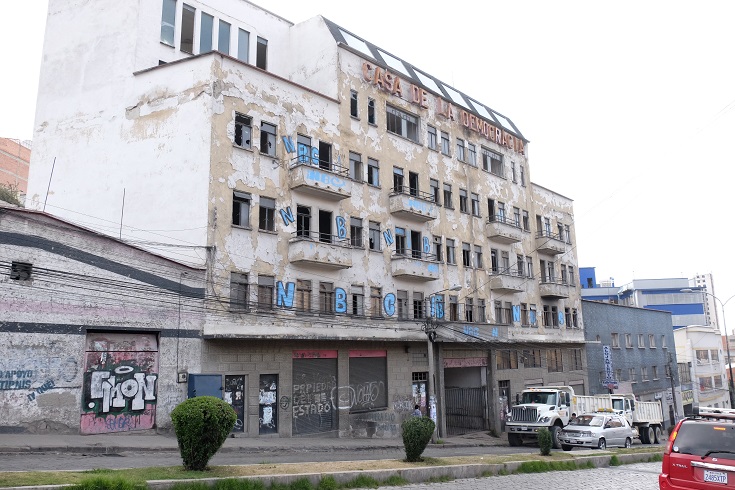 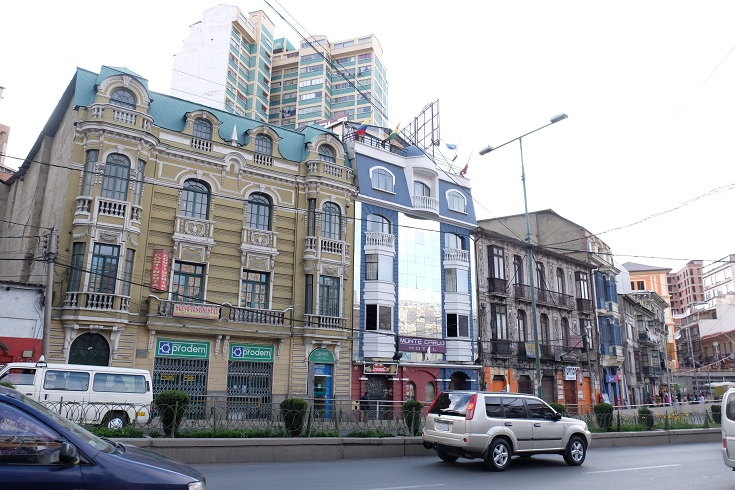 I made it to the hostel without getting too lost. Caught up with Lluis, dropped my bag and off we went to see some agencies to ask about Huayna Potosi and book a trek to it for the next day and then go explore La Paz itself!