I left the hotel in Puerto Varas and walked one block and found the minibuses going to various places. 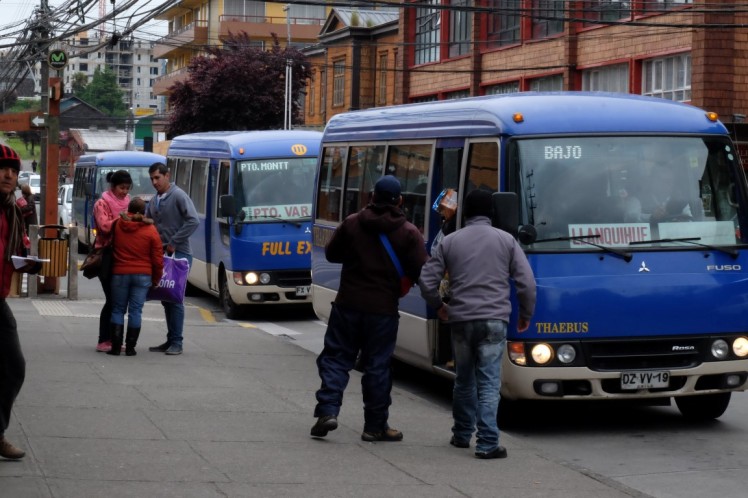 In no time, I was in a minibus going to Puerto Montt.

The landscape was uninteresting and the weather pretty rainy that day.

When I arrived in Puerto Montt, there was a bus going to Ancud at 11.45am so I boarded this one. I was sitting next to Nicolas, a German guy for the entire ride who was going straight to Castro and then later from Quellon to Puerto Chacabuco by boat and then travelling South.

Rainy weather on that bus ride too.

We arrived at the pier where we could see in the distance the Cruz del Sur boat on which we would board the bus to cross. 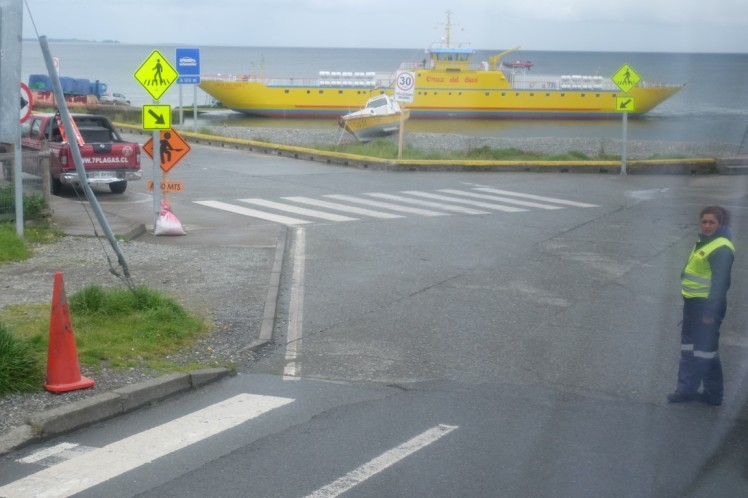 View of the beach from the bus while boarding the big boat. 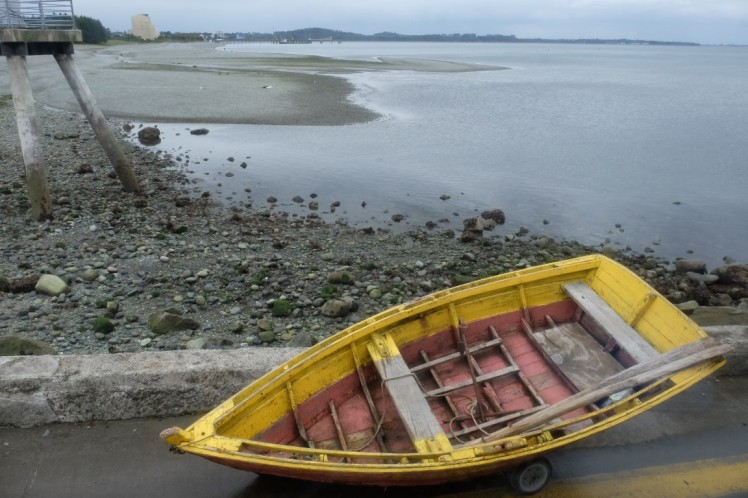 View of the sea from the bus on the boat. 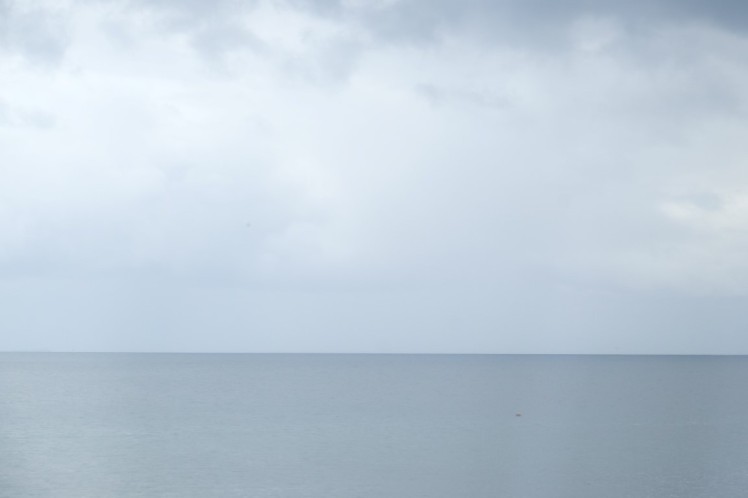 We got off the bus and went on the main platform upstairs.

The most interesting was to see this type of pelican from the boat. 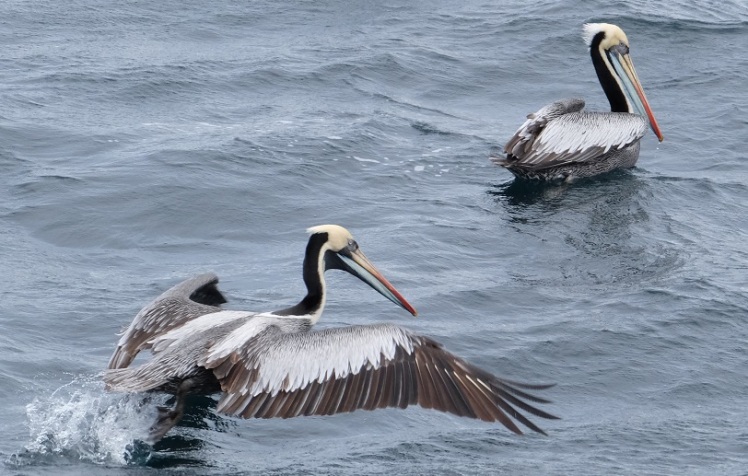 When flying, their wings`length is pretty long! 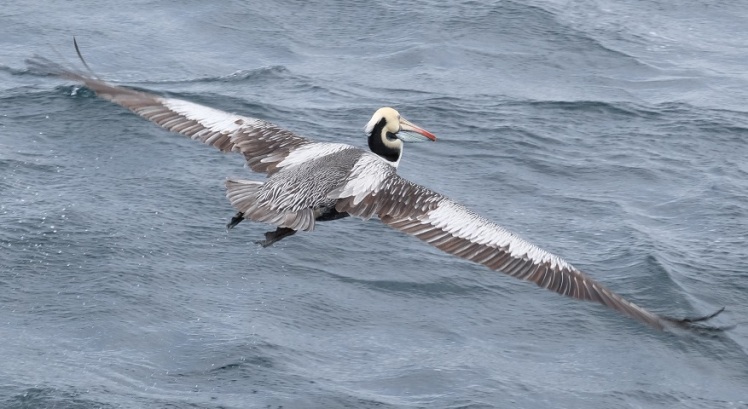 Seeing the pier of Chiloe where we would disembark.

View of Chiloe from the bus 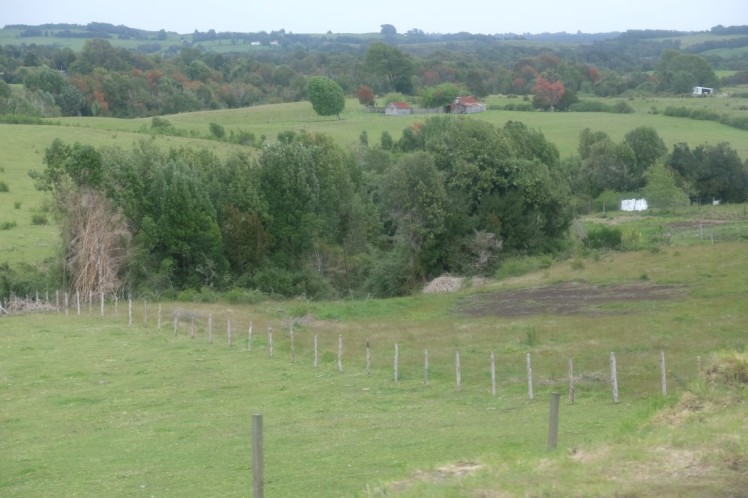 Seeing Ancud in the distance

One petrol station on the island

Movie-theatre with a French touch. 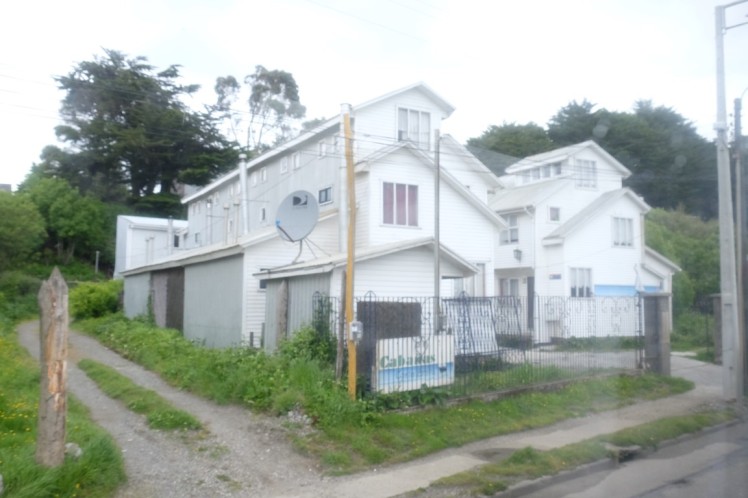 Arriving at the bus terminal

Inside the bus terminal, there was an illustration of the various Chiloe churches that could be visited 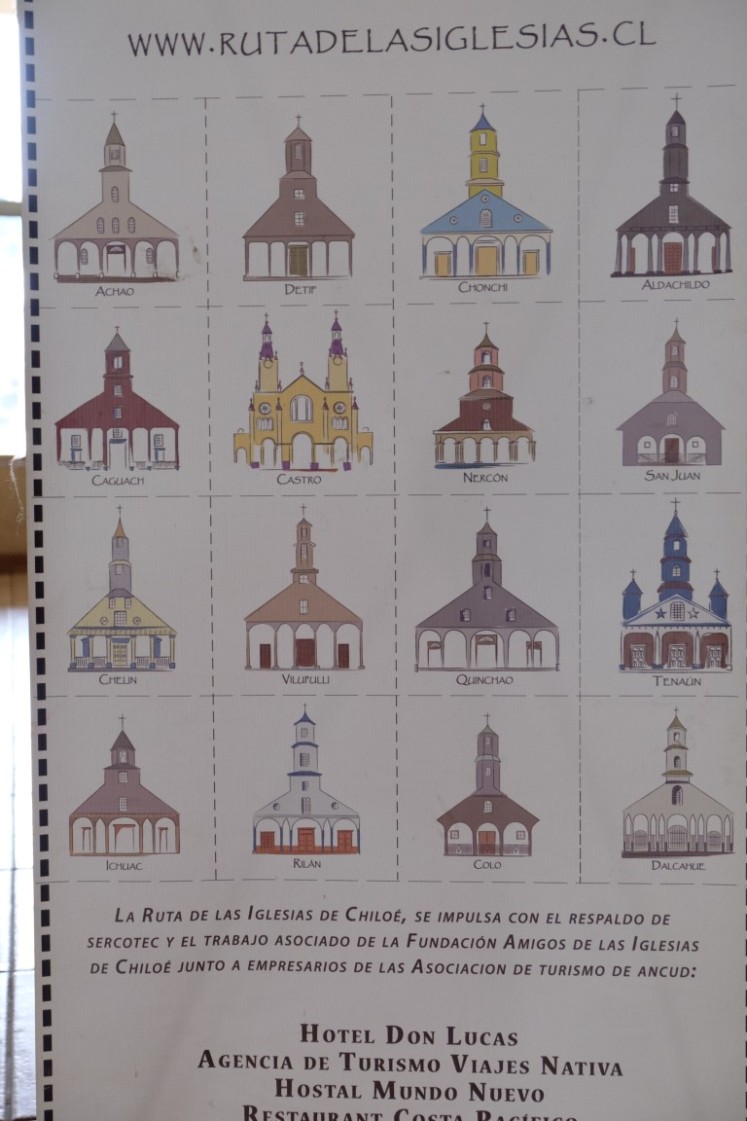 Close-up on the first 8

Close-up on the last 8

A map of Chiloe. I had just stopped in Ancud and then I would head to Castro and from there to Dalcahue, Achao, Quinchao and later to Quellon.

I asked where the hostel “13 lunas” was that I had booked by email in the morning and they said “Right outside of the terminal”. I got out of the terminal and indeed, it was literally right outside! The closest hostel to a bus terminal ever! 🙂

I dropped my bag in a dorm of 4 beds I had just for myself, youhou! And then I walked to the supermarket to buy food to cook for the next days. View of a street.

At the supermarket in Chile, you still bring your fruits to the guy who will weigh them and put a sticker on your plastic bag.

Afterwards, I came back to the hostel just on time before a pouring rain started and lasted until the next evening.  It was about 4pm and I spent the afternoon blogging.

I spent the day blogging too as it was pouring pouring rain all day long. My netbook was very slow so I used a big computer the hostel had and I have the feeling that by doing that I got updated to the crappy version of WordPress that prevented me from blogging the next few weeks onwards. That new version was uploading the photos to articles in a random order (and it is still doing that!!! grrrr!!!), which made it difficult to insert them and had an auto-saving function saving every 5 seconds and by doing that it was freezing the screen totally, which meant nothing would work.

During this day and half chilling out on Chiloe, I still got a few blog posts out about Pucon, Huerquehue and the Villarica ascent but from then on, I totally gave up!!! Too frustrating. Especially with my crappy netbook. Never ever buy an Acer Aspire E11, the worst netbook ever invented in History.

After those 2 rainy days blogging…Off to see the penguins near Ancud and then off to Castro! 🙂