Merry Christmas everyone! I started Christmas Day with a dive at 8am for which I had forgotten to recharge my go pro battery again. We dived a current dive which took us from the site of Cogon to the site of Mamsa.

There was Archer the dive master, Enrique from Brazil my dive buddy and me. Luckily, Enrique had his go pro with him. During the dive, there was a moment where three sea snakes followed us which didn’t make me feel very comfortable considered how poisonous they are reputed to be! Enrique even captured the moment when one of the sea snake got quite close to one of the fin of Archer. Archer said that the snakes just get curious and want to simply ‘smell / feel’ the fin while a diver a week later told me that they are attracted and like the turmoil of water created by the fins. Who knows! The one thing that is sure is that no matter why they are coming after you, it is not a nice feeling, even if sea snakes are not known to be attacking humans. Here is the video Enrique captured.
Copyright Enrique Manzano Ruiz

Between the first and second dive, we said good-bye to Dolon and Josine who were heading back to Manila to fly out back to Holland from there.

Then we did a second dive at East Rock with Wanis, Enrique and Tamara and Archer the dive master and another dive master, this time around 11.30am. During this dive, we saw a frogfish, some parrot fish, some big moray eel, some fishes, a kind sea snake which didn’t follow us, a sea turtle and some clownfish alias some Nemos as many people call them nowadays.

Then we had lunch and this time we said good-bye to Paolo and Timmy who were heading to another nearby island. While Wanis went for a 2pm dive, we chilled as it was quite hot and humid until 3.45pm. Then we went with Enrique for a walk North, East and South to explore this small island which size is 0.74 square kilometers and which counted 918 inhabitants at the 2010 census.

To go north to the light house, we walked up a series of stairs for 15 minutes. 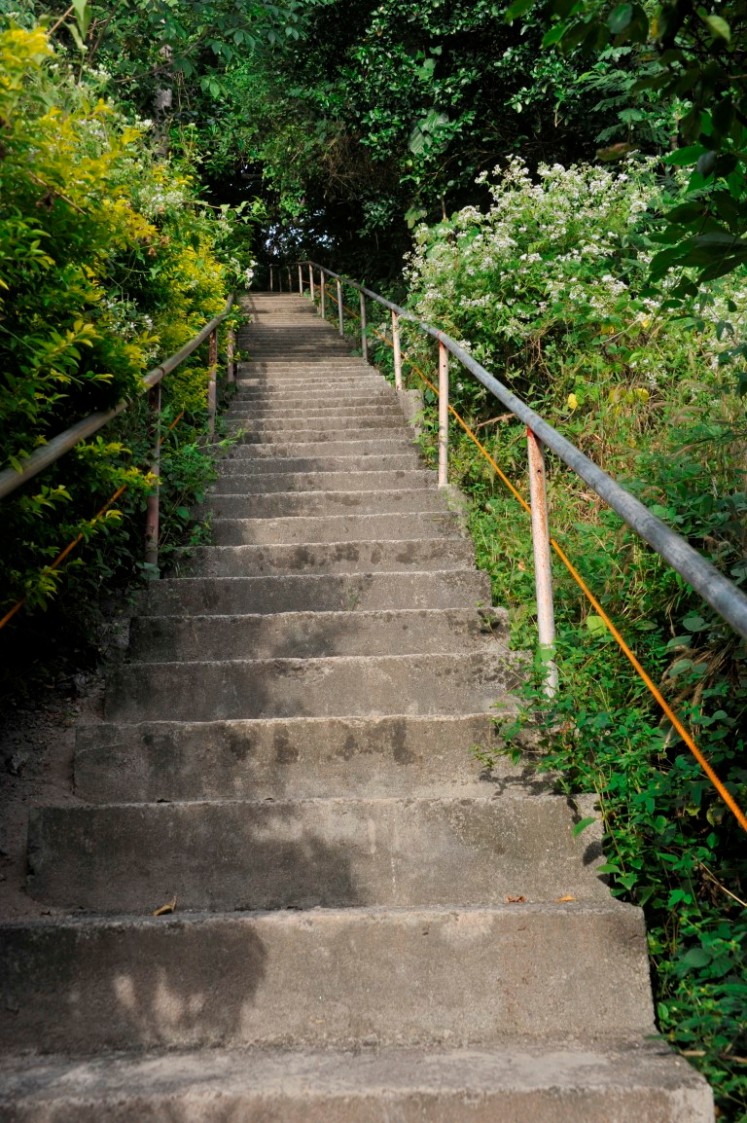 We arrived in a clearing with a cow and a house.

We saw the small lighthouse.

We could see Siquijor in the distance.

After this very short expedition North, we walked down again, through the dive centre and then through the village. 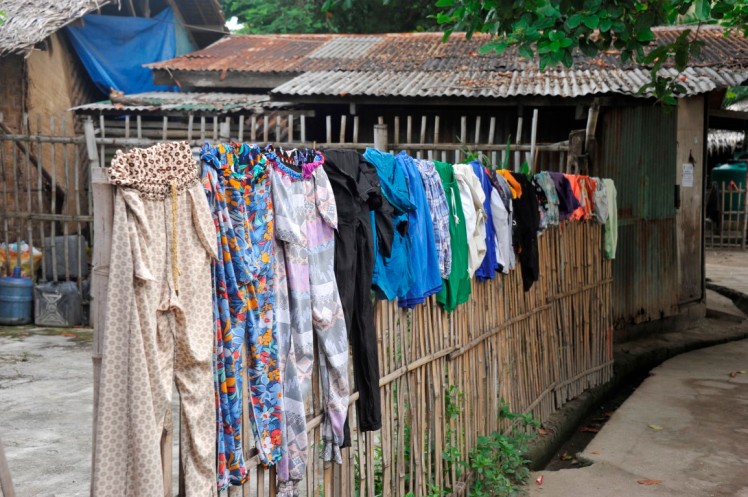 Children were chilling out together and having some afternoon snack.

Enrique entertained them a bit, hiding and showing his face then hiding again.

We kept walking and arrived on the Eastern beach. It took us 10-15 minutes to walk from the dive centre through the village to this beach. First we saw this beautiful fisherman’s net. 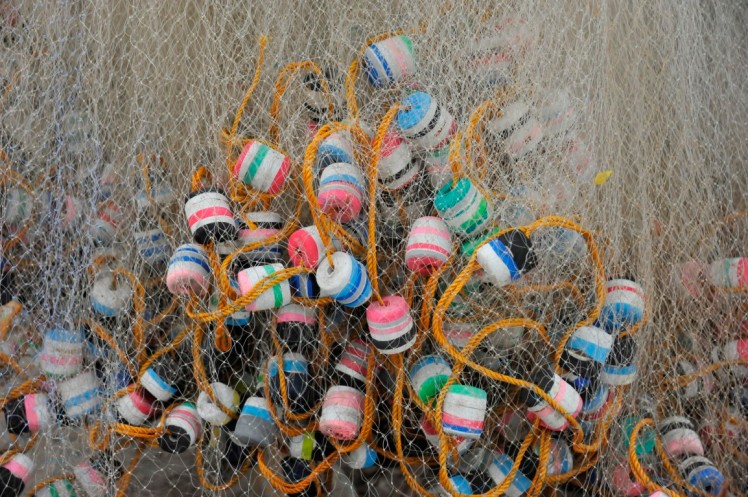 Arriving at the beach. To the left.

The beach was mostly made of coral and facing the ‘Sanctuary’ site to the right which had been destroyed by the Paolo typhoon in December 2012.

Back next to the fisherman’s net, we took a small path heading up and walked through this ‘mini-forest’. 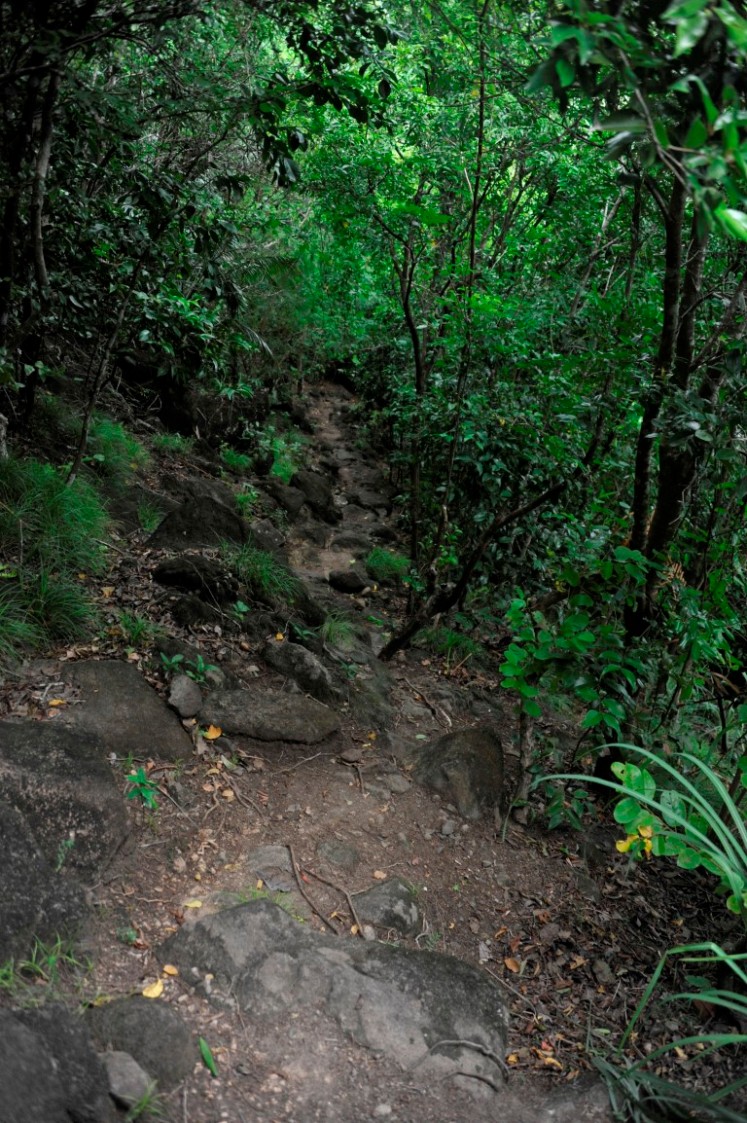 It took us 10 minutes to arrive to the viewpoint, kind of south of the island.

From there we could see East Rocks, those rocks where we had started a dive which finished at West Rocks.

This is West Rocks.

To the right, the Liberty Lodge and arrival point for the boats and the diving bangkas.

While going down on the path we had come from, back to the fisherman’s net, the view of the Eastern side was quite beautiful.

Back near the dive centre, a picture of the sun going down.

After this cool exploration walking in a very humid climate, we were completely soaked. I went to put on my 5mm wetsuit, grabbed fins, mask, snorkle and dive computer and headed to the dive centre for a night dive.

Then we came back, had dinner and chatted for a long time until the generator shut down around 10pm making us go to bed!

Next day, off to Moalboal, let’s go see the sardines and learn freediving!