I woke up quite late and spent some time in the morning on gmail and What’s App and Hangout communicating with various people. It is amazing how addicted we can get to Google. 2 days in China without Google were enough! Saying that, I heard later that in China you can pay for a VPN and access Google stuff the same way as outside China but I didn’t have time for that.

My parents came to meet me at the hotel and we went for a walk. The first picture I took that morning was the picture of this pretty little square located right next to my hostel.

We walked along another square where we saw painters and statues. 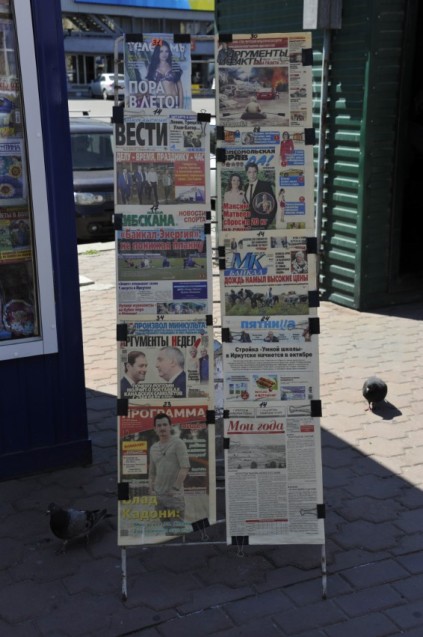 Then we crossed the road and arrived into ‘Quarter 130’ which is a neighbourhood of Irkutsk being currently renovated to recreate the atmosphere of the Irkutsk of 200-300 years ago with old wooden houses and old-fashion shops. At the entrance of that neighbourhood is the symbol of Irkutsk, a mythical animal called the ‘babr’ holding a sable. 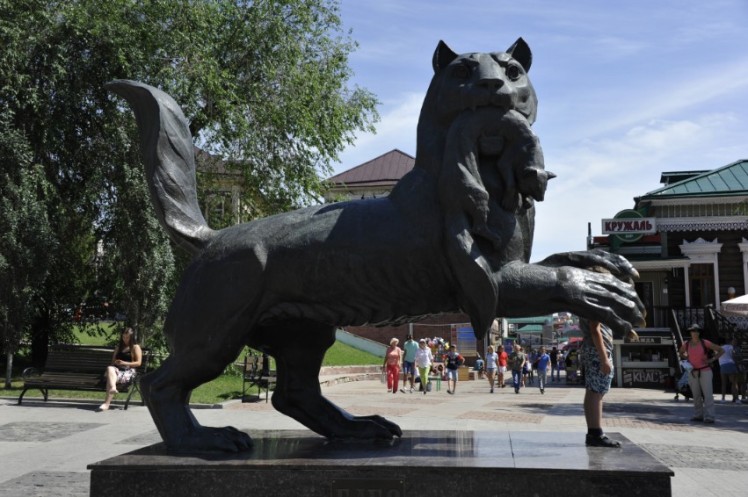 The explanation of the word ‘babr’ given on Wikipedia is interesting, whether it is true or not.
https://en.wikipedia.org/wiki/Irkutsk

Irkutsk was founded in 1651 as a fortress by a tax collector named Ivan Pakhobov who wanted the local Buryat tribesmen to pay a fur tribute. It developed into a centre for trade in Siberia. It became a city in 1685 but the first train only arrived here in 1898.

We walked around that neighbourhood and had lunch there. Last time I had seen them was 18 months before for Christmas but it felt like nothing had changed, as if I had seen them a few days before! Here are some photos of Quarter 130. 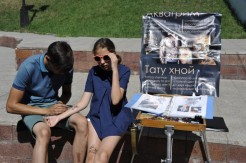 It was quite hot in Irkutsk too but not as humid as in Shanghai. I really enjoyed exploring it by walk. Just the idea of being in Siberia, in the middle of Russia was overwhelming!

After lunch we went inside a nearby church called Holy Cross Church in which 2 women and one man were singing while the priest was walking around. It is amazing what 3 harmonious voices can create when put together. In Russia, women have to have their head covered when entering the church and many churches provide scarves at the entrance so that women can grab one if needed  before to enter the church. 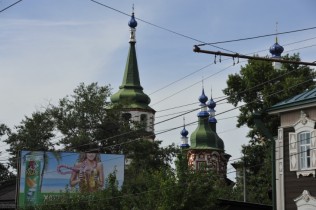 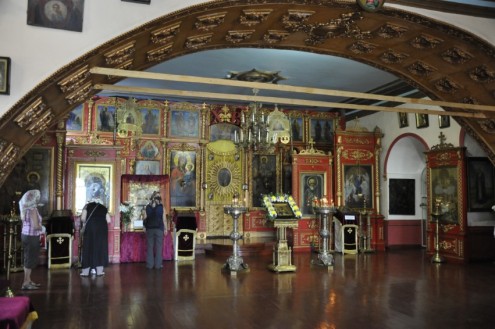 Outside of the church was this little bird called in French ‘bergeronnette’ which translates as a ‘wagtail’. It does move a bit like the willy wagtail  found in Australia and happens to be the emblem of Latvia! It is quite a common bird in Europe and Asia and there is even a sub-specie of it in Australia apparently, although apart from the willy wagtail, I have never seen that bird there. My mum was really happy to see it here because she said that it used to be seen very often in Brittany when she was young but now it is a bird seen very rarely there. Cities are changing and birds are becoming less and less all over the world. It was nice to see this one there. Nice to meet you, bergeronnette!

We went for a walk to a nearby park with my mum while my dad went back to the hotel. It was run down, the mosquitoes were ferocious and I got bitten by nettles which had not happened to me since I was a kid in my grandma’s garden but the view from the top was nice and there was a man at some church having a lot of fun with his hose watering the flowers. We also saw while walking to the park and back from it a lot of wooden houses and interesting architecture, buses, tramways and firemen truck. 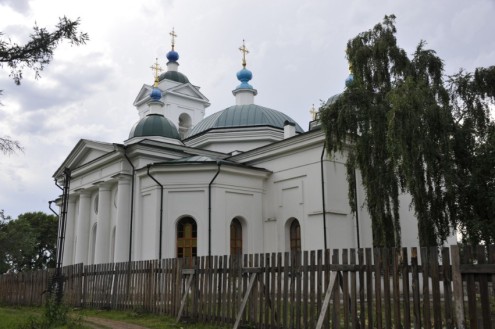 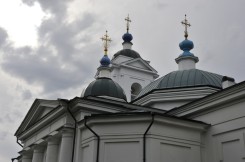 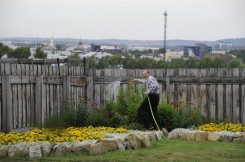 Here are some photos on the walk from the park back to the streets and in the direction of a supermarket. There was a moment where music was playing in the street and I wondered where that was coming from and realised it was from a black speaker hanged at the top of a pole. 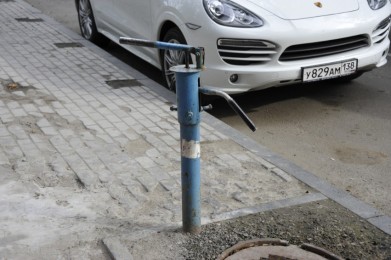 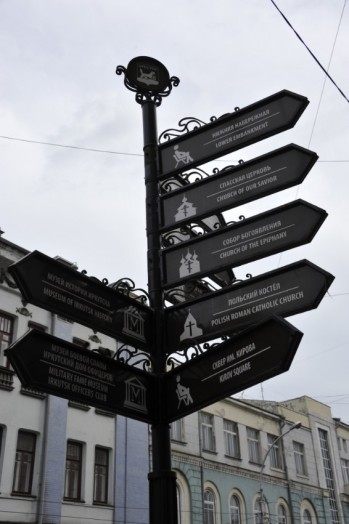 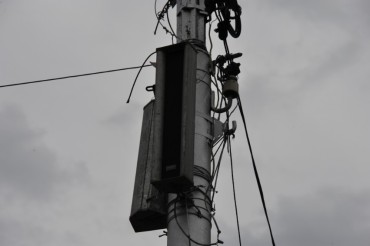 We went to the supermarket with my mum and she was putting 2 tomatoes in a plastic bag, 2 peaches in a plastic bag then 1 zucchini in a plastic bag. Russia does the same as France, people still have to grab veggies and fruits and put them themselves on a scale to weigh them and grab a sticker and bring that to the cashier so people are still thinking heavily to use plastic bags for fruits and veggies to put the sticker on the plastic bag (while Australia does the weighing directly at the cashier nowadays – saying that, there are still some people in stores in Oz also relying heavily on those bloody stupid plastic bags).  After watching recently ‘Blue’ and ‘Chasing Coral’ at they Sydney Film Festival and the series ‘War on waste’ on ABC and after hearing just before to leave that Woolworths, Coles, IGA and Harris Farm had decided to ban single-use plastic bags from all their stores by 30 June 2018, seeing my mum do that was shocking to me. The Russian supermarket were not offering either any solid re-usable plastic bag they could sell for 10-15 cents as an alternative so I bought a gift bag in which we poured all our groceries. We started walking in the street in the direction of my parents’hotel and I started telling her how it was time to stop using single-use plastic bags for veggies and that by 2050 there would be more plastic than fish in the ocean and so on. Then suddenly the gift bag broke under the weight of all things in it and we had quite a big laugh, well especially her, while picking up everything from the street and having to put them all in the three small plastic bags I had reproached her taking for veggies. I didn’t have much to say after that, haha. Also I can blame that one on Russia not offering solid 15cents re-usable plastic bags but only gift bags. Da!!

In itself, it is a quiet city but with incredibly pretty wooden buildings all around. I discovered a really nice drink also called ‘Kvas’ which is a fermented from wheat but non-alcoholic and really refreshing. If only they could serve this in all bars in Australia, that would be an awesome thing to drink when you want some tasty refreshing drink but want something else than a beer for a change! 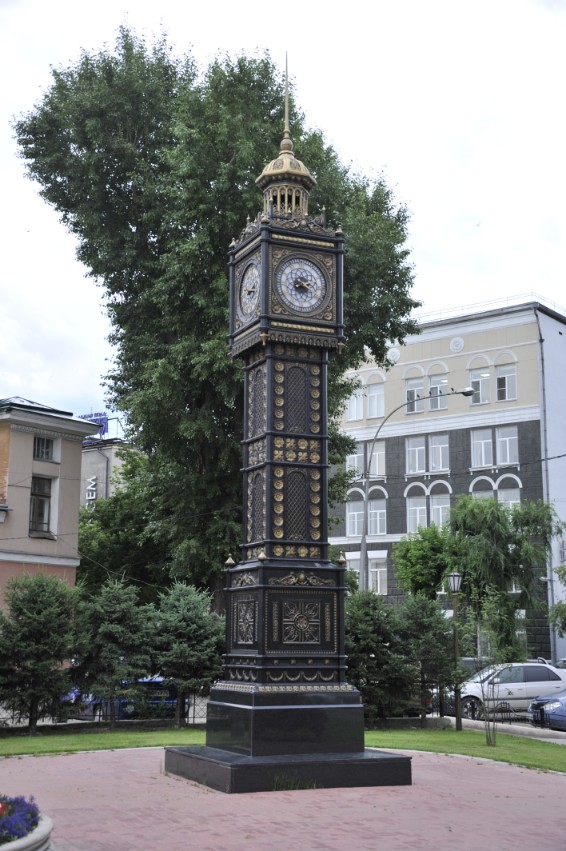 Back at the hostel, I made some easy sandwich with the delicious bred and cheese and dried sausages bought at the supermarket while spending some time writing to BestJet that they should reimburse me my flight. Then I was pretty tired and went to bed quite early.