We didn’t do much that day, except going in the afternoon to the big park complex nearby where we had seen the hibiscus the day before.

We had actually bought discounted tickets for the Bird’s Park in the morning to our hotel, but when we arrived at the entrance, the guy told us that our tickets were for the Kuala Lumpur Tower! We had forgotten to check them. So we decided to give them back in the evening for the right tickets and go there the next day, and we went instead to the Butterfly Park.

It was a four-five time bigger Butterfly Park than the one of Angkor in Cambodia where I had spent 2 days last December. We stayed there for a couple of hours hanging out with beautiful butterflies.

Here is the most colourful one we saw.

That one is off an incredibly beautiful green.

We got caught by the rain on the way back, and I surrendered and finally bought an umbrella, tired of that rainy Malaysia!

We got the right tickets this time and spent our last day in Kuala Lumpur at the Bird’s Park, the biggest bird’s park of the world!

Here is a Western and Victorian Crowned Pigeon

Here is a hornbill, the mascot of the park

Here is a Southern Cassowary. The panel said that this bird is found in Papua New Guinea and in mainland Australia. It is a shy bird that only comes out to search for food in early morning and late evening. When disturbed, it uses its claws to kick out and its wounds can cause serious injuries and even be fatal. Don’t ever mess up with that bird! 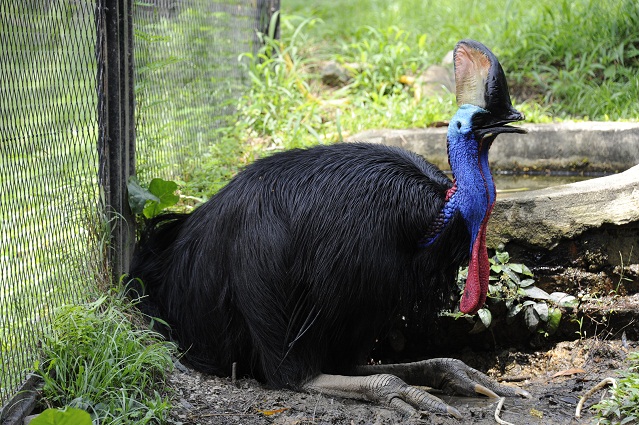 In the evening, we went to an Indian restaurant where we ate some cheese roti.

Originally, I had not planned to go to Malaysia at all, but that was the easiest place to meet with Aude, and I really don’t regret. I had not expected to find so great nature and so much diversity of landscape there. Two weeks is too short, and I hope one day I can go again to explore it further!