Walking around Kings Creek Station in the morning, I came across this funny scene of The Camel and The Donkey. 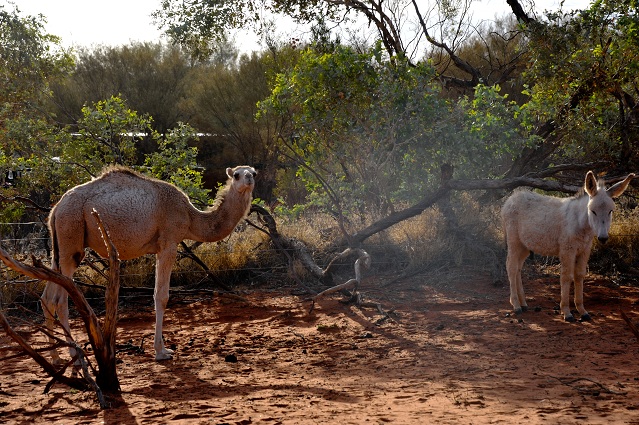 I saw also some galahs nearby. 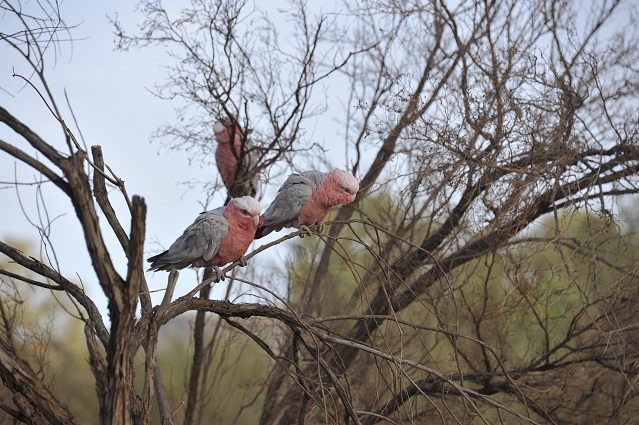 We refueled before to head off. Unleaded: 2.36 dollars per litre!

Here is the view at the gat. Beautiful range on the other side of the road.

On the road again.

We stopped to read the billboard. That’s where I discovered the westmacs website and audio files mentioned in Day_1 post.

Mt Conner, zoomed on. 300m high. It was named Mount Conner by William Gosse in 1873 after South Australian politician M.L.Conner.

At the same lookout stop where we can see Mt Conner, we can also walk up this hill to go and check what there is to see.

And what there is to see is the huge Lake Amadeus, a salt lake 180km long and 10km wide. It contains 600 million tonnes of salt. It’s the largest salt lake in the Northern Territory. When it receives rain, it overflows and connects to the Finke River. Ernest Giles was the first explorer to see it and wanted to call it Lake Ferdinand in honour to Baron Ferdinand von Mueller but Baron Ferdinand asked to change the name to Lake Amadeus in honour of the King Amadeo I of Spain who had previously bestowed honour on him.
This lake prevented Ernest Giles from reaching Kata Tjuta and Uluru and it’s William Gosse the year after who managed to reach Uluru. (Thanks Wikipedia!) 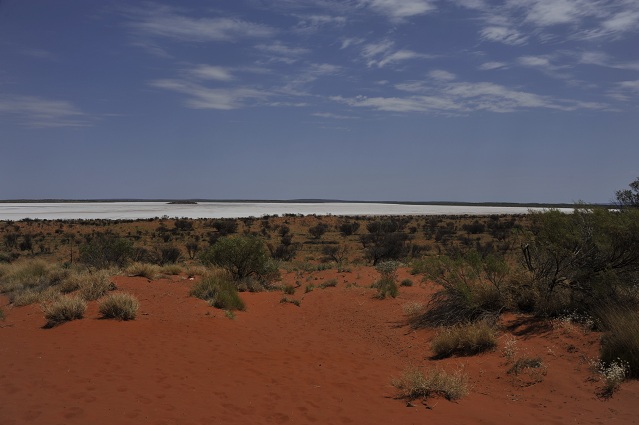 We spotted Uluru for a few seconds from the car for the first time. Exciting! 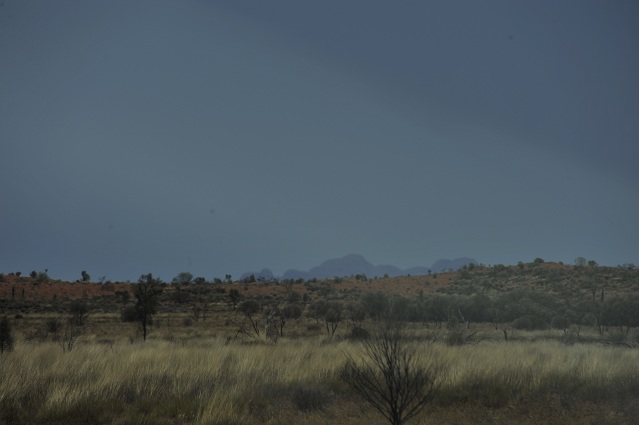 At the entrance of the Uluru Resort, which counts multiple businesses, from basic campgrounds to 5 star resorts, there was some tourist information where I learned that in 1872, Ernest Giles was the first white explorer to spot Kata Tjuta.

At the entrance of Kata Tjuta Uluru National Park.
Good introduction to it on Wikipedia: http://en.wikipedia.org/wiki/Uluru-Kata_Tjuta_National_Park

We did the small Walpa Gorge Walk. Here is the map of The Olgas area. 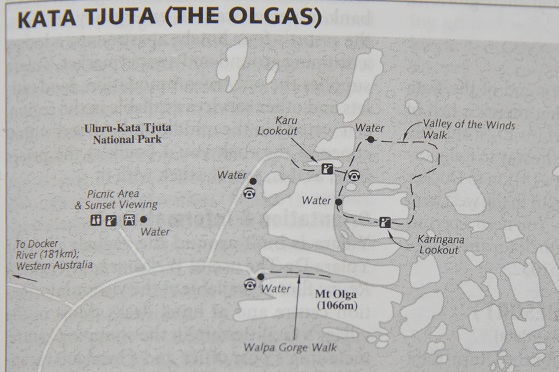 Here is a view towards these giant rocks on the short Walpa Gorge walk. It was really amazing how quickly we became dehydrated. I drank 1.5litres within an hour while walking and still felt like I could drink more!

Huge Mt Olga on the right.

3pm moon above the rocks.

One of the view.

So big rocks they don’t fit in the camera. even when using the wide angle at 16mm! 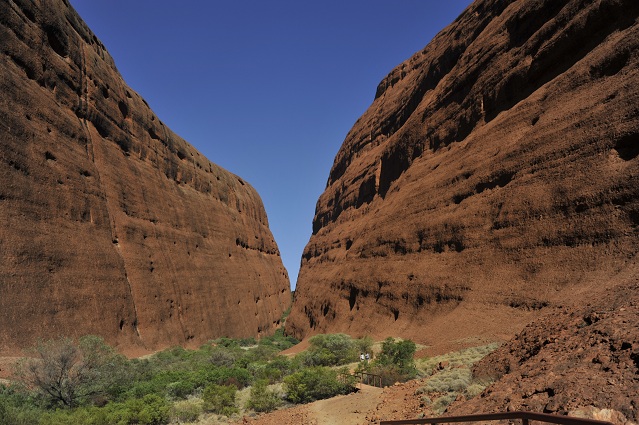 Driving back towards Uluru to go to the Sunset Point. 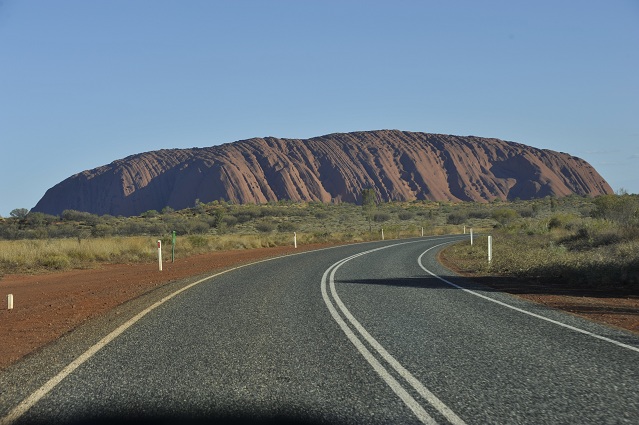 Sunset Point is a huge parking lot of about 500m long where hundreds of cars can be parked at the same time. It looks massive and at the same time, because it’s really spread, it ensures that everyone there can get their “kind of private” view of the sunset colours over Uluru somehow.

Sunset over Uluru. Real postcard picture. Uluru is 348m high (Eiffel Tower in comparison is 324m high). It is 3.6km long. It is believed that two-thirds of the rock lies beneath the sand.

Sign at the campground’s reception. Nice temperature for early November. Shame the Valley of The Winds walk is closed.