In the morning, Rosa prepared “el tinto”, the black coffee expresso on the wood fire in the kitchen.

This is their house, seen from a bit outside.

The dogs playing next to Mandarina, the horse I was about to ride all day.

Luis, his brother Maurices, Seraphin and the baby Jose Luis. 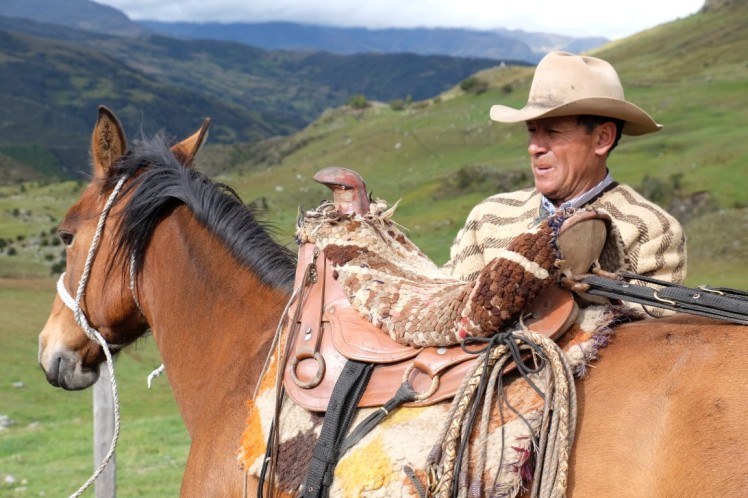 Andres, Maurices and Seraphin and the 3 dogs.

Maurices was making a licol for the horse. 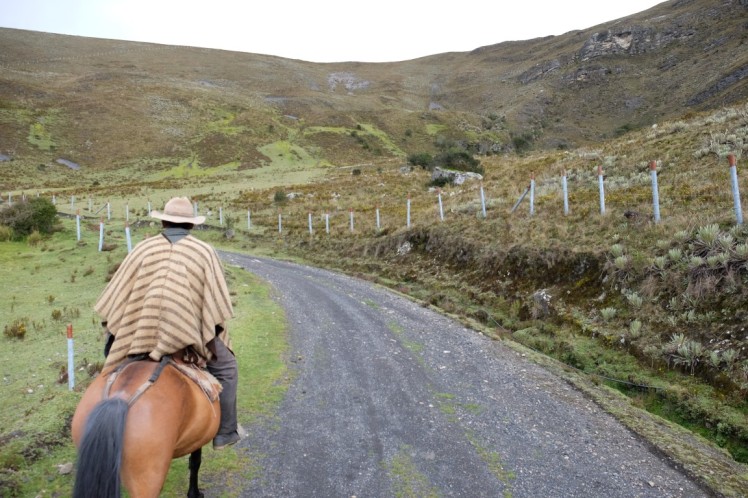 The landscape was mind-blowing all day. I was gobsmacked and could have swallowed lots of flies that day if there were flies around. 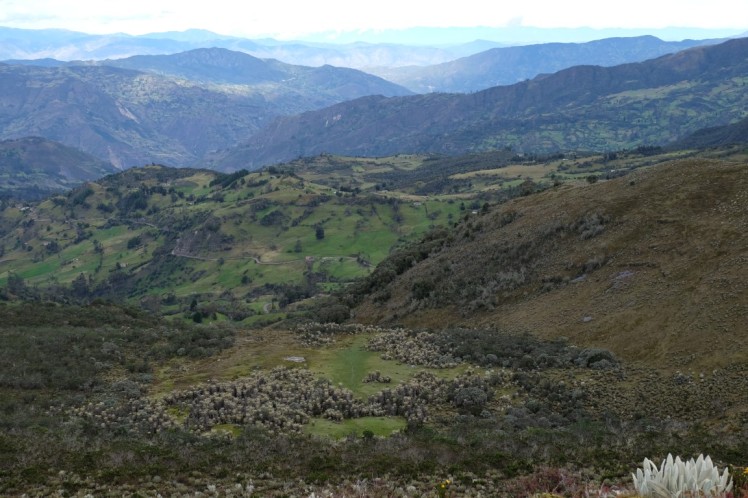 We saw 2 condors, hovering over in the sky, taking thermals like in paragliding, enjoying themselves. So pretty animals, so imposing and what an amazing way of spreading their wings. I was so happy to see condors in the wild!!!

The valley on our left

View from a corner

I couldn`t help having in my head the song of Lucky Luck, “I`m a poor lonesome cowboy…”

That landscape, ah, that landscape. The reality was 100 times better than the shots. And we saw no one around most of the day!! Just those expensive golden views of these incredible surroundings. This range is called La Playa.

The fog came in at some point, making the valley more mysterious 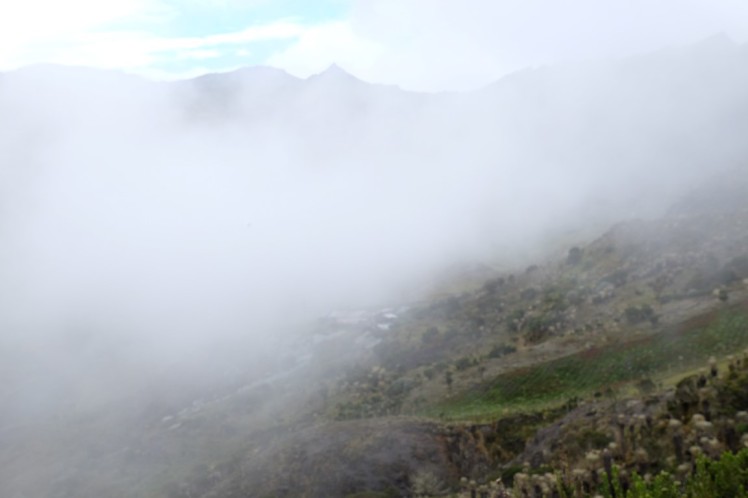 And we kept riding…Over mountains and over prairies..

A little lake on the way, reflecting the sky

We got to the Boqueron de Cardenillo…the frontier with the territory of the Uwa land, the forbidden land.

Ouh, la la as Marcos from La Esperanza likes to say to the French people arriving, OUH LA LA. We trespassed!! We dismounted and walked with the horses towards the sacred holy secret forbidden enchanted valley. 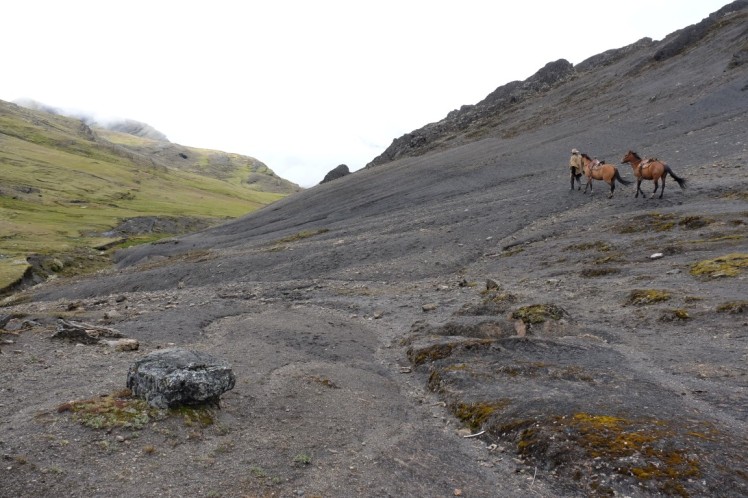 The holy valley revealed itself to my eyes, and I could not believe how beautiful it was. It did feel like one of the Walt Disney movie when you see all animals in a perfect world having fun together. 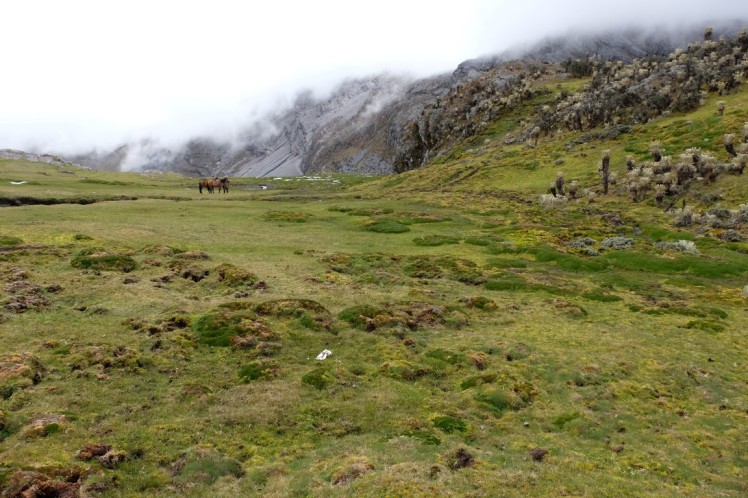 It was just perfect, so perfect. I was admirative of such beauty, I seriously almost cried there in front of this. Never has a landscape moved me so much than this one that day. I could fully understand why the Uwas wanted to protect it. We kept walking and could see the Laguna Grande de Los Verdes in the background.

And we kept going towards the lake.

The path we come from

The one in front of us

The cojines all around, some kind of moss, sometimes treacherous as it looks like grass, you walk on it and you can sink before you even know it, an encanted world hypnotising the walker, while full of hidden dangers under the surface.

Here we are, on its shore 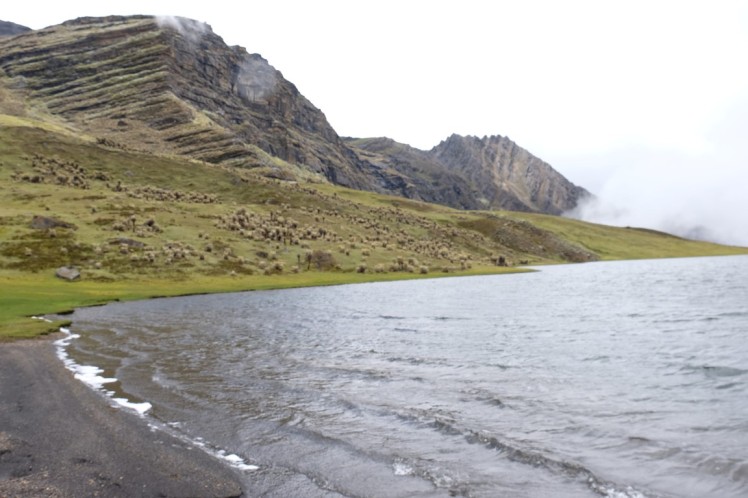 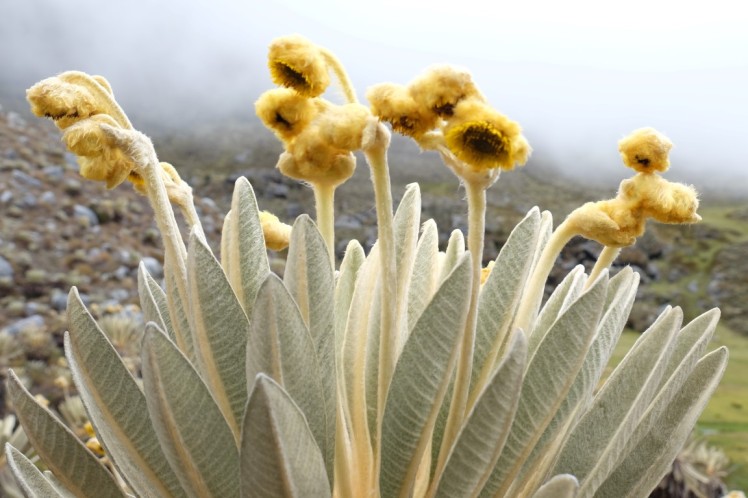 12.40pm, we headed back the way we had come, horse-riding this time.

On the left, the crazy rocks and the snow

Another lake, reflecting the green around

And back we went

With the view of this incredible landscape again 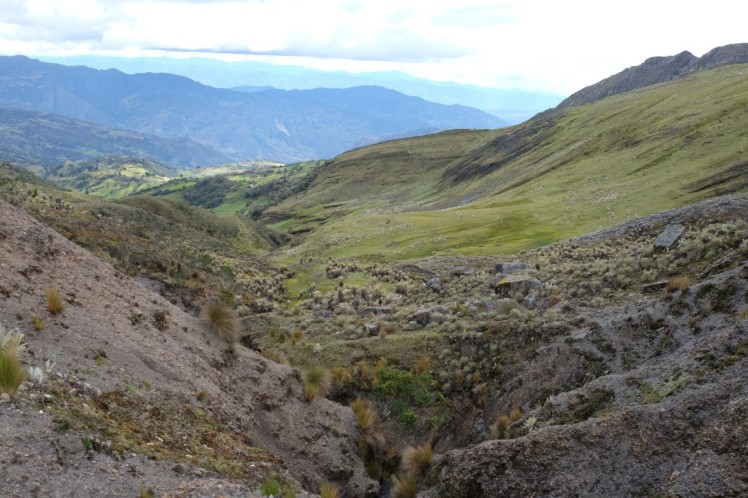 We arrived back at Posada Sierra Nevada around 3.45pm. Full 8 hours ride, having eaten only some guava paste and cheese snack and drunk some water at the lake.

It was time for a late lunch! I was really tired, went to pack the tent which had dried up and have a rest, had some dinner with the family around the fire later on and told Luis and Rosa that I would head back to Guican the next day. They were a bit disappointed. I did think of staying one or two more days to go hike to Ritacumba Blanca as I had wanted and to hang around this awesome family but I also felt like going back and moving on, my feet were getting itchy to go see something different plus I had a week left only in Colombia before to head to Peru. Time kept passing too fast, as usual!

So after dinner, I packed the bag and went to bed pretty early that day!