At 7am, I took this mini-bus going from El Cocuy to Tunja. 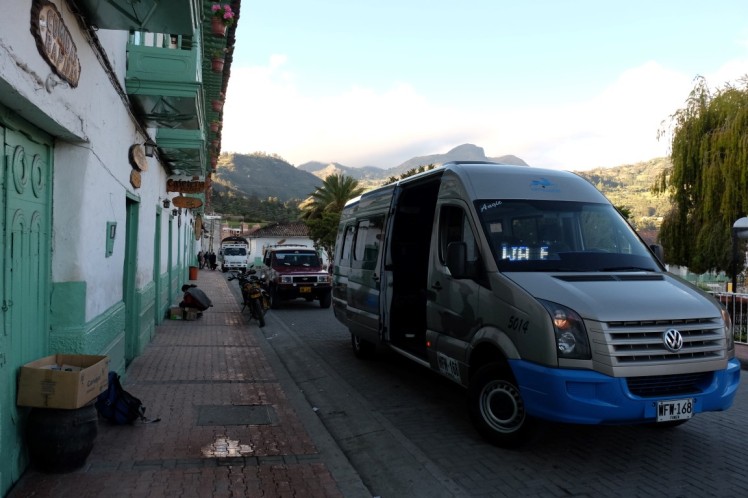 In there was Francois, the guy who had got the snow on his tent all night at Laguna Sierra Nevada and the lightning which had fallen 300 meters away of his tent. We spent the bus ride chatting. He had been travelling for 6 months already, had started in Buenos Aires and Patagonia and gone his way up. He was heading to Central America and then to Canada where he wanted to work a few months in Vancouver. It was cool to chat in French, we talked for the 6h30 of the ride, and I realised it was my longest conversation in French I had had in months!!!

Some of the landscape on the way to Tunja. 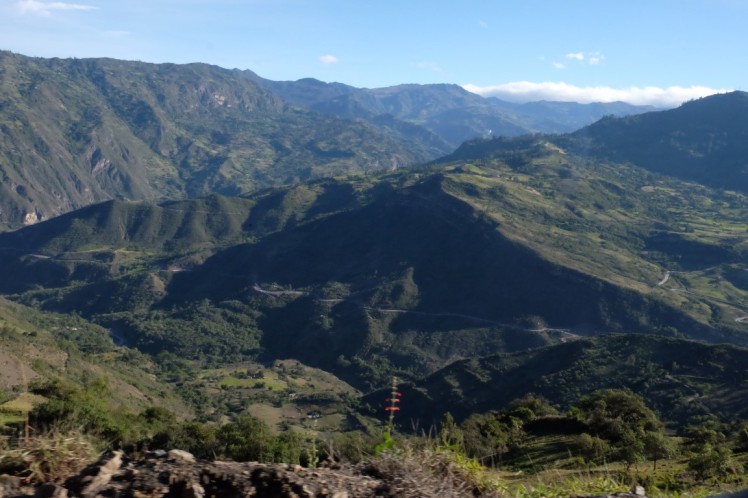 At some spot, a woman made us try this fruit which to me was similar to qumquat. There was not much to eat around the huge seed though, hard work! 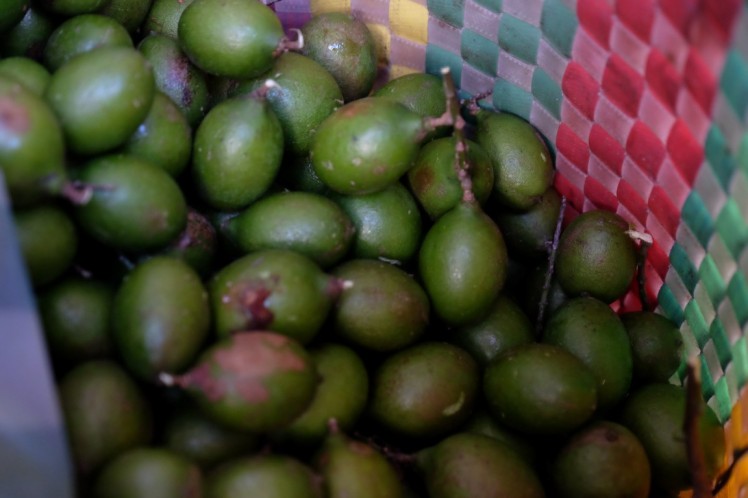 The bus driver. That guy was super dangerous. He was driving like crazy. The road was winding constantly and we were scared that a little bit too much speed would send us downhill and kill all of us. We could see the Colombians in the bus holding tightly to the handbar of their seat, worried too. Those bus rides in South America are not fun for anyone. Francois told him: “Puede ir despacio por favor! Tranquillo!”, but the guy was arguing to him that he was respecting the speed limit, when he was definitely not. He did decrease his speed a bit, but still was rushing like hell. I really wonder how many bus accidents occur each day that we don`t hear about. 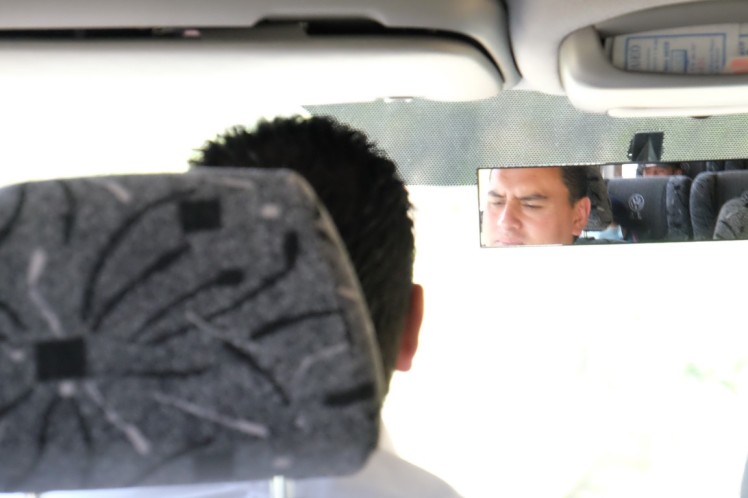 A church in one of the village we stopped.

Some people in that village contributed to setting up a new tienda (shop). 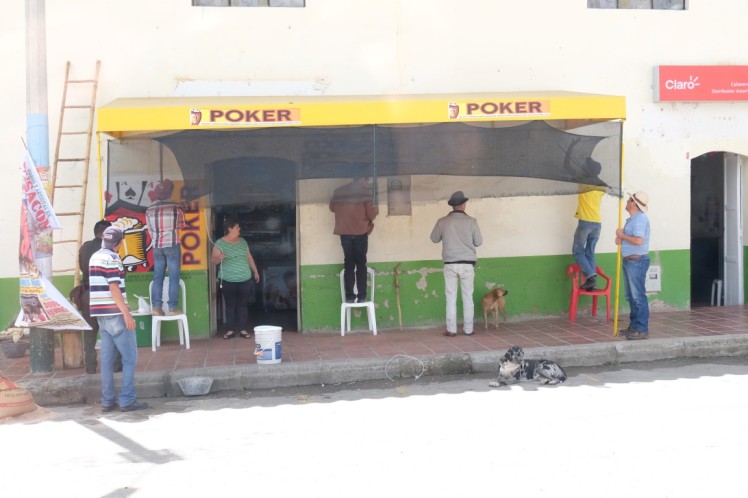 When we got to a small city before Tunja, Francois pointed to me this sign at the back of another bus which gives the possibility to passengers to give feedback on the driver style of driving. It is great but when we got to Tunja half-hour later, we were taken straight by guys there to the next buses, and actually didn`t take the time to report that driver. I guess that`s also probably why that driver was so eager to get us going! I regret not having reported him. He really deserved to get some warnings, who knows when he is going to kill everyone in his bus, including himself.

On the way from that small place to Tunja, this woman joined our bus. Often in the buses, people jump in and give a speech for a charity. This woman had distributed to everyone some brochure about God and was talking about her charity and trying to get the people to keep the brochure and give her some money.

We got to Tunja, Francois headed to his bus for San Gil – Barichara where he wanted to stay and I was directed to the second floor where I had immediately a small bus for Villa de Leyva. Landscape while heading there. 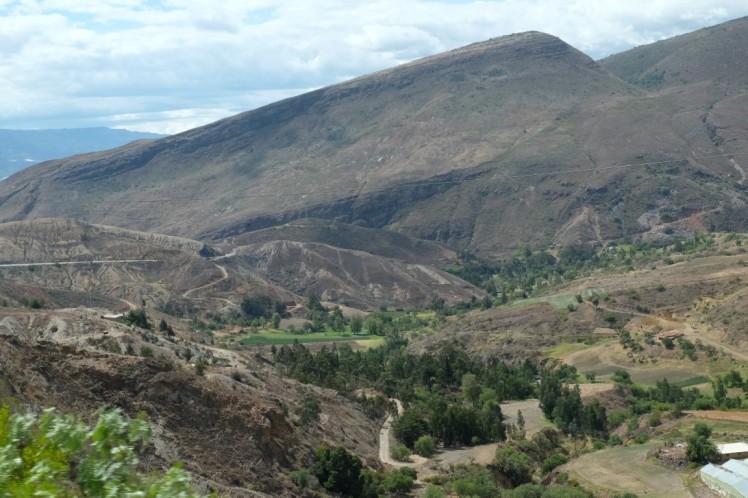 I got in Villa de Leyva around 2.30pm and walked in a shop and asked the address of the Mini Hostel in which Francois had slept. He had recommended me to go stay actually in the hostel nearby of that hotel called Rana something which looked nicer. A woman told me which street to go to and how to get there, I found the hostel and checked in. That Thursday night, there was no one and I had the entire 10-bed dormitory for myself! Yihaaa! 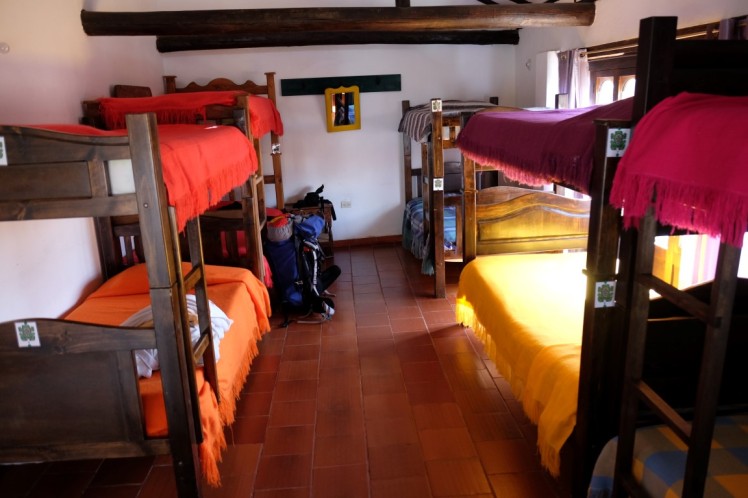 I spent some time washing all my dirty hiking clothes which means literally all my clothes in here. 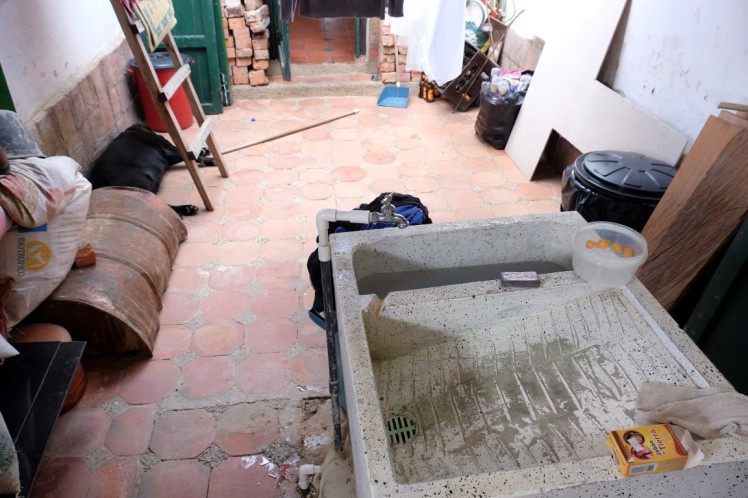 That old dog was like a pig, so fat and snoring heavily, made me really laugh. 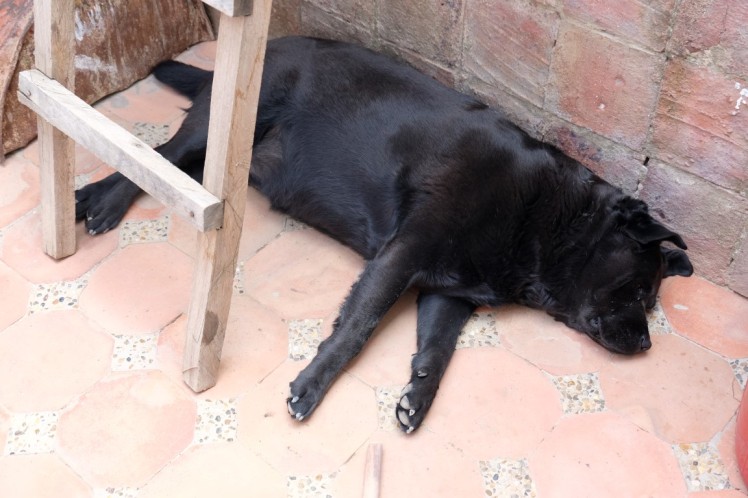 And here we go, all clothes washed with care, those Merino delicate materials and synthetic and micro-fibre. Let`s hope that effort of washing my own clothes really makes them last longer!

After that, I was starving as I had not had lunch yet and went at the corner in a pizzeria where I had a Margherita and a glass of red wine. Villa de Leyva is reputed for its great food from all over the world, after a week of proper local Colombian food, mostly rice, chicken and the plantain banana, I was very happy to go for a pizza! 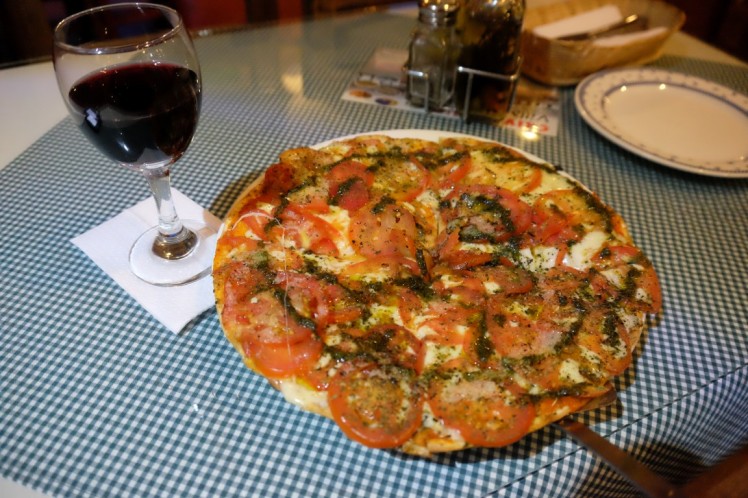 And voila for the day. Next day…blogging!