I put the alarm clock at 7am but only heard it at 7.30am! It seems like I needed more sleep! It took me forever to pack my bag that morning as I was done by 8.20am. Lucky I didn’t have to pack the tent too that morning! I went to the brekky area and Vincent, Jade, Alex, Theo and Julian were already there, almost finished. I setup my brekky stuff and chatted to my neighbours Sanchia and Caleb who were both from Australia. Sanchia was from a small village on the Sunshine Coast called Elbo and Caleb was from Cleveland, right next to where my cousin Dalisay lives. I told him I knew that Brisbane-Cleveland train line really well. They had awesome  gears to make coffee, including a Japan ceramic grinder for outdoor use from the brand Porlex.

Sanchia can be followed on Instagram at “sanchiasan”. We talked a bit about Australia. Meanwhile, Jade and the guys had finished packing their tents and gears and were ready to go. I left a bit after around 9.45am. I arrived at 11.15am at Hostel Las Torres. During the walk back, it was funny to see the people going up panting on the hill, struggling like we had struggled the morning before. Tough hill. Some photos of the hike back. 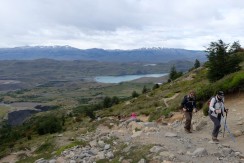 Jade and the guys were cooling down right at the entrance which was great as there was no way I could miss them. I bought 4 AAA batteries from the ministore for my headtorch as my new Duracell ones had already died. Handy that store!

Then we had lunch and chilled. I bought from the store some fanta and chocolate. I was having a craving for sugar.

While eating, 10 meters away from us, we saw a bird of prey about to grab a rabbit which was running!! It was so cool!! I had never seen that and definitely not from that close for sure!! We were really excited to see it together, it was a cool moment to share. I wish I could have filmed it. That bird!
Here 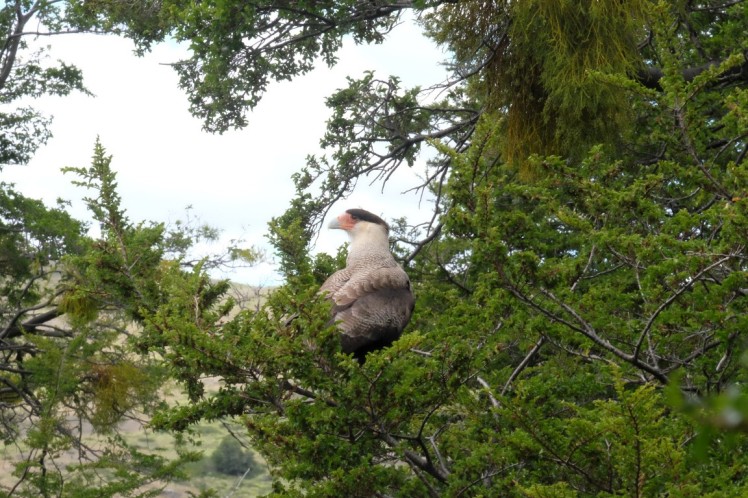 Here was our lunch table.

The awesome view we had during lunch.

Jade, Vincent, Alex, Julian and Theo left around 1.30pm to go take the bus and get back to Puerto Natale then Punta Arenas then fly to Puerto Montt then bus to Santiago. Then Julian would fly to France and Alex, Jade, Vincent and Theo would spend their week-end in Vina del Mr then fly back to France on the 21st December. It was awesome to spend these 5 days hanging out with them, they were sooooo cool!

I had said good-bye to them for literally not even 3 seconds when I heard a voice calling me: “Hey, Anne!!” It was Julian and Emma, the 2 American hikers we had met at dinner at Campo Italiano 3 nights before. They were also heading to Campo Seron so we started walking together. Here they are, just a bit in front at the beginning.

Very quickly, I said good-bye though, stopped and took my jumper off. I warned them that I was super slow and that it was better for them to carry on and that I would see them at the campground.

The rest of the walk was a real pleasure. There was just…no one!!! I only ran into one guy who was coming from the other direction, who only said “Hola” and passed. And later, I got caught up by a friendly couple from Calgary, Canada, Sarah and Marc, around 5pm.
We chatted a bit. Marc was actually from nearby Brisbane but had moved to Perth when he was 7 then in 2008 he had moved to Canada. He had lived in London from 2011 to 2013 and had gone back to Canada afterwards.

The landscape that afternoon was nice but not the most interesting day of the Circuit. Here are some photos of the afternoon walk from Hotel Las Torres to Seron. 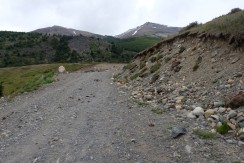 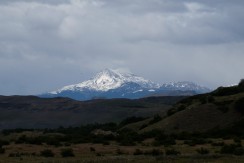 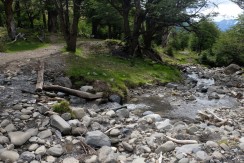 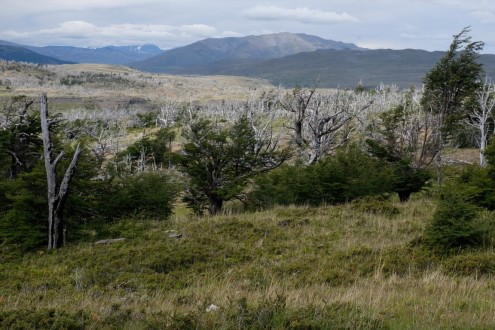 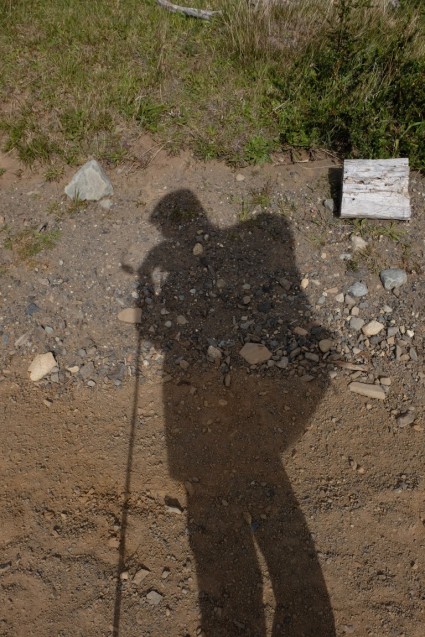 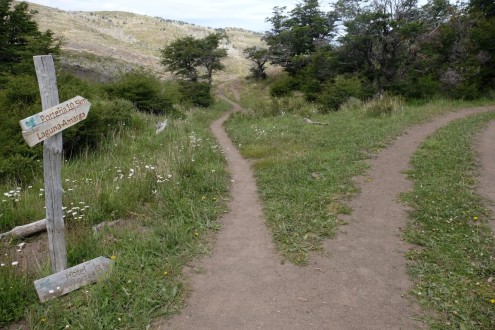 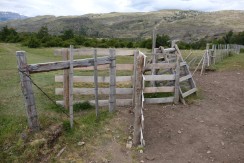 While walking alone, I got bored with myself and found the cool game of trying to count how many countries I had been to until now. That kept me busy for a while as by the time I was getting to 25 I had already forgotten the first 10. I finally counted 55. Then I tried to think of all countries names I knew in Africa and could count 27 when there are probably around 50. I thought about the seven ‘Stan’ (Pakistan, Ouzbekistan..) and then tried to remember all the States of America. I was remembering half of them. I had fun counting stuff, that kept me busy for a bit. My only regret was to not carry a map of the world with me on which I could have checked which countries I had missed. Hiking can be a good a way of learning your geography.

We arrived at the campground around 6.30pm. It looked pretty packed! To the left.

Emma and Julian had arrived some time ago, set up their tent and were finishing to have dinner. With Sarah and Marc, we went to the reception, paid the one night and then we walked around to search where to put the tents. We found a spot where there was no one. Then I went for a shower, it was hot, washed my undies and socks. Then I went in the kitchen and cooked some mashed potatoes with salami. There was an American guy from Michigan, Tim, who had grown up next to Grand Rapids. So funny! I had studied there for a year about 10 years ago so we talked a bit about Grand Rapids. I really loved this place when I was there. He was in the military, working as an engineer and moving to Hawaii the year after.

After dinner, I washed my dishes quickly and boiled some water that I poured into my 500ml Nalgene bottle to make a hot water bottle.  Then I ran to my tent as every night to put the hot water battle into the sleeping bag as fast as I could. Then I went to brush my
teeth. Then I took apart the stove and went to toilets then to bed.

I setup the alarm clock for 6.10am. Tomorrow, it would be 18 kilometers again, like today, a pretty long stretch!

By the time I came back from dinner, 6 tents had popped out around mine and the one of Sarah and Marc, like mushrooms! British guys. It felt like a real invasion. I ran into Marc who was coming back from the toilets and was pretty shocked too and quite upset about it. There was an interesting cultural gap here. In Australia and Canada, there is so much space that people don’t put their tent two meters away from yours. In Europe, there are much more people and people are used to camp quite near to each other without being too bothered about it. Here is a photo. On it, you can see Marc and Sarah’s tent, kind of white and mine the Big Agnes. Around them some red and some green tents. The invaders.

It was 10.30pm and those guys were still chatting. Not even outside. But from inside their tent, one tent calling another tent. Oh well. They didn’t know what they were up for. Ahahahaha. Big mistake, guys. My mattress cringes a lot and I move a lot during my sleep! And that’s why I tend to put my tent 10 meters away from anyone usually. OH OH OH.

I couldn’t believe how full the campground was though. Everyone always talks about going for the “W” circuit, which was the places I had just been the past 4 days. But the O? I had the impression it was supposed to be way less people and there we were, probably about 200 people. It felt like the O now had become as popular and that new route would need to be thought in the Torres del Paine!

Next day, off from Seron to Dixon!