I walked to the minibus bus stop where I found one going to Tierra del Fuego National Park. 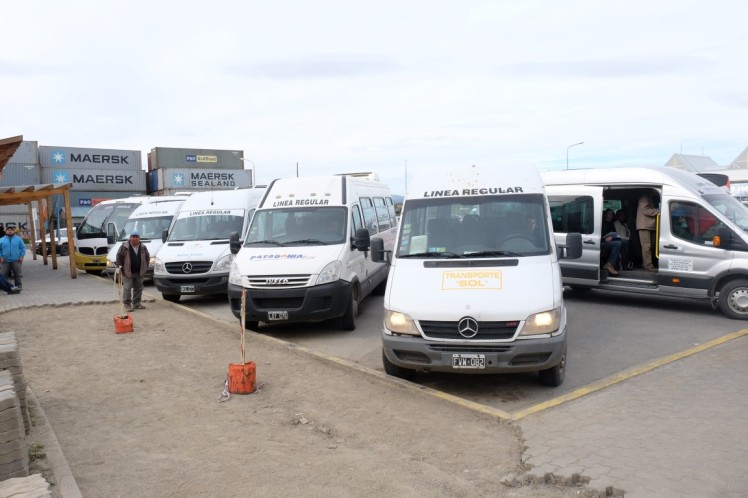 Landscape on the way there.

We stopped at the entrance to pay the National Park fee.

We got a map on which were the tracks. I decided to do the Coastal Walk first and then go to the lookout on another path.

There was a post-office where the minivan left me and I thought: Great! I wanted to send a few postcards from the end of the world! Perfect. 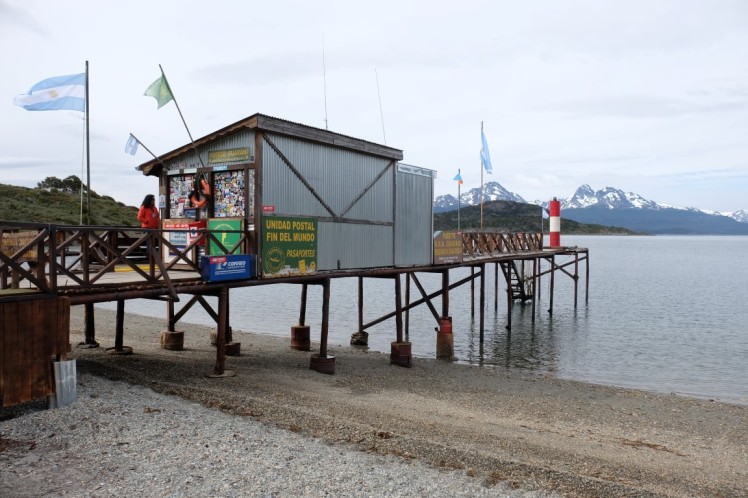 So I walked in and discovered that not only you could buy postcards and post them from there but they would get a special stamp and you could also get a stamp in the passeport! From a man apparently quite legendary too! Some Dutch people who were getting their passeport stamped told me that they had seen him on a Dutch TV show. It was quite symbolic actually to get the passport stamped by him. It was that magic moment saying: Yep, this is it. You have made it to the end. You deserve a stamp. I, the man putting stamps in the post-office at the end of the end of the world, certify that this person accomplished their journey which finishes here today and can now go back home. It felt a bit like a symbolic moment that could be an extract from “The Alchemist”, the book from Paolo Coelho I had grown up with which made me dream big about the accomplishment of the personal legend. So here I was. Getting the stamp. Ready to go.

When I left, there was a huge queue waiting to get their passeport stamped. 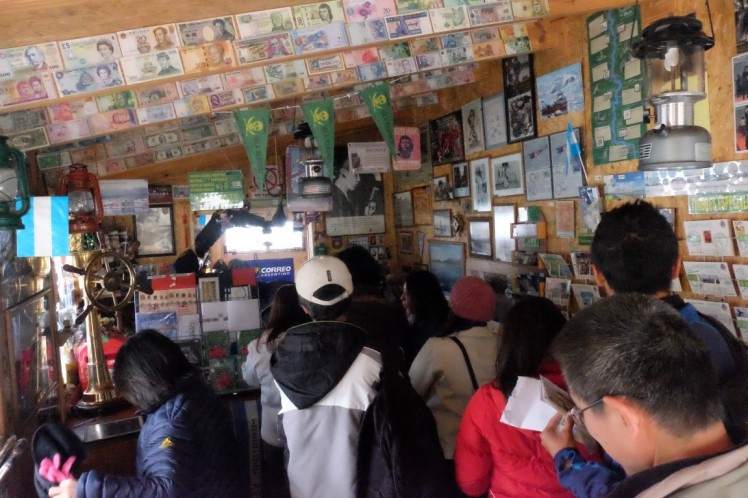 When people exited, they were all checking out their passport.

I enjoyed the lake view. 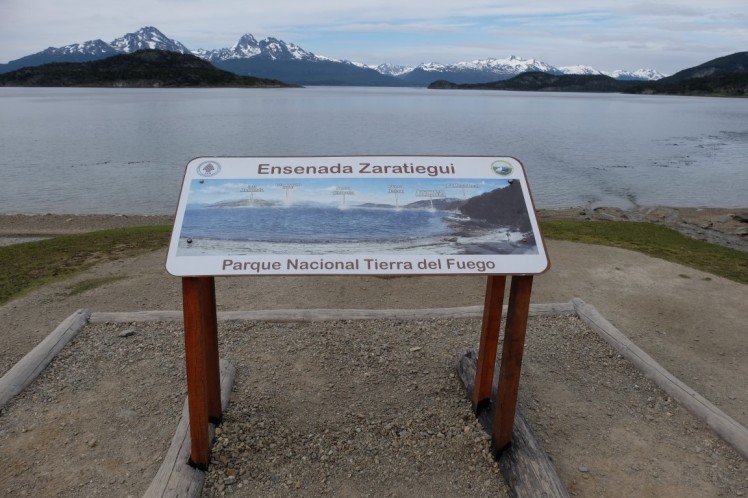 There was this cool map.

And off I went on the Coastal Walk.

It was a nice trail alongside the lake with interesting trees. 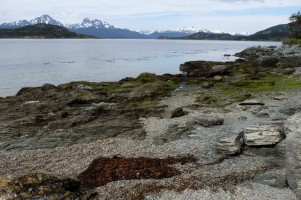 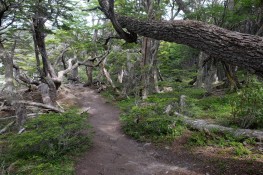 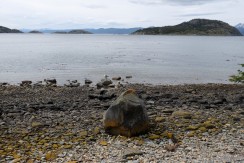 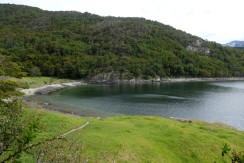 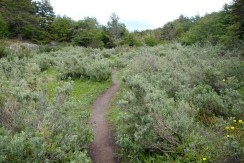 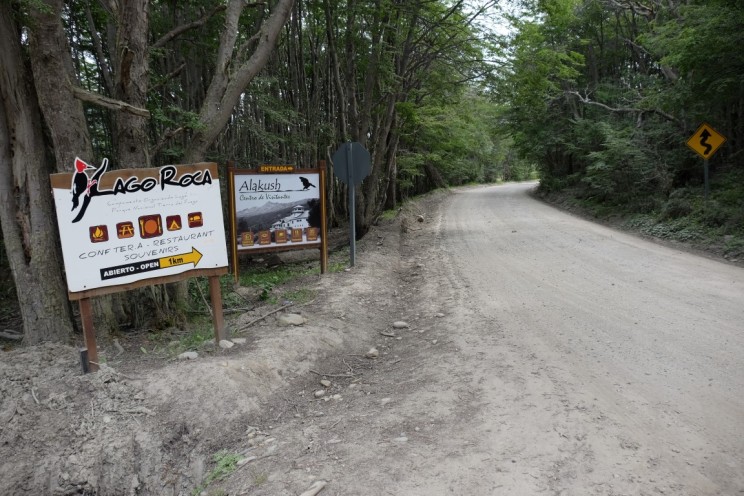 At the end of the walk, I headed towards some eatery. I passed another lake, some barbecue table, found the eatery and had some empanadas with coffee and cake for desert.

Then I went on the second walk, alongside another lake and then into the forest to a lookout. The weather was getting pretty rainy but it wasn’t that bad. 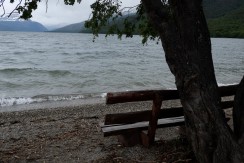 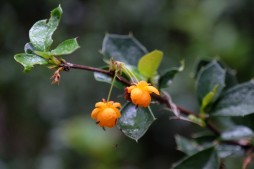 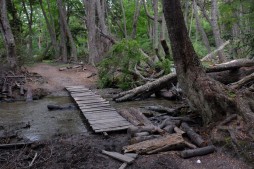 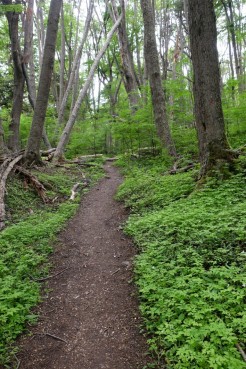 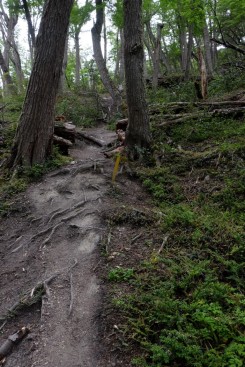 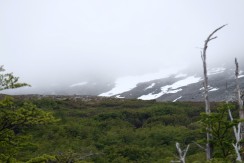 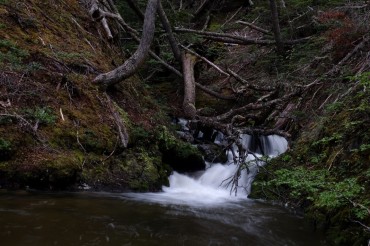 Towards the end, I had fun doing a little series of “Juanitette in the wood”. After all, it was the last day of her trip in South America too! 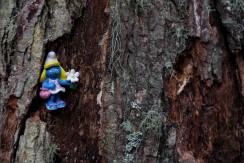 The weather more cloudy and rainy when I got back to the lake. I decided it was a good time to head back! 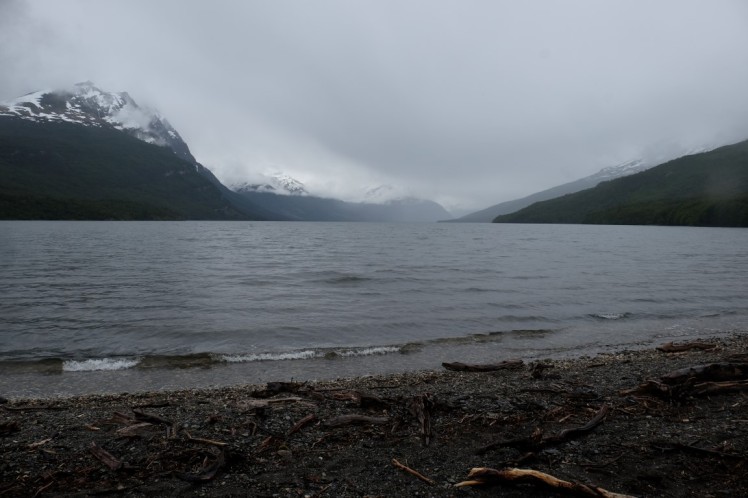 There was this cool map at the place where I had eaten and was waiting for the minibus.

It was pouring rain on the way back and here is the Ushuaia we saw when we got there. This was the image I had of Ushuaia from the books I had ready, a cold, wet, rainy and windy Patagonian Ushuaia. It was interesting to see it like this even if it didn’t last long that evening.

Got out of the minivan and walked to my favourite WiFi headquarter again. It was pouring rain indeed.

After some WiFi dinner, I went back to the hostel where I packed up my backpack, ready to leave the next day to catch-up the 9.30am flight to Buenos Aires where I would then grab a flight to Sao Paulo. I met a few cool people that evening, including a French girl in the dorm, Elisabeth, who was sleeping in the bed right below me. We chatted quite a bit. There was a French guy taking a plane at the same time the next morning so we decided to share the taxi to the airport. Around 10pm, another ferry sounded the horn three times, like the one the night before, and I watched that ferry depart for Antarctica, thinking that…I wish I had more time!!!!!!

And that was it. The end of a 6-month trip from Cartagena to Ushuaia. 5 months and 3 weeks to be precise. I made it. Without getting anything stolen. Without breaking anything, no bone, no motorbike, no camera this time. With very few diarrheas but quite memorable ones like the Cusco one, right Anouk? and Manue? We will remember those Cusco ones. Ahahaha.

With so many people met on the way, so many who were very inspiring travellers. With so many long lasting memories. It was time to go. For a 5-week catch-up with friends and family in Europe and then back to Australia!

Next day, off to Buenos Aires then Sao Paulo!