Left the Antarctica hostel and its cosy lounge around 7.30am.

We got into the taxi to the Ushuaia airport with Aurelien, the French guy flying back to France through a different route. Last view of Ushuaia from the airport.

Queuing at the LAN counter.

Getting into the waiting area.

Getting into the plane.

View of  the Ushuaia airport from the plane. Ready for the 9.30am take-off!

Last look at Ushuaia from the plane. 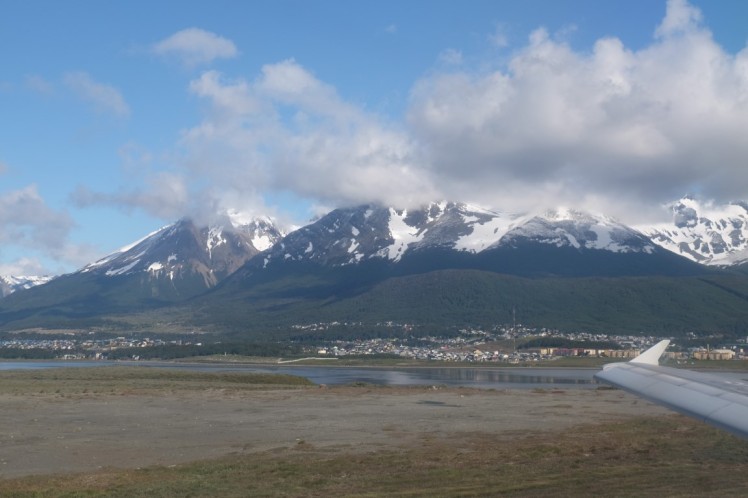 About to take off.

And here we were! Off to Buenos Aires. 3h30 of flight.

We passed over the Beagle Channel.

We saw the Navarino Island.

Navarino National Park on hte left. Ushuaia over there somewhere under the clouds.

Zoom on the snowy peaks. 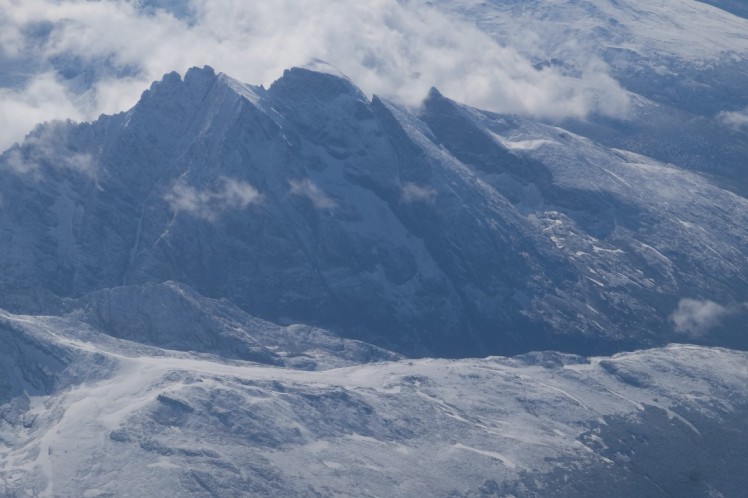 Passed above a lake. Maybe Lake Escondido. It was was funny to see that the clouds were all around the lake but not above the lake.

We reached the open sea. 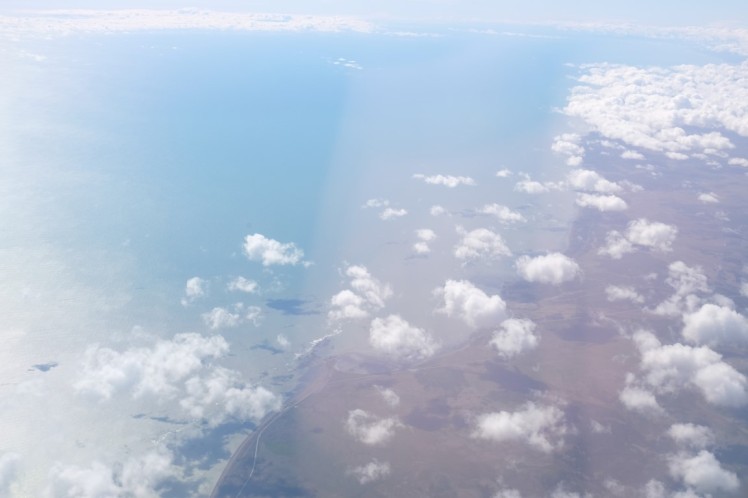 We got served some snacks. One of my last alfajore.

And soon we were arriving in Buenos Aires. 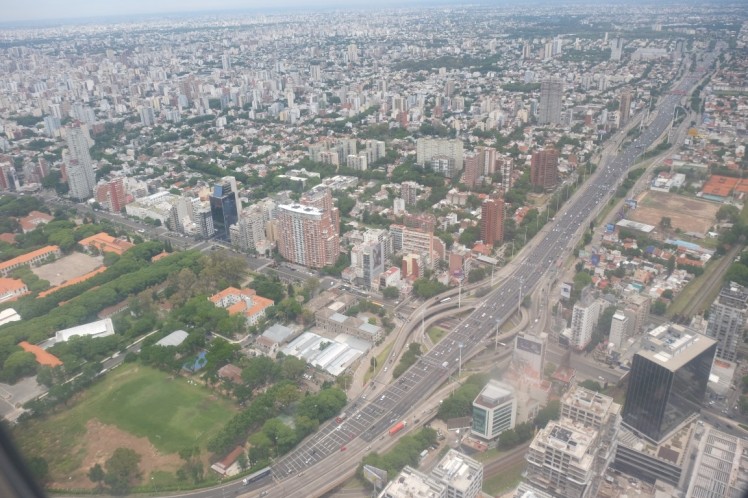 Passing above one of its famous stadium. 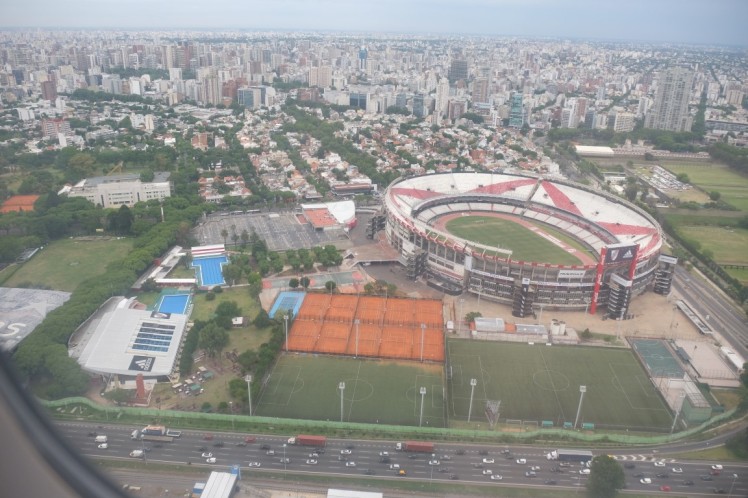 We got off the plane. 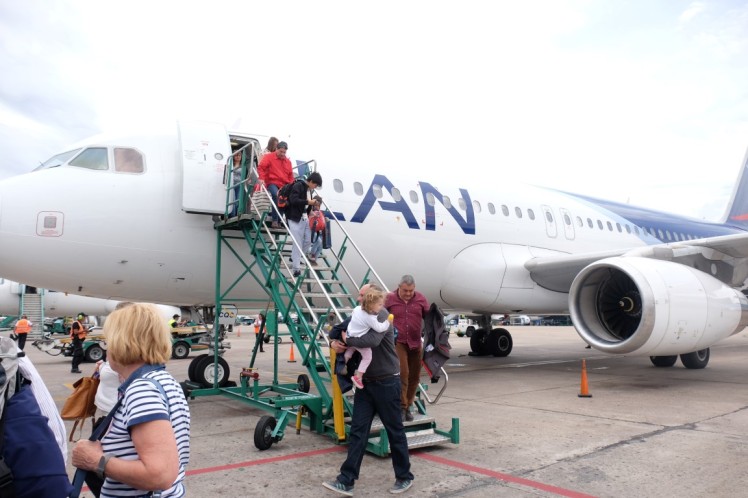 Went inside and checked out the boards. It was 12.30pm and my next plane was at 3pm for Sao Paulo. I looked at this board thinking: Asuncion no, Bariloche yes, Com. Rivadavia no, Cordoba no, El Calafate yes, Iguazu yes, La Rioja no, Mar del Plata no, Mendoza yes, Montevideo no, Neuquen no, Posadas no. Uhm. Still a lot of places to go tooo!!!

Looking at the next board I realsied that apart from Santiago de Chile, I had been to none of these places either!! Indeed, so much to see in this world!! San Pablo. Tam. 15:05. Here was my flight. Gate 21. 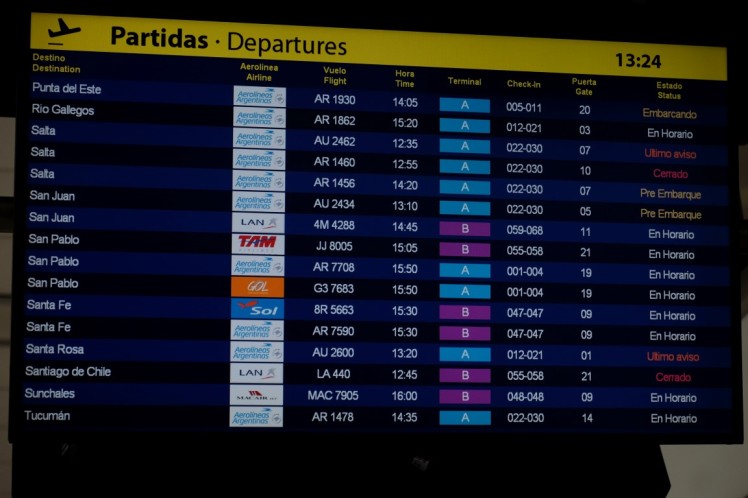 Before to head to the gate, I bought a quiche lorraine for lunch. Yummy. 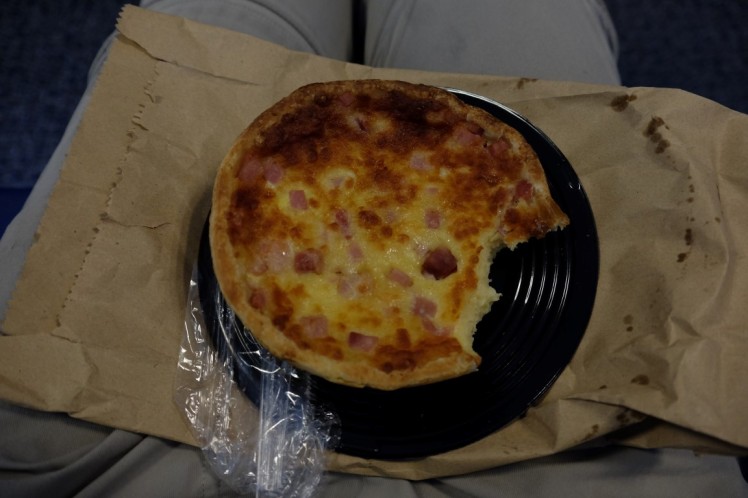 Getting into the bus. 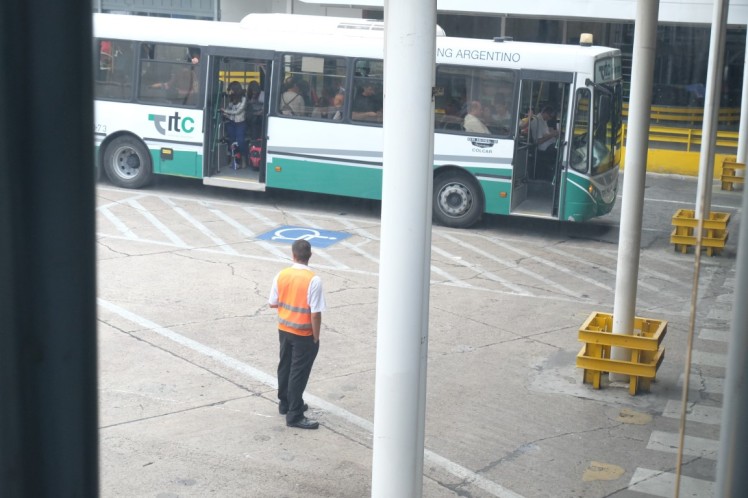 Getting onto the plane. 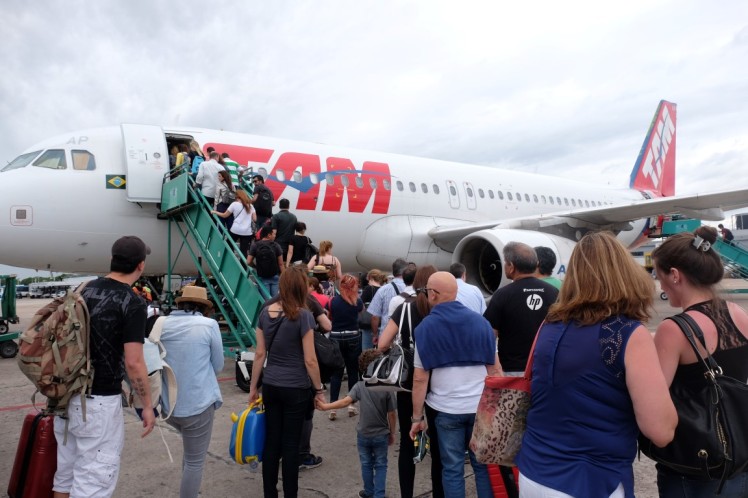 Here was the flight journey from Buenos Aires to Sao Paulo.

View from the plane. Boring.

Picking up the backpack. 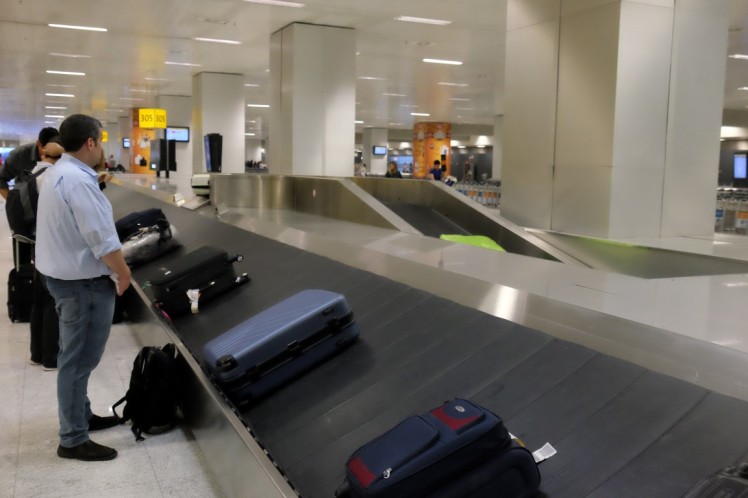 Getting into a taxi. 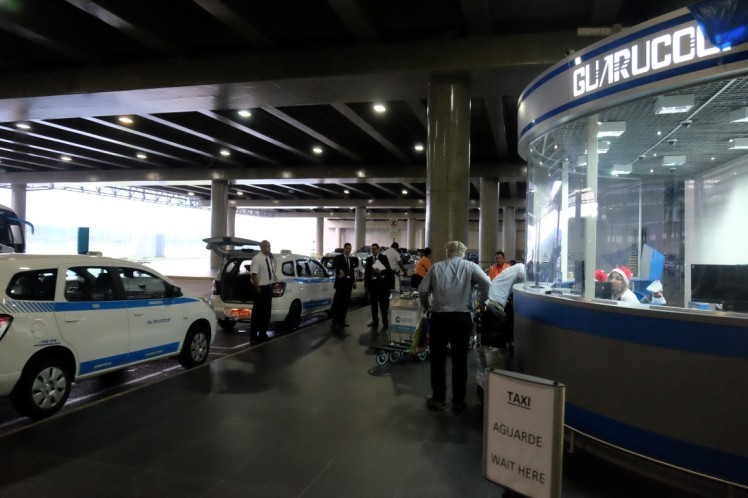 And soon at the hostel where the weather was humid and hot, so different from the dry and coldish Ushuaia weather from the end of the end of the world. Luckily, the room had good air conditioning. It was strange to be catapulted from Ushuaia to Brazil. I don’t speak Portuguese and it was very frustrating to not be able to communicate anymore apart from very basic English sentences. I tried my Spanish but apparently Brazilian have no desire to learn Spanish, ahah. I walked in the street to a pizzeria, had a pizza and then went back to the hostel and did some WiFi in the lounge and had a Brazilian beer with a German guy who was at the beginning of his trip and soon off to some music festival. Then went to bed.

Next day, one day to explore San Pablo before the next plane for Europe at 8pm!