9.45am Off we went with Anouk to grab her stuff first at the Ecopackers hostel where she had stayed for the last night with the group of the British Exploring Society she had just spent 3 weeks with in the Manu National Park. The first thing that I noticed on the streets were the women selling pineapple, everywhere. Juicy pineapple slices for 1 sole. Yummy!

Anouk pointed to me how funny the little green guy was at the lights as he kept walking on the light. 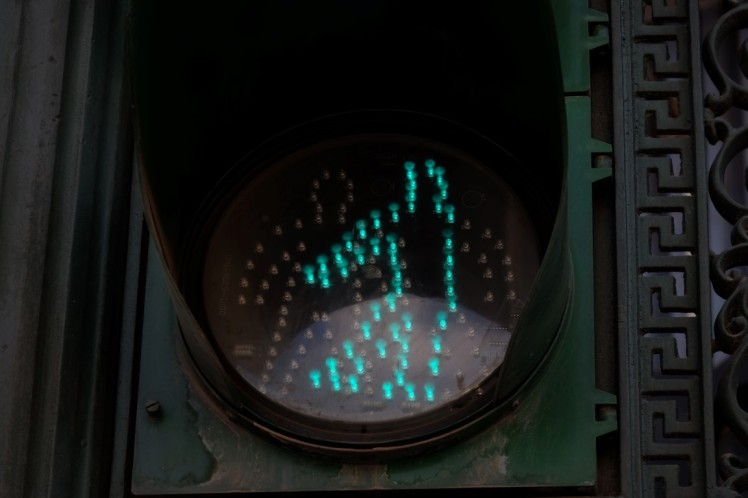 One street of Cusco, colonial houses, legacy of the Spanish occupation.

Cusco…considered one of the most beautiful city of South America, a mix of indigenous cultures and Spanish colonial buidlings. The legend goes that once upon a time, there was the daughter of the moon and the son of the sun who both lived on islands in Lake Titicaca and got together to go start a new place where the navel of the Earth was, and it happened to be where they set Cusco. Cusco started expanding around 1438 with the Inca ruler Pachacuti who defeated the Chanca. Pachacuti laid the plans for Tahuantinsuyo, the Inca Empire (it means the 4 quarters of the Earth) with Cusco as the heart of it. So here we were, in famous Cusco, wandering its streets. 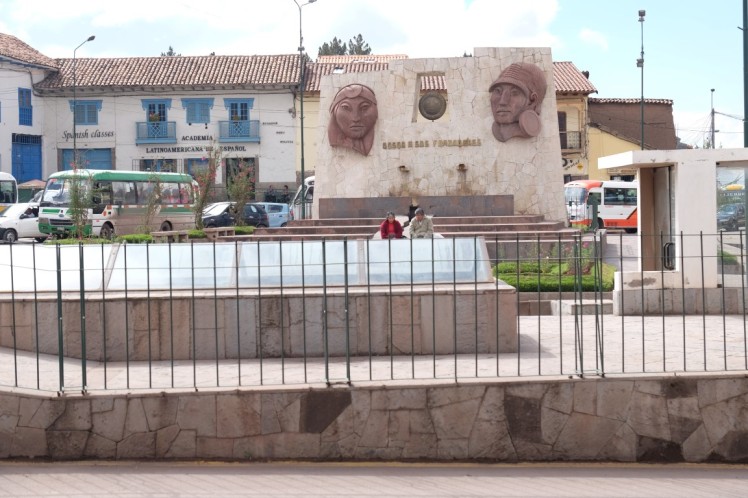 This woman was funny, walking with her hands like this in her back. She made me think that maybe she was afraid someone would come from behind and pull on her braids!

A small street we walked in

On the side, we saw those llamas! My first llamas in Peru, yeah! These are so funny with their long hair!

Arriving at a plaza. Pretty city of Cusco indeed. 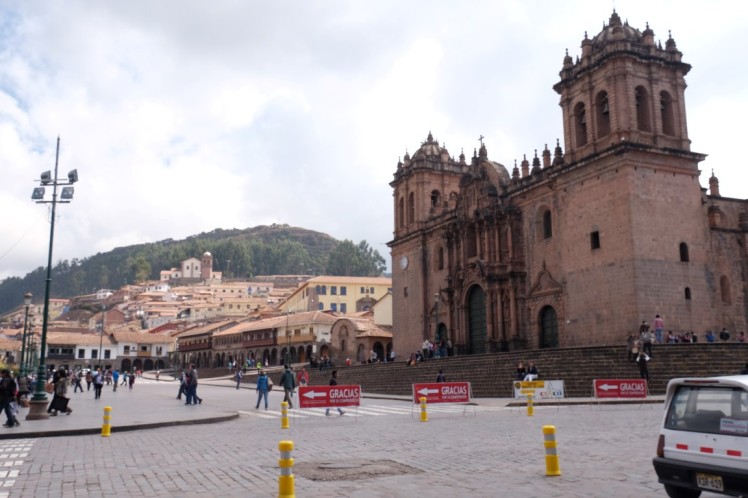 Another shot, I love that there are the mountains in the background like this 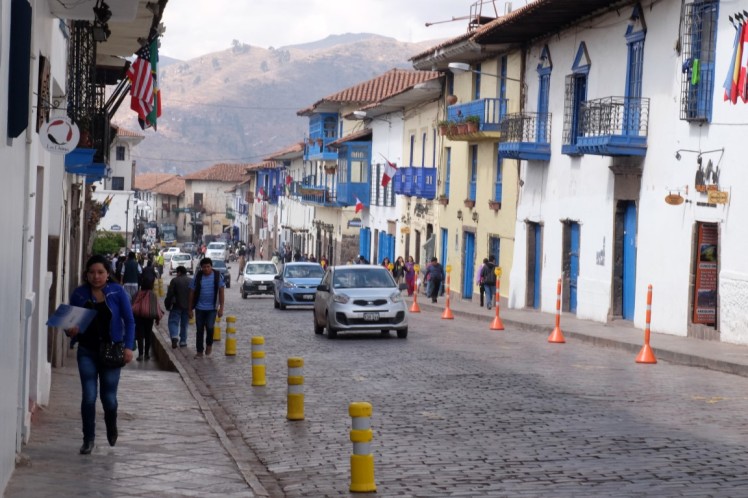 We got to the Ecopackers and went upstairs to Anouk`s dorm where 18 of them had slept! She packed her bag, everyone of her group was also packing their bag as most of them were flying out back to London in the afternoon. They were all wearing Peruvian pants, ponchos, scarves, hair bands, as most of their clothes were still dirty and went from not drying in the Amazonian jungle. They gathered in the main courtyard of the hostel and that made an impressive group!

Then we were off with her bags, transferring to the hostel she had booked for us. On our way we saw the Peruvian Policia. They were ready in case a demonstration was turning to be too hot. 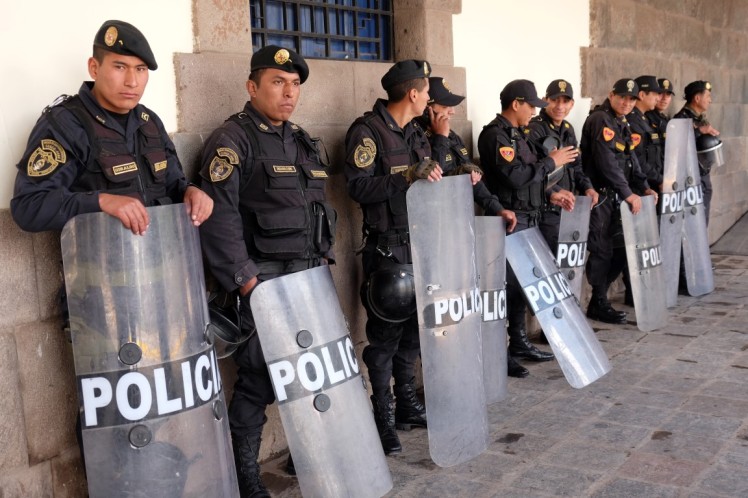 In front was those guys opening up a banner

Which turned to be as following,something to do with some new university law. 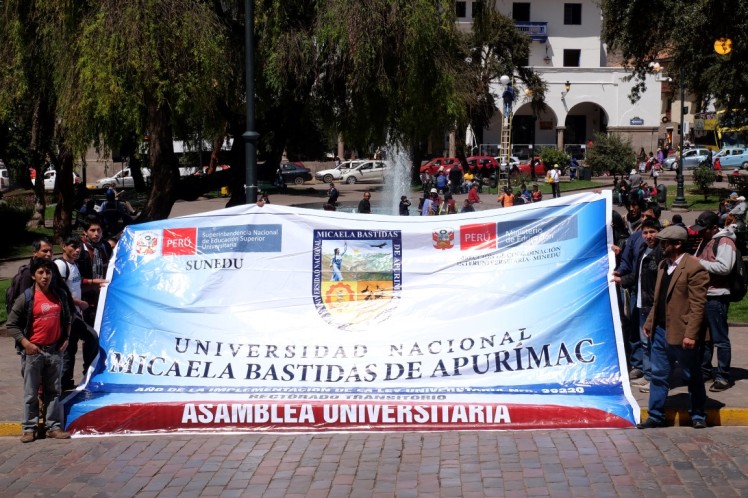 We kept walking and also saw some militaries ready too. The atmosphere was not tense though.

Then we saw this guy which looked dressed like a gladiator from the Roman Empire, luckily Anouk was there to tell me he was dressed like an Inca Emperor. Just got here ahah, sometimes I forget where I am, in Peru! 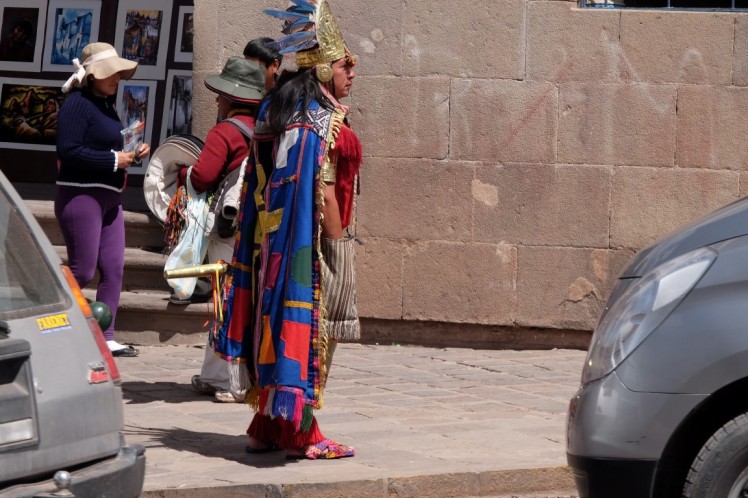 Some of the people are very authentic in the way they dress, like this woman. 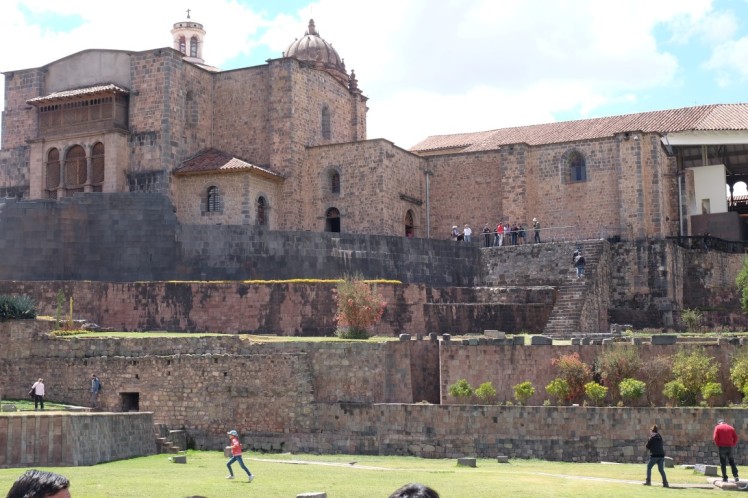 Women chatting while selling mandarins from their wheelbarrow.

And here was our street. We got our room and then chilled out and chatted a few hours, catching up with the months that had gone by and then headed off for lunch in some true Peruvian place. We found one with lots of locals and no tourists, perfect. Had soup first.

Then rice, veggies and juice. We didn`t want to take the risk of getting sick before Macchu Picchu so only ate the rice this time. 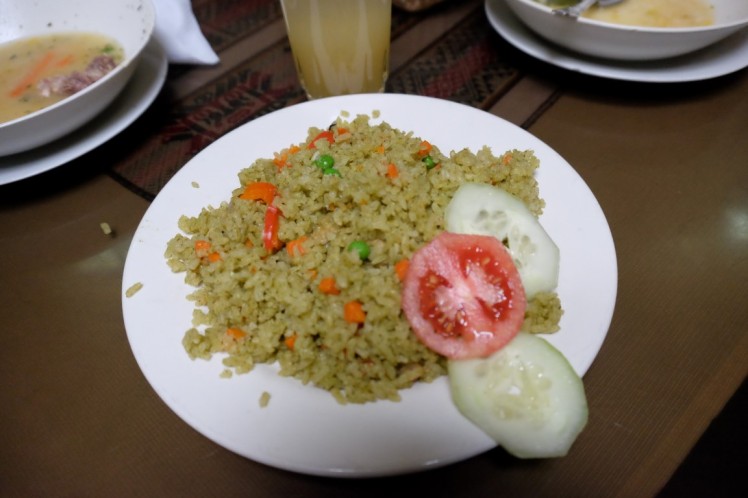 After that, we walked to a market of authentic Peruvian items and shopped around for some of the afternoon. I bought a Peruvian jumper, Anouk some little llamas and other things to bring back to Europe. 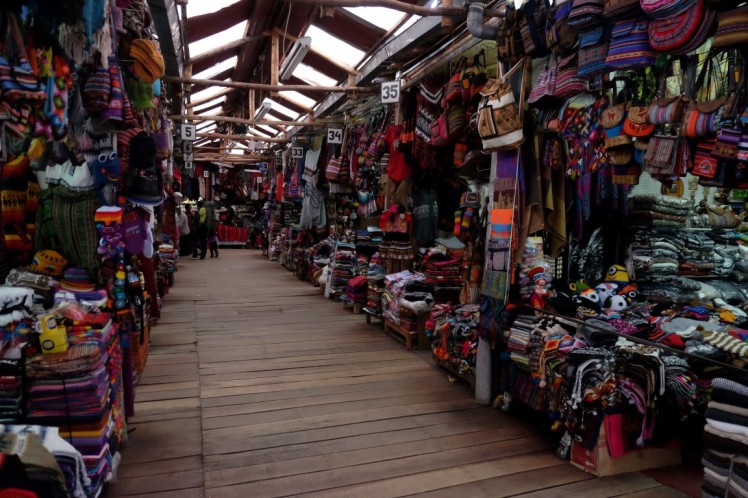 We saw some hiking stores too. If you ever forgot anything, a place like Cusco has lots of gears! 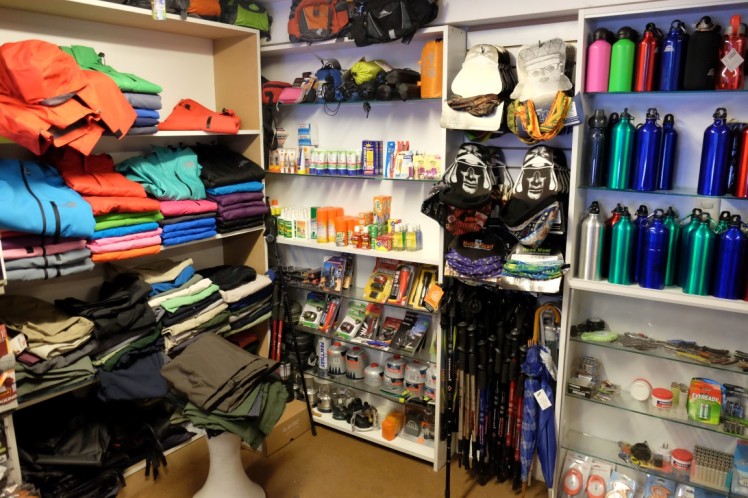 We saw a procession in the streets. Apparently in Cusco, there are often some like this.

Arrived at this plaza

Got to another market selling lots of stuff 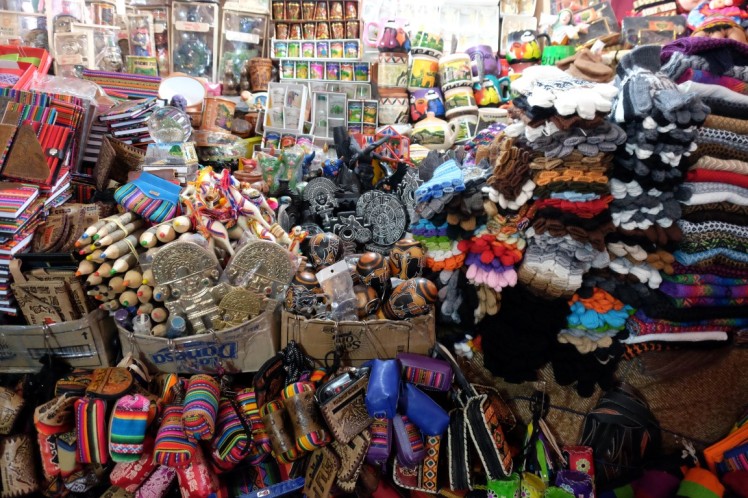 Strange fruit. We bought one and tried it on the spot, it was tasting like melon.

More shots of the market 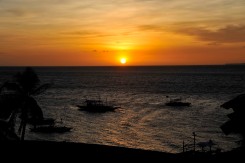 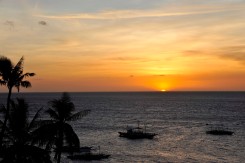 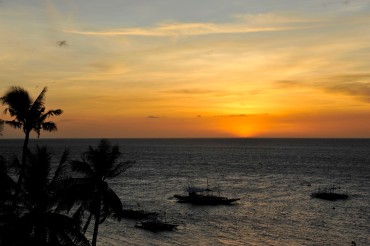 Another procession after the market

Cusco in the late afternoon

We visited a church and I found the face of Jesus interesting, he looked annoyed being dressed like a king. More funny was that the saint on his left was called St Hilarion. In French, “hilare” means “in high spirits, laughing, merry”, like if the saint was sharing Jesus`boredom and teasing him, not able to stop laughing himself about the situation.

The church and plaza 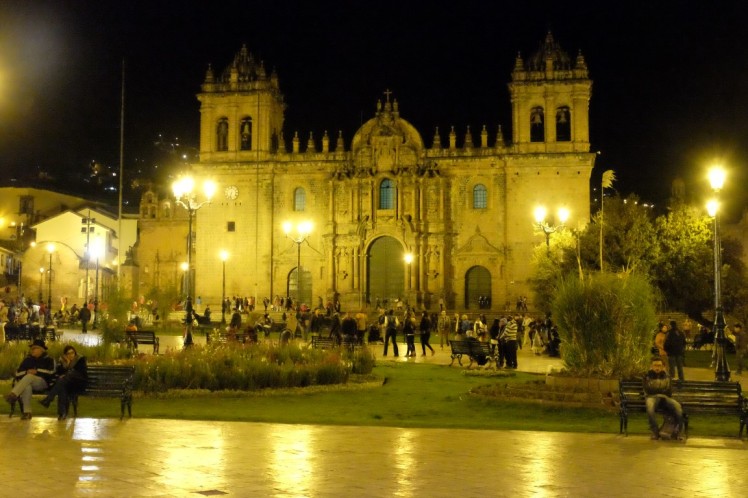 On the hill at the top, the White Christ,standing out in the dark. 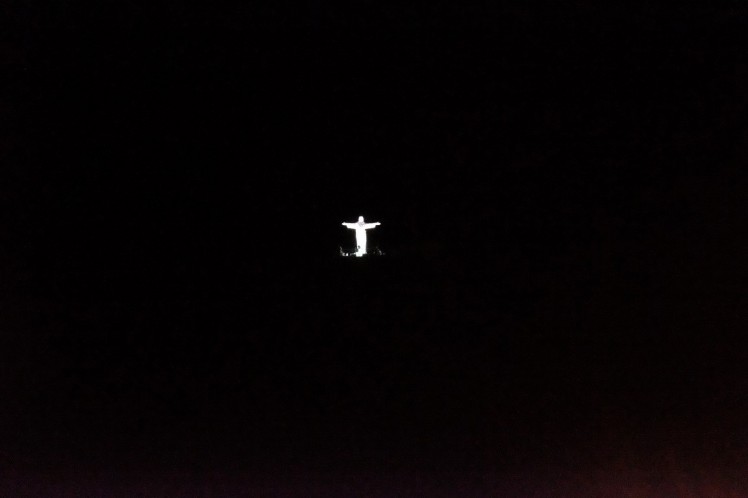 It is really beautiful at night to walk around Cusco as the lights of the houses on the hills look like a starry sky.

The fortress at night

In the evening, there was no cold shower in the hostel! Yes, COLD! So I got a basket, poured the boiling water in from the shower, waited a bit and showered with a cup once the water had cooled down a bit. Funny, usually hostels run out of hot water, not of cold one!!

We packed our small bag, tomorrow off to Aguas Calientes to see Macchu Picchu! The taxi arranged in the afternoon picking us up at 6am to drive us to Poroy from which we were catching the train.