Still in Bogota. In the morning, Mama Elcida made me discover another type of Colombian soup that is eaten for brekky, with eggs, bread, milk and spinach. 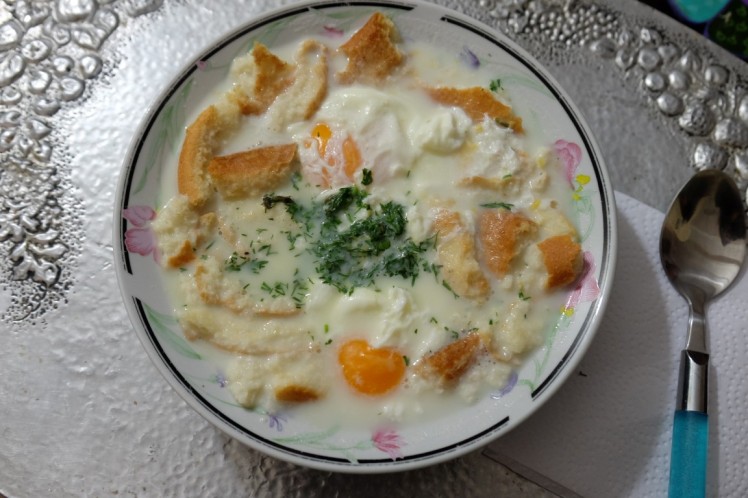 After that, I took the Transmilenio again to go do some errands in Bogota city centre. I met with Flavius in front of the Museum of Oro and we started first by going to a type of post office called 4-72 near Plaza Bolivar that Annemone had recommended to me to ship things abroad. I shipped back to Australia 1.5 kilos of stuff I had realised I didn`t need. Then we went to a hiking store that Flavius knew where I asked for water-repellent cream for my hiking shoes, and luckily they had a small light little pot I could use, perfect. After that, we went for a rewarded coffee in a place Flavius knew which turned to be the best cappuccino I have had so far in the entire Colombia! I strongly recommend going there when you are craving a good coffee if you happen to be in Bogota! It is called Valetto Cafe and located Calle 12a #6-87.

After that, we walked the streets to find a flower shop. Street scene while walking the streets.

On a main street just transformed into a walking path, no cars anymore.

I asked a woman where I could find roses and she happened to know a shop called Cupidon near Museo del Oro stop where I found a beautiful bunch of 12 red roses I could get for Mama Elcida, yeah! Then we turned back but Museo del Oro bus station was closed because a demonstration was going on where hundreds of people were carrying a really long Colombian flag.

What they were demonstrating for was not really clear to me, but here is a photo of one of their sign. 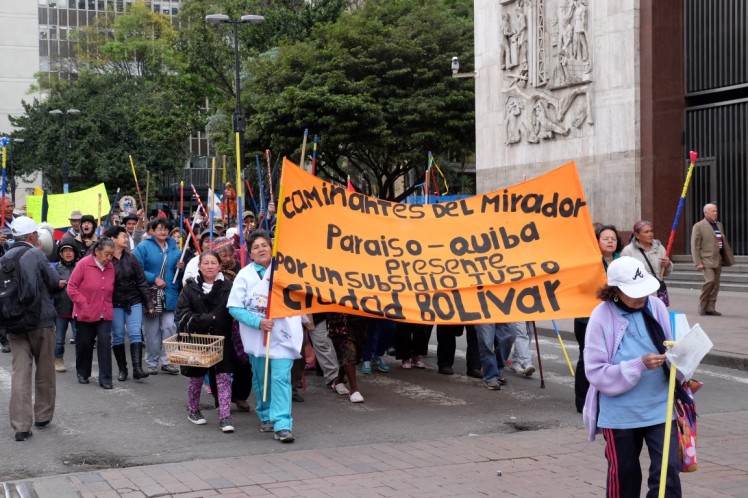 Next to them was a group of young guys oblivious to the demonstration, practicing break dance.

While a girl with a lama was cruising around too. Funny city! 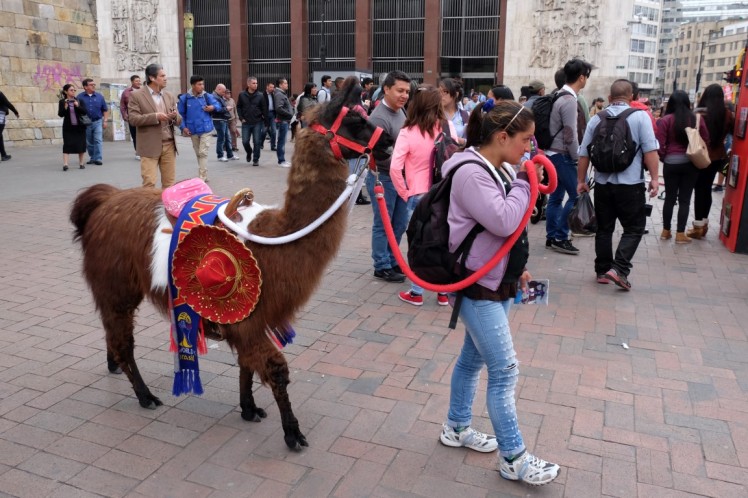 We walked to another bus stations. On our way to there was this beautiful tag.

And off I was in the transmilenio. Flavius was flying the next day to Brazil to go see his mother who had relocated there and spend some time there before to head back to Belgium. I like to stay in touch with travellers, everyone then spreads all over the world. It becomes this intertwined web of so many routes of so many people on the road. At that specific moment, while I was heading to go catch a flight to Peru, Martina had already reached Vancouver, Nicola was back there, Bryan back in Montana, the Casa Elemento boys somewhere on their 6-week motorbicycle trip, Khaled in La Paz, Francois heading to Mexico, Sebastian somewhere in Ecuador, Paul and Manue somewhere in Huaraz or Arequipa in Peru and all the others I am not mentioning here in so many other places too. When you start travelling, you travel so much more than just the travel you are doing! This is truly magical!

I stopped over at Mama Elcida place and had lunch with her and she called me a taxi and before I knew it I was saying good-bye and off to the airport already.

Taking off from Bogota off to Lima at 4.45pm. What is striking is to see so many military planes from the plane. It shows Colombia still has a couple of things on the go. 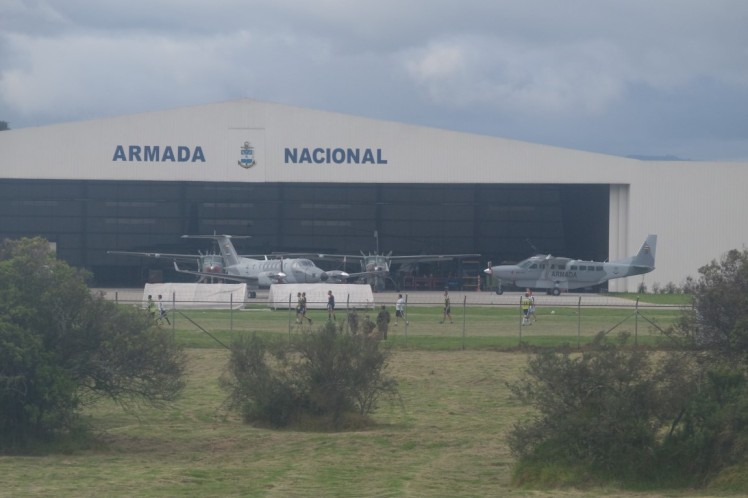 Bye-bye Bogota and Colombia! I had an awesome time! Hope to see you again one day!

I landed in Lima at 8pm.  Went through customs. Grabbed my bag. Asked where the ATM was. Withdrew some Peruvian soles (1AUD = 2.4 soles). Asked where the official taxi booth was. Grabbed a taxi to a hostel Khaled had recommended me in Miraflores called Jose Luis (What a coincidence with the baby name at Posada Sierra Nevada!). There was fog everywhere in Lima, it was such a strange atmosphere. Had not seen fog like this since that one special night in Casa Elemento where the fog had wrapped everything!

Dropped by bag there. Was told to turn left and left to find dinner at a nearby place. Went there and saw an amazing collection of beautiful cars in the street of my hostel. Had dinner, came back. Took my camera and went to take photos of them. 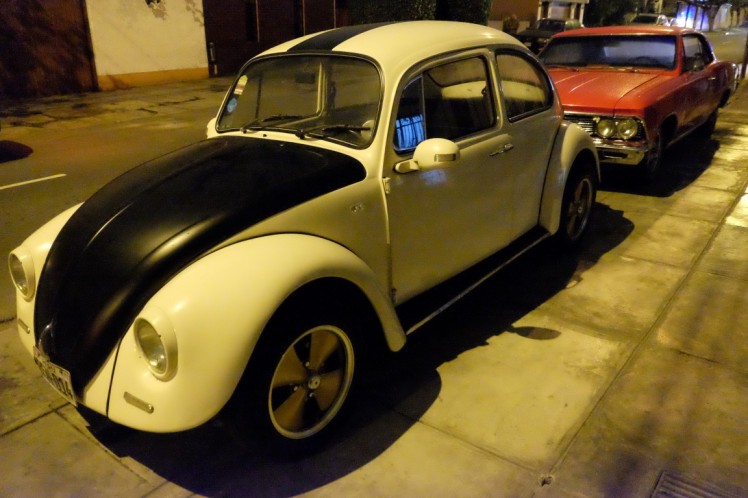 This man on the right explained to me that they all belonged to one man only living nearby who had a full collection in a museum in Lima called the Museum Nicolini. Looks awesome for beautiful old car lovers: https://www.facebook.com/AsociacionMuseoDelAutomovilColeccionNicolini/photos_stream

This one was my favourite, what a shape, what a length. So beautiful to see a car like this there. 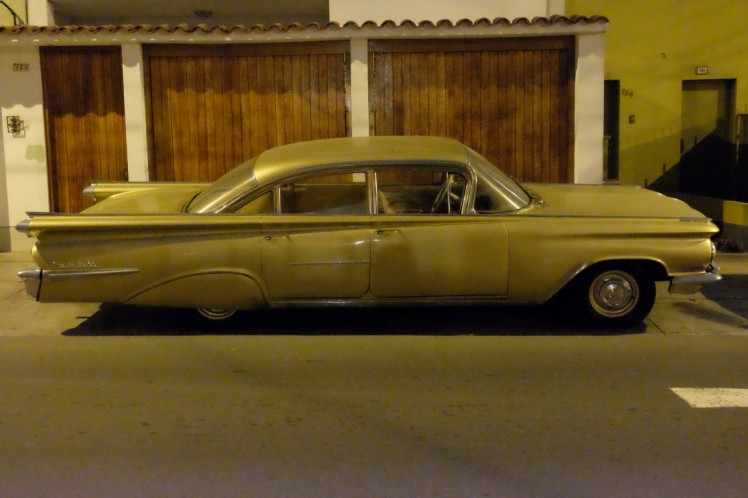 Went back and slept around 10.30pm

Woke up at 4.10am, got quickly ready, had the taxi at 4.20am, off to the airport.  When I am in an airport, I just love spending time in front of those Departure boards to see which destinations I know, and which ones I don’t. Here on this sign there were lots I had never heard of: Jauja, Huanuco, Ayacucho, Chiclayo. 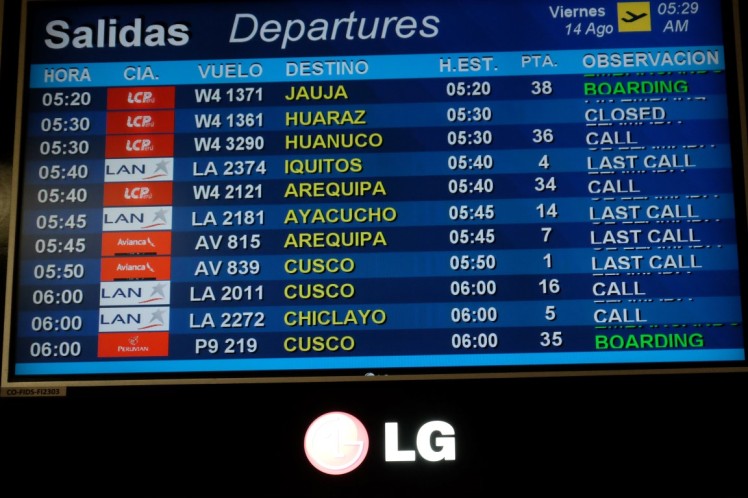 Same on that one! Trujillo and Piura. 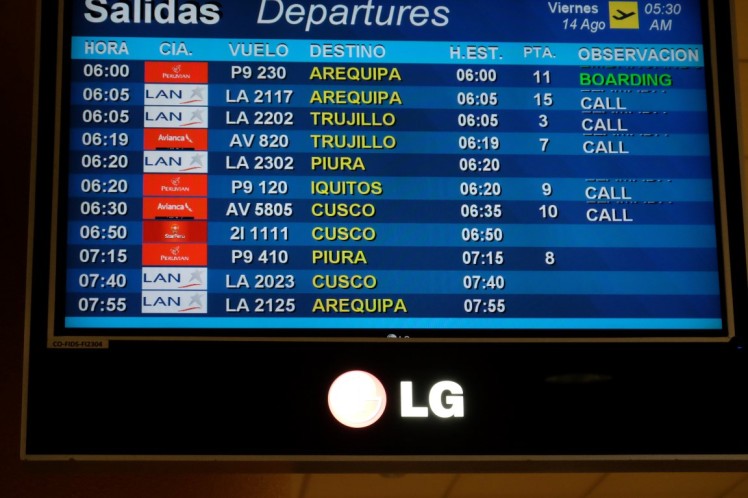 So here they are on a map! Welcome to Peru! 🙂

At the Lima airport, they had pain au chocolat!! I had not really seen any in Colombia. Miam miam. Got one for brekky. 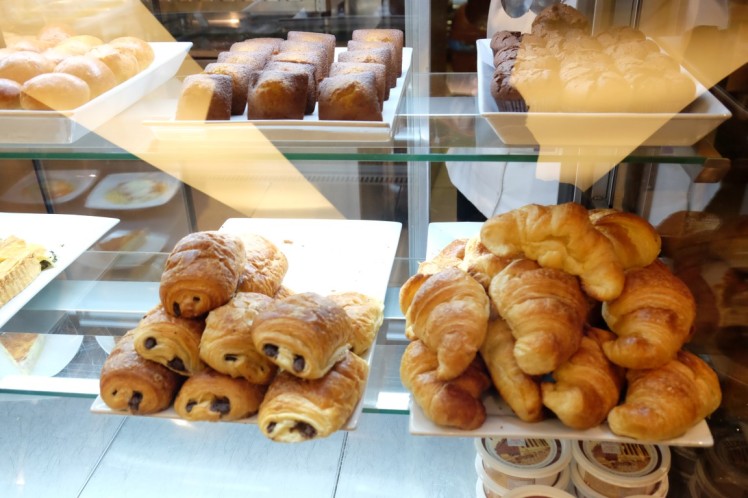 The plane was a funny plane with reactors not where you expect them.

The flight was 1h10 of pure happiness flying above the incredible Andes mountains. I could not stop looking outside of the window for the entire flight. It started like this. 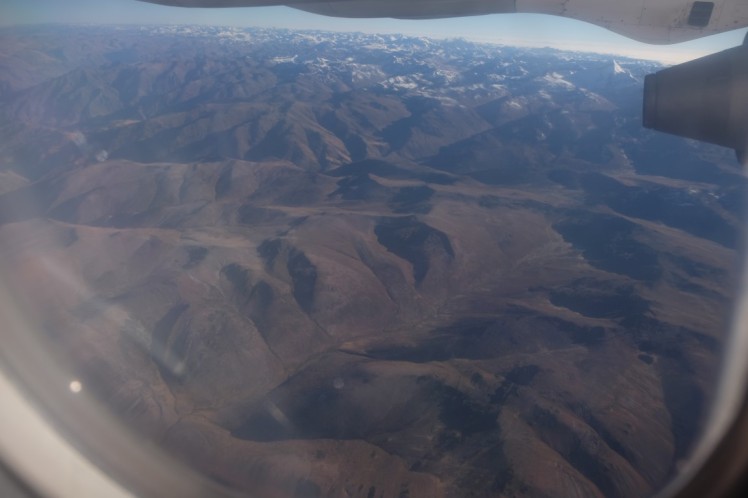 So many snow peaks

Some with no snow again

And some peaks with no snow, snow, clouds. Gorgeous. What a country full of mountains 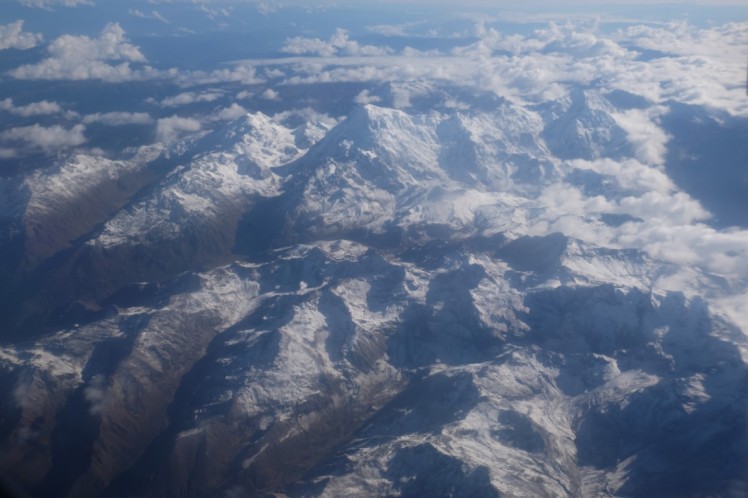 And then a valley with no snow, getting closer to Cusco

Landed. Here was the plane I was in. 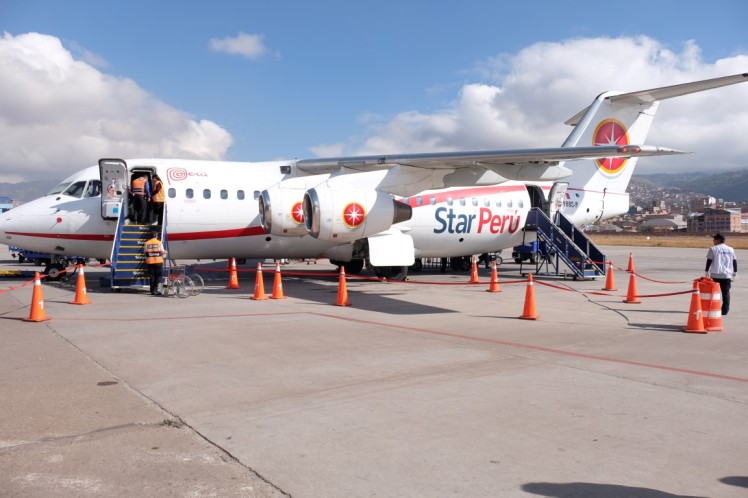 View on the right of the plane.

While waiting for the luggages to arrive, I chatted to the girl on my right and asked her where her hotel was and if she wanted to share a taxi. She turned to be French and with her husband there, we grabbed our luggage and headed to the taxi area and started chatting. Marylin and Fabien were on a 3-week holiday in Peru and Bolivia and heading to Macchu Picchu the next day too. We chatted about meeting there on the site, the taxi dropped me at the hostel and off they went. Statue seen from the taxi.

There I registered myself and within 5 minutes, I saw my friend Anouk arrive, perfect timing! Anouk is one of my best friends I have known for 7 years now. I met Anouk while travelling in India in December 2008 and we happened to both live in London at the time so became friends in London. I had not seen her since Christmas, 7 months before. She had just spent 3 weeks in the Amazonian jungle with the British Exploring Society with scientists and young people searching for new species of insects, frogs, plants, sleeping in hammocks and washing in the river. It was so cool to see her!!

Off we were in the afternoon to catch-up and explore Cusco!