This will probably be the shortest article of all! 🙂

As anyone who follows the blog knows because you got spammed by notifications of new articles during these three days (Sorry about that!), I literally spent those 26th,27th and 28th September catching up on blogging all the travel adventures of the past month. Why take so much time off? First, because travelling for a long time is not the same as travelling for a few weeks only. You really need “days off” travel, “week-ends” within your travel, to relax, do nothing, or think through about what you explored and discovered so far. Otherwise, everything you did would start to fade away and become a blur, you would just get bored and tired of travelling, everything new you do would start to become the same. You need that time off to breathe so that you can keep going with as fresh eyes and energy as when you had just started! At least, that`s my feeling about it, and I have met a couple of long-run travellers who felt the same. Now, it is up to each person to figure out what works best for them, how to take that time off. Then for me, why blog so much? Well, I love it!! First, so that I can remember a few years later what I did. I don`t write a paper travel diary anymore, I blog instead. Second, because it is so nice to share it with friends and family and whoever is interested in these destinations.
I get so great feedback from you guys about it that you enjoy it that it makes me happy and willing to share even more.

Here was my headquarter most of the time called Cafe de la Paz. I had read that the WiFi was good there, but it also turned out that this was the partner place of Flying Dog hostel where the included breakfast was served, so that was even more convenient! 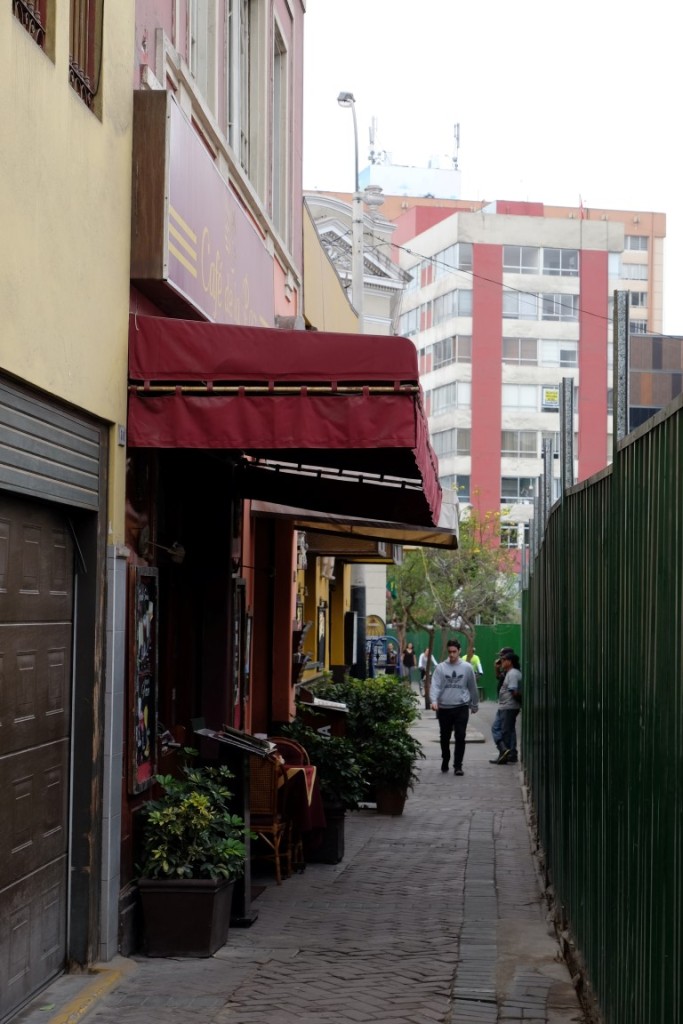 And here is the inside of the most “Parisian style” cafe you could find in Lima! 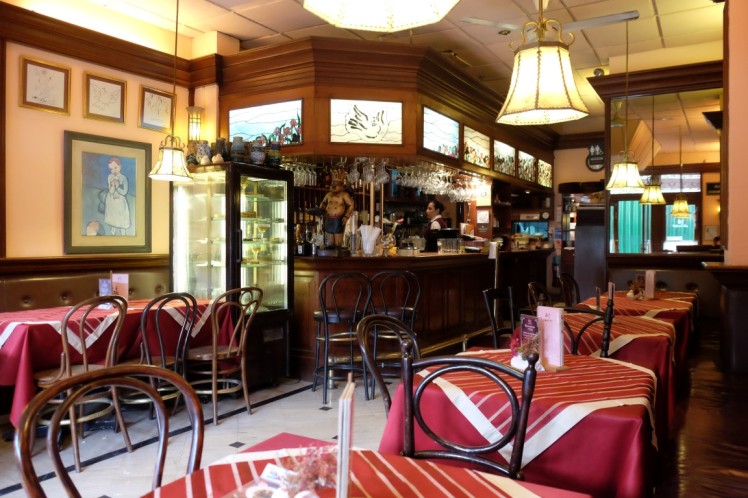 This is the corner in which I was sitting from 8am to 10pm every day for 3 days. It was a great spot because there was a plug nearby to keep the computer charged. 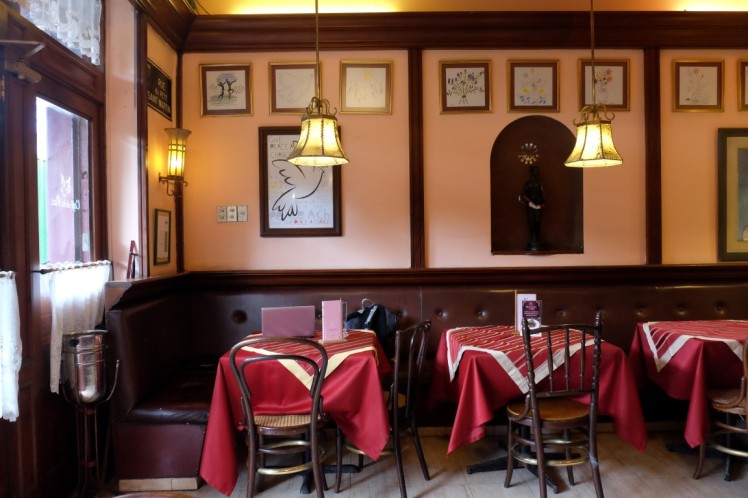 I had countless teas and cakes, tried many of the dishes on their menu, and heard about a dozen time the CD of the French singer “Camille” and a few other CDs. 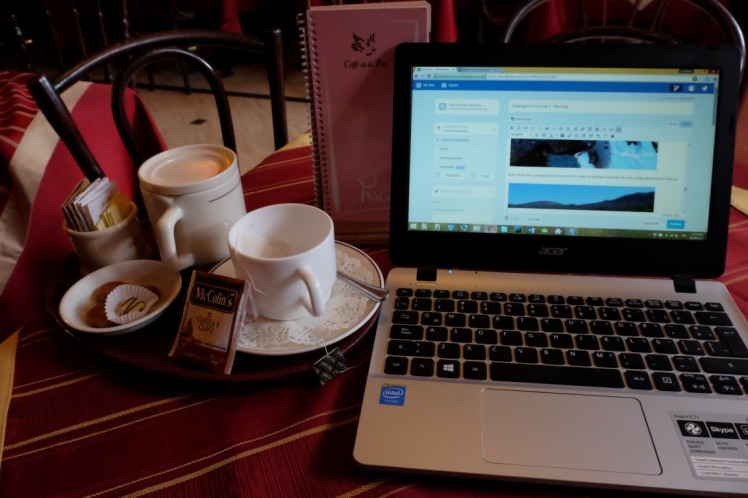 And to anyone who is a passionate blogger and travelling South America right now, if you are lacking behind and happen to stop in Lima, I can highly recommend this spot as being super quiet and enjoyable to sit in for hours on length and most important it does have a good WiFi when it works! I lost the entire morning of the second day when the WiFi didn`t work, moving to another cafe where the WiFi was so slow that my pad mouse kept freezing and crashing
the computer and making me have to restart it constantly, which was very annoying.

In the afternoon of the second day, I figured out I better get going south the next day in order to meet my parents in Putre on the Sunday so I booked a flight for the next day to…Arequipa.

So off I was that Monday 28th September evening to Arequipa!
Let`s go south see some condors and check out the White City and the deepest canyons of the world!