At 4pm I grabbed a random taxi from the street and off I was to the airport. I can only laugh again about how scared I was when I landed in Lima for the first time a few weeks before, arriving from Bogota. I had been warned by many travellers and by the Lonely Planet that Lima wasn`t safe, especially the airport and the taxis and to be super careful there. And here I was, taking the first taxi which passed by, not caring anymore about figuring out which one was official or not! The driver
turned to be really friendly and fun and we chatted all the way to the airport. He had worked on tuna fishing ships in the maritime waters of Peru for 25 years which he had enjoyed a lot but which had kept him away from his family and was now a taxi driver since a year in Lima. Half-hour later, I got to the airport and went to the Avianca counter. It was totally empty this time, which was great. Not like the LAN counter 10 days before when I was flying out from Lima to Iquitos!

Not either like the rest of the airport, some queues for some departure counters were massive!

Waiting to get on the plane.

And off we were, bye-bye Lima, see you another time again maybe one day but probably not during the rest of this trip!

From the window, I could see the moon which was full and so pretty.

Here is a map showing the plane route. 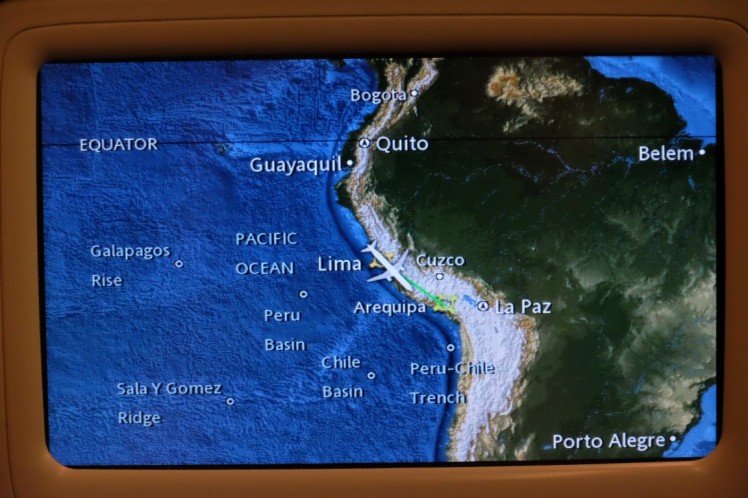 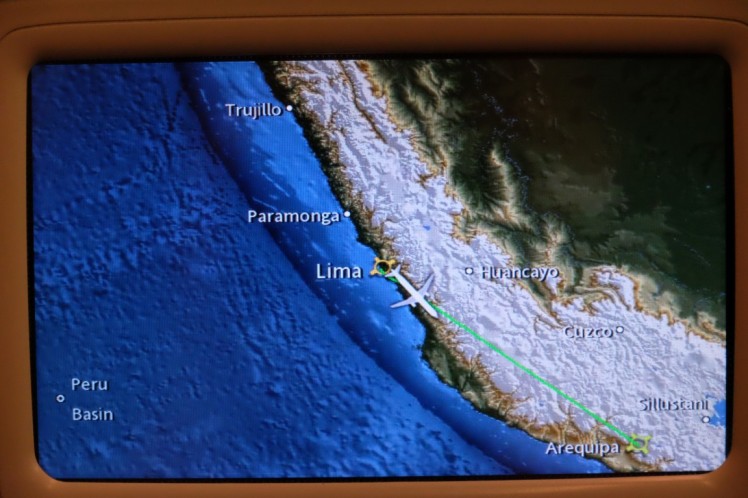 Disembarking from the plane, sold by Avianca but operated by TACA.

Stayed at the Bothy hostel in the centre. This sign at the entrance of the hostel made me laugh. 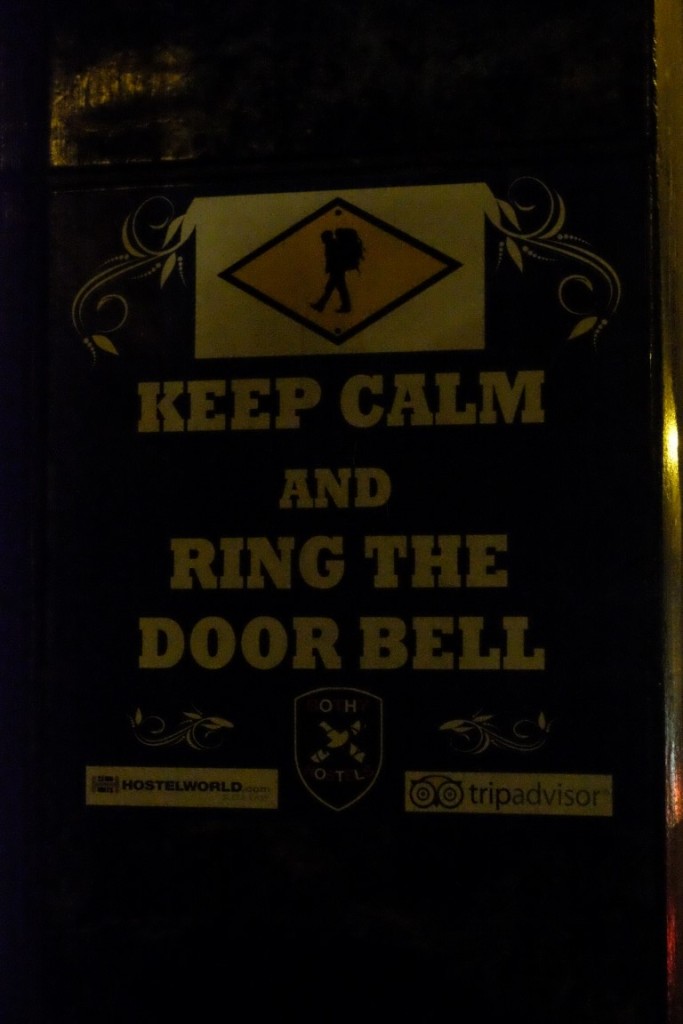 Sharing a dorm of 4 beds with another French girl, Sarah, who had just spent 2 weeks in Arequipa learning Spanish and loved this place so much she had decided to stick around for a while. 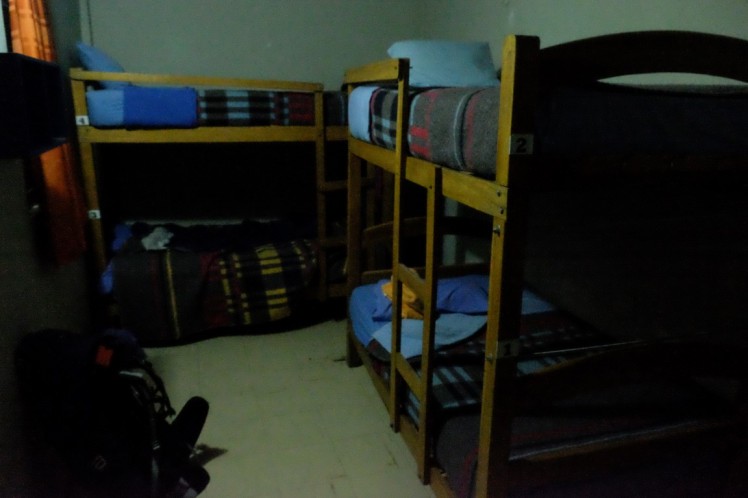 The view from the terrace to the left. This volcano is Chachani at an altitude of 6,075m.

To the middle, the El Misti volcano at an altitude of 5,822m.

And finally to the right, there is also a volcano called Pichu Pichu of an altitude of 5,571m but not visible here. 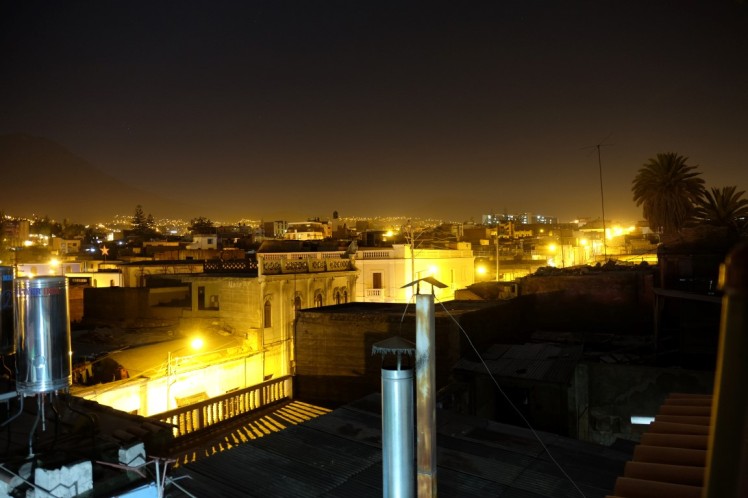 Another view from the terrace.

I really loved the atmosphere of that place and was really excited to see the view during the day the next day. I went around the corner to a place serving a local dinner, which consists in a soup and a basic main.

There I tried to figure out on my phone what the best route was to go from Arequipa to Putre in order to be in Putre on the 4th October to meet my parents there for a week of travels together. I realised that actually going from Arequipa to Arica then Putre may be shorter than going from Arequipa to Puno to Copacabana to La Paz to Putre, and by going south instead of doing a loop, I could probably go on a 3-day or 4-day walk in the canyon instead of just one day. I tried to find details about the Arica-Putre buses but couldn`t find much that evening and decided to leave that for the next morning. I remember how I was also kicking myself for not having already booked a tour to the canyon for the next day and felt really unorganised and about to waste a day, but then reading about Arequipa, I realised it could be nice to walk around and that there were a couple of things to see.

Next day, a day in Arequipa!